“The new test is expected to bring clarity to subject-matter determination of computer-implemented inventions in Canada.” 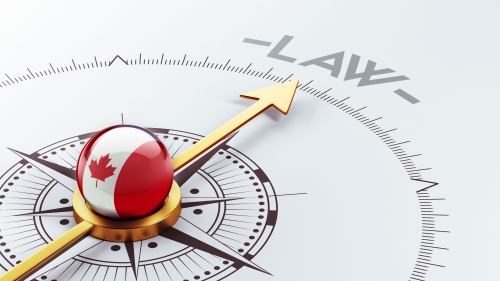 The appeal was filed against decisions by the Canadian Commissioner of Patents finding two Canadian Patent Applicants numbered 2,695,130 and 2,695,146 as patent ineligible under sections 2 and 27(8) of the Canadian Patent Act. Intellectual Property Institute of Canada (“IPIC”), an IP policy advocacy organization, intervened in the appeal proceedings, affirming that the appeal raised a fundamental question of Canadian Patent Law.

Section 2 defines “invention” to include “any new and useful art, process, machine, manufacture or composition of matter.” Subsection 27(8), however, bars patent grant for a “mere scientific principle or abstract theorem.”

In Free World Trust v. Electro Sante Inc, 2000 SCC 66, the Supreme Court of Canada clarified that before assessing subject-matter eligibility, essential elements of claims must be identified by purposively construing claim elements. Factors relevant for purposive construction include noting elements that have a material effect on the invention and the inventor’s intent.

CIPO later devised a problem-solution approach to claim construction, wherein only those elements in claims that were necessary to solve the problem identified in the patent application were considered essential. Thereafter, subject-matter analysis was performed on essential claim elements.

Following a recent Federal Court judgment in Choueifaty v. Canada (Attorney General), 2020 FC 837, CIPO introduced a new Practice Note in November 2020, titled “Patentable Subject-Matter under the Patent Act”, which noted that in order to be patent-eligible, the computer components must cooperate with other elements of the claimed invention, and that actual invention should have physical existence or manifest a discernible physical effect.

The subject of the present Appeal was two patent applications, both titled “Color Selection System”, filed by Benjamin Moore & Co., a commercial paint manufacturing company. The claim elements included color selection methods involving a mathematical equation that modeled human psychological perceptions to color, associating a color emotion score to various colors in a database, and selecting colors based on the user’s input indicating a desired color emotion level. Both applications were filed in July 2007 and published in January 2009.

During prosecution, both patent applications were rejected by Examiners for encompassing non-statutory subject-matter, and not complying with section 2.

In the Final Office Action issued in May 2017, the Examiner, upon purposively construing the claims, noted that computer components could not be considered essential. The essential elements, as noted by the Examiner, included calculating human psychophysical perception values to color elements based on mathematical models, and other elements which are deemed as mere mental processes and patent ineligible. However, the Examiner found the patent applications to be novel and non-obvious.

Claim Construction by the Patent Appeal Board

The Examiner’s decision was reviewed by a three-member Patent Appeal Board, which included an oral hearing. During the proceedings, the Applicant relied on Free World Trust in emphasizing that computer components caused material effect to the claimed invention and were therefore essential. Further, the Applicant claimed that the invention solved a technical problem in the field of color science. However, the Applicant conceded that no attempt was made to solve a computer problem while maintaining the essentiality of computer elements.

The Board, however, concluded that identifying a mathematical correlation between colors and human emotive responses to aid color selection was not a technical problem for subject-matter considerations, and computer components were not essential to the claimed non-technical solution. The Board cited a Federal Court holding in Schlumberger Canada Ltd v Commissioner of Patents 1981, FCA 204, that use of computers for conducting mathematical analysis of data will not render an invention patentable.

Overall, the Board agreed with the Examiner and noted that the essential elements of the claims were directed to mathematical calculations and mental steps. Consequently, the Board rejected both applications for being patent ineligible.

Present Appeal Before the Federal Court

The Applicant-Appellant moved to the Federal Court against the Commissioner’s decisions. Here, the Appellant challenged the Commissioner’s claim construction approaches of “problem-solution” and finding an “actual invention”. The correct approach, Appellant argued, would have been identifying claim elements that have a material effect on the invention or elements the inventor intended as essential. By removing the computer elements as non-essential, the Commissioner had incorrectly concluded that the remaining claim elements were directed to mere mathematical models and calculations. Appellant contended that use of a computer was essential to claims for operations such as identifying adjacency of color pairs, storing the color library, and displaying color selections. This was substantiated by a co-inventor’s declaration, indicating the inventor’s intent on the essentiality of computer elements. The Appellant also cited Choueifaty, where the court held the problem-solution approach to be incorrect at law. However, the Practice Notice of November 2020 continued to follow the problem-solution approach. Additionally, the Commissioner’s approach of considering only the novel elements in the claims as essential and removing “generic” computer components was disputed by the Appellant.

On subject-matter eligibility of CIIs, the Respondent contended that an invention must have physical existence or manifest a discernible effect. Further, implementing a scientific principle or mathematical theorem on a generic computer would not render the invention as patentable subject matter.

The Intervenor, IPIC, generally aligned with the Appellant’s position and called CIPO’s approach to assessing subject-matter patentability improper. Additionally, CIPO’s tendency of broadly construing the “mere abstract theorem” exception was highlighted. It was claimed that despite many judicial decisions to the contrary, CIPO continues using the incorrect problem-solution approach. The Intervenor further critiqued the problem-solution approach for being detrimental to CIIs, which it said resulted in frequent rejection of patent applications. Statistics were presented that indicated a large number of CIIs being patented worldwide, compared to an abysmally low number in Canada. The Intervenor urged a revised framework for subject-matter analysis to correct this trend. Chorus was added to following Free World Trust in claim construction i.e., noting material effect and inventor’s intent in determining whether a claim element is essential. The Intervenor disputed CIPO’s practice of excluding computer elements as non-essential and alleging the remainder of claim as an abstract idea and therefore non-patentable. Consequently, the Intervenor requested the court to re-examine the “physicality requirement” in subject-matter analysis of CIIs. The Practice Notice of November 2020 was also disputed for its improper concession to the problem-solution approach despite the court’s decision to the contrary in Choueifaty.

Recounting a series of previous decisions, including Whirlpool Corp v Camco Inc, 2000 SCC 67, Free World Trust, and Canada (Attorney General) v Amazon.com, 2011 FCA 328 the court held that none of the decisions suggest a problem-solution approach, and instead purposive construction must be followed in subject-matter analysis. The court re-affirmed the Choueifaty decision, where the problem-solution approach was discredited, and added that practical application of scientific principles and theorems can constitute patentable inventions.

The Commissioner’s decisions were found in conflict with the Supreme Court’s judgments in Whirlpool and Free World Trust. Namely, the problem-solution approach, considering only novel aspects of claims in subject-matter analysis, and holding computer components as non-essential for not solving a computer problem, was held as incorrect.

The Appellant’s applications were remitted back to CIPO for a new determination on patentable subject matter based on the legal test set by the court.

The new test is expected to bring clarity to subject-matter determination of computer-implemented inventions. In addition to rejecting the use of the problem-solution approach in identifying essential claim elements, the court has directed that claims should be assessed as a whole in determining whether any practical application is put forward. Therefore, CIPO’s requirement that applications involving CIIs must provide improvements to the functioning of computers is no longer valid. Additionally, CIPO’s practice of limiting the subject-matter assessment only to novel elements in claims or its determination of “actual invention” has been set aside. Further, a bright line towards conducting purposive construction before novelty analysis was re-affirmed.

The decision is subject to appeal.

Gurbir Sidhu Gurbir Sidhu is an Intellectual Property Specialist based in Canada, currently working at Own Innovation, an IP services firm. Previously, he offered services as a patent agent and lawyer in [...see more]