“[R]ights in color marks [in the UK] are only granted for specific shades of a color / colors. This is usually only achieved by providing extensive evidence proving that through continued use of the mark, the relevant public has come to associate the color / color combination in question with the party seeking to protect it.” 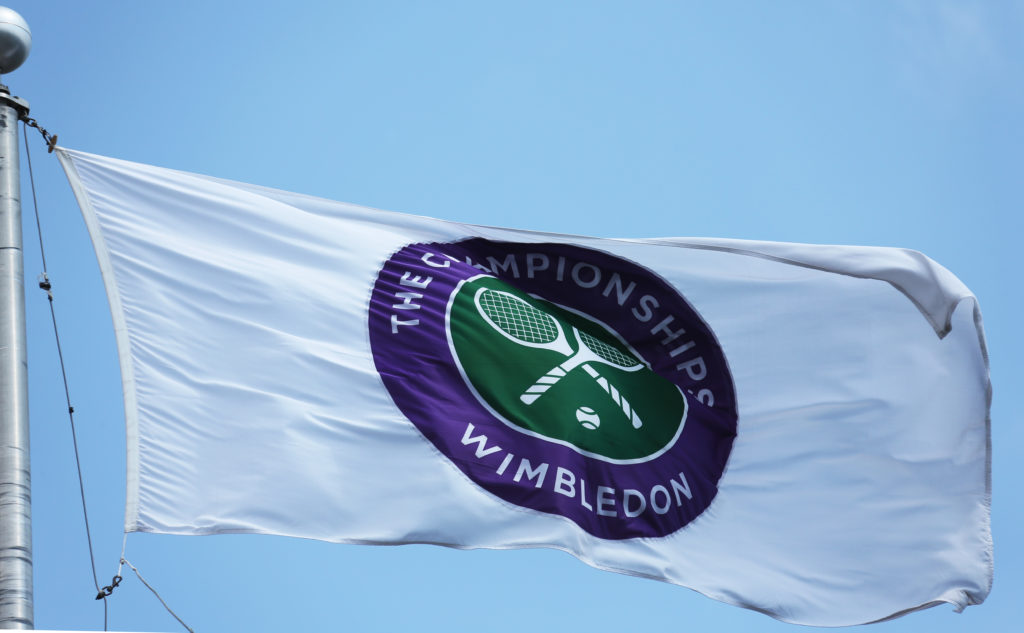 The All England Lawn Tennis Club (the “Club”) has owned multiple registered trademarks for the famous Wimbledon name and other prominent signs for some time. However, the dark green and purple colorway – which has been associated with the Wimbledon tennis tournament for over a Century – has only been protected as a registered trademark in the UK since 2016.

Why is Trademark Protection Important for Sports Events?

Trademark protection in the sporting industry is crucial, given that branding is fundamental to many sports teams and events. For example, for the official sponsors of prominent sporting events such as the Wimbledon tennis tournament, who pay large sums to be associated with the celebrated name, it is essential that the Club has sufficient trademark protection. This will reassure the sponsors that that their licenses with the tournament are protected, discouraging unauthorized ambush marketers.

The Club has always been proactive in their trademark strategy, pursuing protection of marks for the purpose of protecting both consumers and for the Wimbledon tournament itself. The Club is the owner of many registered trademarks for both word and sign marks, including the word mark “Wimbledon” and the famous crossed-rackets logo. However, despite having used a dark green and purple colorway since 1909, the Club didn’t secure registered trademarks for this colorway until relatively recently. Therefore, for many years, the Club has faced numerous issues in relation to preventing the unauthorized third-party use of their signature colors. Unauthorized ticket resale platforms have continuously attempted to pass themselves off as the official Wimbledon tournament. Many of these platforms have deliberately avoided using the Club’s registered trademarks, and have instead used the unregistered dark green and purple colorway on their websites in an attempt to deceive consumers or associate themselves with the official tournament.

If a trademark has not been registered, owners of rights in such signs in the UK must rely on the common law tort of passing-off to enforce their rights against infringers. Passing-off actions are notoriously labor-intensive, costly and require the owner to produce evidence of their mark’s goodwill and reputation in the UK, as well as show that the unauthorized use of this mark will, or is likely to, amount to a misrepresentation which is likely to cause damage to their goodwill or business. Therefore, for more than 100 years, the Club has been forced to rely on the tort of passing off to prevent third parties from using the historic colorway in a misleading way to take advantage of the Club’s goodwill and free ride on the coat tails of Wimbledon’s reputation. Securing a registered trademark for this colorway was therefore crucial for the Club, as the registration of a trademark would act as prima facie proof of the owner’s entitlement to the mark. In other words, the Club could rely on their registration for their color combination to challenge infringers and avoid the cost and uncertainty of passing off actions.

Securing a color trademark is, however, only achieved in exceptional circumstances. Where rights in color marks are registered, the monopolies granted by the UK Intellectual Property Office (UKIPO) are limited in scope. For example, rights in color marks are only granted for specific shades of a color / colors. This is usually only achieved by providing extensive evidence proving that through continued use of the mark, the relevant public has come to associate the color / color combination in question with the party seeking to protect it.

Unsurprisingly, the Club needed to go to great lengths to secure a registration for their green and purple colorway trademarks, providing a detailed survey showing evidence that consumers associated these colors with the Wimbledon tournament, as well as collating a substantial amount of pictorial evidence dating back to the early 20th Century showing use of the green and purple colorway. Although the Club’s attempt to register this mark was initially unsuccessful, on the June 24, 2016, just over six years ago, the Club satisfied the UKIPO that the distinctive character of their dark green and purple colorway had been established through continuous use over a period of more than a Century, and 107 years after the mark was first used in the UK in connection with the Wimbledon tennis tournament, the distinctive colorway is finally protected as a registered trademark.

The mark is in the form of a stripe consisting of the color green (Pantone No. 349 C) adjacent to the color purple (Pantone No. 268 C). The two stripes are of equal proportions and the green stripe is on the left of the purple stripe when presented vertically.

The mark is in the form of a horizontal stripe consisting of the color green (Pantone No. 349 C) adjacent to the color purple (Pantone No. 268 C). The two stripes are of equal proportions and the green stripe is above the purple stripe.

Jasmine Walters Jasmine Walters is an Assistant at Reddie & Grose. Jasmine joined the firm in February 2022 and is a member of the trade mark team. She graduated from the University [...see more]