“Finance has increasingly entered the patent litigation space over the last several years, and more recently, insurance too, with a great deal of money almost flooding the marketplace now.” 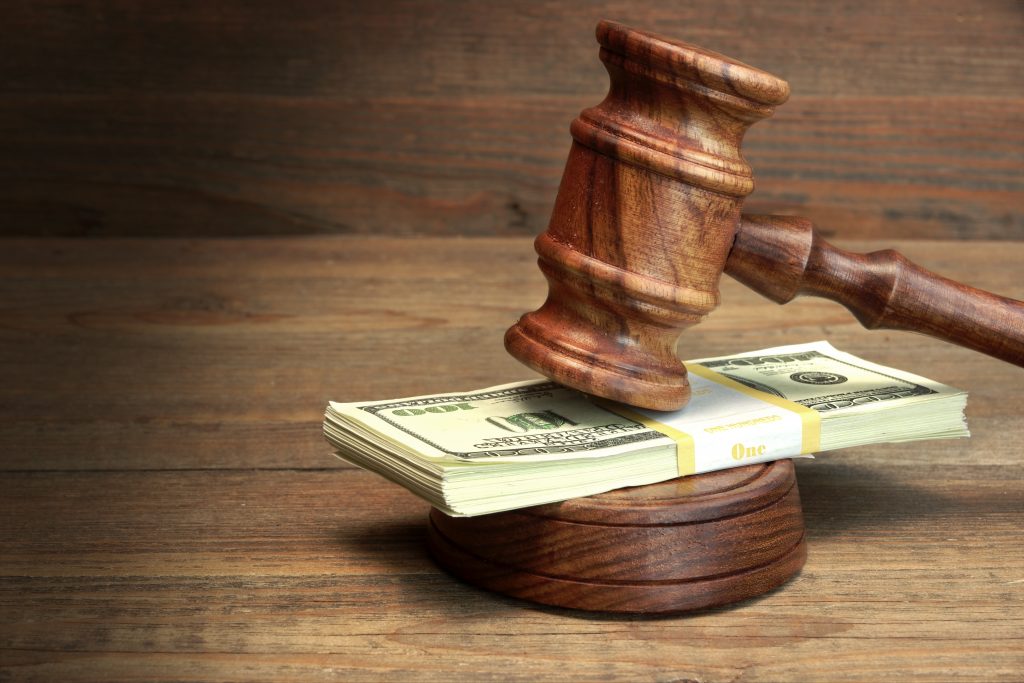 Today, many companies make the business decision to infringe patented technology instead of paying a royalty to license it—so called efficient infringement. The calculation is that it will ultimately be less expensive to ignore the patent rights of innovations than to take a license in an arm’s length negotiation. Over the last 15 years, that calculus has largely proven correct, with changes to numerous laws and the introduction of additional administrative processes all conspiring to make it easier to challenge issued patents. This means that litigation is often the only way for an innovator to protect valuable intellectual property and to stop infringement. Unfortunately, lacking leverage and financial resources, many patent owners cannot stop infringement—in some instances, even after a jury trial.

The Funding Game Has Changed

Finance has increasingly entered the patent litigation space over the last several years, and more recently, insurance too, with a great deal of money almost flooding the marketplace now. This money and its creative deployment strategies are starting to equalize the playing field, which will likely continue for now, as damage verdicts are high, and the Federal Circuit is showing willingness to accept enhancement multiples to punish willful infringement. Of course, the deals and variety of vehicles being used are highly structured and increasingly complex. For that reason, today it is probably better to think of “patent funders” as dealmakers, or perhaps financiers. Simply funding patent litigation is only a piece of what they are doing.

“A lot of businesses fail for unfortunate reasons, such as the cost and drain of patent litigation,” said Phil Hartstein, co-founder and partner of Soryn IP Capital Management, during a recent IPBC panel. He would go on to tell a story about a company with great medical technology that found itself in a protracted patent litigation, which anyone familiar with patent litigation knows will become all-consuming. This company had previously raised money for research and development, and to expand its business, but now found itself increasingly tapping its balance sheet funds for patent litigation expenses rather than planning for growth and expansion of its business—an all too familiar story. But in the market today there is a lot of money coming from alternative sources, rather than from traditional venture capital—this new money is specifically coming from funders specialized in IP issues that are comfortable with litigation being part of a company’s growth process and that will fund the patent litigation and corporate operating expenditures to allow the company to get past the litigation so it can get back on track. In previous years, this company easily could have found itself in a death spiral, unable to attract corporate funding that was ok with patent litigation, might have had to settle the patent litigation for pennies (or nothing) and might not have survived at all, possibly leading to a fire sale of the patent assets. That has changed as funders specialized in IP have become financing sources.

Among other things, patent funders can also put together deals to insure damage awards.

“The way it used to work is you would sell a piece of your verdict,” explained Michael Gulliford, co-founder and partner with Soryn IP Capital Management, in an interview with IPWatchdog.com. “Say, $25 million of guaranteed payments in exchange for the funder receiving the next $50-75 million of verdict. But I think that is an antiquated concept in light of the insurance markets entering the IP space.”

Today, companies can purchase what is called judgment preservation insurance. So, if you have a $500 million verdict you could buy a $250 million (or more) insurance policy to ensure the award. Gulliford explained: “A $250 million insurance policy might cost $25 million to acquire, so it isn’t cheap. But, if the Federal Circuit vacates the award and turns it into $0, then the insurance company pays out under the insured policy. If less than $250 million is awarded, the insured receives the delta between what the award ultimately becomes and what is insured, but none of these insurance companies cover settling for less. So, judgment preservation insurance sets a floor.”

“Companies with A-rated insurance policies and highly meritorious patent infringement claims are able to leverage these kinds of collateral to borrow operating capital at pricing that is much more attractive than what the litigation finance markets offer,”  Gulliford explained.

It is not a single company that winds up as “the insurance company” insuring an infringement award. The structure is referred to in the industry as a “tower,” comprising any number from 5 to 10 insurance companies that come together to have a piece of the deal. They do so because of the sizeable premiums, which are a one-time payment, paid upfront prior to the policy being issued.

“The underwriter in the process evaluates the risk and assumes the role of the Managing General Underwriter (MGU),” Gulliford explained. “The MGU is capable of underwriting the transaction and binding a tower of insurance providers that will offer the insurance. Sometimes the MGU is also affiliated with insurance providers that will contribute to the tower. Other participants will review the process of the MGU. The syndicate will form of the remaining insurers who will come in, buying into whatever percentage they would like to assume.“

“When there is an MGU involved, you still want to assess the quality of the tower, because there is still a significant risk at the Federal Circuit, or that the duration risk is too great,” Hartstein explained. “You want to be confident that the insurers in the tower will pay, say three to four years down the road, when the cases will ultimately be decided.”

“We have helped deserving companies afford the costs of insurance policies, and the financing that allows companies to acquire such policies offers a different cost of capital than what is seen in litigation funding,” Gulliford said. “We also have people contact us after they have a judgment and are looking for insurance or to find someone to buy the judgment. Just having a judgment or insurance policy in no way is a guarantee of a deal, however. The merits of the litigation, as well as the insurance policy, are key considerations. Both need to be at the highest level”

Send Us Your Questions

The patent financing, litigation funding and insurance market is complex, to say the least. Let us know what questions you have in the comments below and we will put it to our experts and follow up with this report in the coming weeks and months.