“It is beyond dispute that companies cannot do business based on patent frameworks that can change every four years, which could happen if the USPTO were granted plenary substantive rulemaking authority on this subject.” 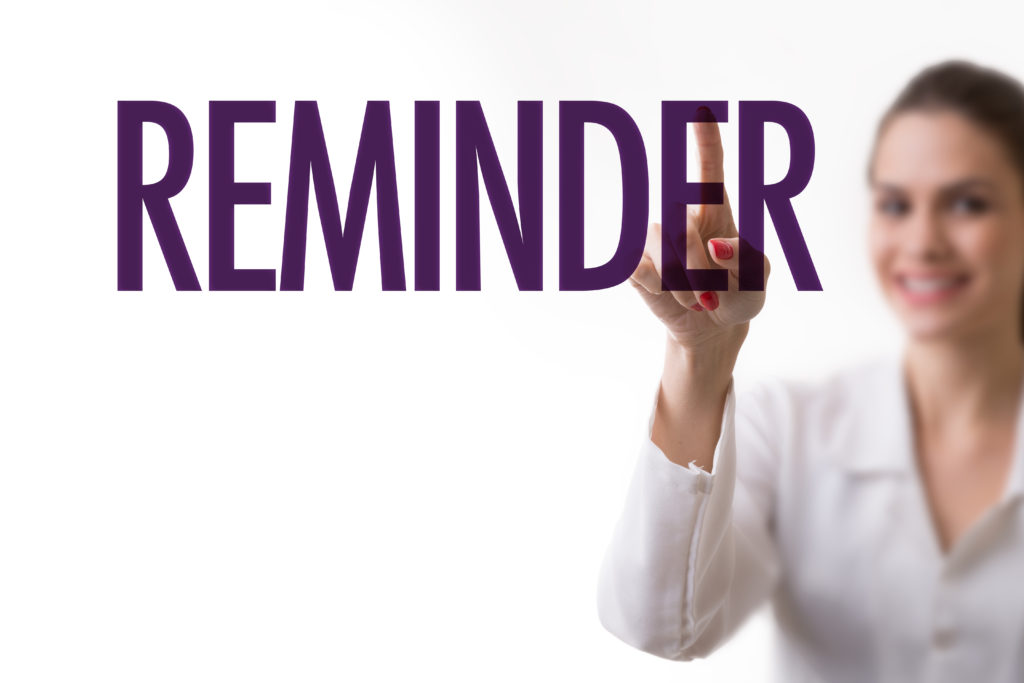 On June 8, 2022, Senators Leahy, Blumenthal, Klobuchar, Cornyn, Collins and Braun sent a letter to U.S. Patent and Trademark Office (USPTO) Director Kathi Vidal expressing concern about so-called “patent thickets” and requesting that she consider changes to the USPTO regulations and practices to address perceived problems with patent examination. The senators asked the USPTO to issue a notice of proposed rulemaking (which presumably must include new draft regulations) or at a minimum, a public request for comments followed by regulatory action, to address their concern about “the prevalence of continuation and other highly similar patents”.

The senators appear to be oblivious to the fact that the USPTO proposed similar rules pertaining to a limitation on continuation applications in 2007, which were challenged in two separate but combined litigations that the USPTO lost (Tafas v. Dudas). In fact, the USPTO currently remains under a permanent injunction forbidding it from promulgating regulations that overlap with the “Final Rules” announced by the USPTO in August 2007. The sanction is contempt of court.

The senators are asking the USPTO to engage in substantive rulemaking, an action it is forbidden by law to do, without a direct statutory delegation of authority, which is limited and currently does not exist for the topics the senators request USPTO action on. Under the U.S. Constitution, only Congress has the power to create substantive patent laws, not the Executive Branch. The Senators may consider that by requesting the USPTO to do what is likely too difficult for them to do (pass statutes restricting the rights of innovators in the United States), they can create a fast bypass to their goal, but the structure of our government does not allow for that.

For the senators who sent the letter to Director Vidal and those who were not practicing patent law in 2007-2008 (or not taught about this litigation), here is the history of the “Final Rules” case that resulted in a permanent injunction against the USPTO that remains in effect today.

On August 21, 2007, the USPTO published controversial Final Rules after comment titled “Changes To Practice for Continued Examination Filings, Patent Applications Containing Patentably Indistinct Claims, and Examination of Claims in Patent Applications.” 72 Fed. Reg. 46716, 46716-46843 (Aug. 21, 2007). These Final Rules attempted to revise the rules of practice in patent applications relating to continuing applications, requests for continued examination, and for the examination of claims in patent applications. In particular, the Final Rules, among other things, limited the number of continuations to two, plus one request for continued examination. Any additional continuing application would be permitted only with a Petition showing good cause why the claims could not have been presented previously. It also limited the number of claims to no more than 5 independent and 25 total claims. If an applicant wanted more claims, it had to perform an onerous pre-examination search and provide an analysis of all presented claims under Sections 102, 103 and 112.

Plaintiff GlaxoSmithKline and sole inventor Triantafyllos Tafas sued the USPTO to obtain preliminary and permanent injunctions against the implementation of the Final Rules. I was the Chief Patent Counsel for GSK at the time and signed GSK’s Verified Complaint. GSK alleged that the Final Rules violated the Administrative Practices Act, were promulgated without proper legal authority, were vague, arbitrary and capricious, and prevented GSK from fully prosecuting patent applications and obtaining patents on one or more of its inventions. GSK emphasized that the USPTO, as a federal governmental agency, obtains its power solely at the discretion and prerogative of Congress, which is embodied in 35 U.S.C. § 2. Congress in turn obtains its power in this area from the United States Constitution: “The Congress shall have Power . . . To promote the Progress of Science and the useful Arts, by securing for limited Times to Authors and Inventors the exclusive Right to their respective Writings and Discoveries . . . .” U.S. Const. art. I, § 8, cl. 8 (emphasis added). Congress has not granted the USPTO the authority to restrict the number of continuing applications, requests for continued examination, or claims that may be filed. Thus, by issuing final regulations that set forth binding and mandatory rules that impose such restrictions, GSK and Tafas argued that the PTO engaged in ultra vires rulemaking.

After full briefing on Motions for Summary Judgment, on April 8, 2008, Judge Cacheris agreed with Tafas and GSK that the USPTO did not have the authority to impose the “Final Rules” and issued the following permanent injunction:

The USPTO appealed the Summary Judgment decision to the Federal Circuit. Thirteen amici submitted briefs, the majority of which supported GSK and Tafas. On March 20, 2009, Judges Prost and Bryson delivered a mixed decision, with a strong dissent by Judge Rader, holding that Final Rule 78 that limited continuation and claim practice was invalid as inconsistent with patent statutes, but holding that other aspects of the rule package were procedural and consistent with the law. The Federal Circuit agreed with the district court that the USPTO does not have substantive rulemaking authority to limit continuing applications. 559 F. 3d 1345 (Fed. Cir. 2009)

GSK, Tafas and the USPTO, along with numerous amici, petitioned the Federal Circuit for en banc review of this important ruling.  On July 6, 2009, the Federal Circuit granted en banc review and vacated the panel decision, rendering the prior mixed Federal Circuit decision null and void. Shortly thereafter, David Kappos was appointed Director of the U.S. PTO.  GSK settled with Director Kappos in exchange for an agreement to rescind the entirety of the Final Rules. Tafas petitioned the Federal Circuit to maintain the U.S. District Court decision in place, which was affirmed by Order on November 9, 2009, signed by Chief Judge Michel. With this Federal Circuit Order, the permanent injunction against the entirety of the Final Rules package issued by Judge Cacheris of the Eastern District of Virginia remains in effect to this day. Therefore, the promulgation of regulations that overlap with the Final Rules can risk contempt of court.

The USPTO Lacks the Power to Engage in General Substantive Rulemaking

In 2011, Congress did specifically delegate substantive rulemaking authority to the USPTO to create regulations governing the function of the new Patent Trial and Appeal Board (PTAB) as part of the America Invents Act (AIA). We have all seen how well that turned out! There has been endless deep criticism, debate, and assorted attempts to fix the process, and most recently a bill with tweaks introduced by Senators Tillis and Leahy. Prior Director Andrei Iancu did his best, but there are only so many band aids that can be applied to a fundamentally flawed framework. If we allow Senators to “backdoor” a substantive rulemaking process on continuations and claim limitations without direct rulemaking authority passed by Congress (this time with our current knowledge of how the PTAB turned out), we have only ourselves to blame.

Further, if Congress were to grant substantive rulemaking authority to the USPTO to govern the number of continuations and claims that can be presented in a comprehensive patent application, the result could swing like a pendulum, depending on who is elected President of the United States, resulting in who is appointed the next Director of the Patent Office. In the extreme, every four years we could have a different, inconsistent rules package imposing or removing limitations on continuations and claims. It is beyond dispute that companies cannot do business based on patent frameworks that can change every four years, which could happen if the USPTO were granted plenary substantive rulemaking authority on this subject. It would destroy our innovation environment and capital investment because there would be no certainty or well-considered prediction of future markets.

Our founders wisely understood that the basic tenets of our innovative economic system cannot be at the whim of administrative agencies, pressured by the Executive Branch that installed them. The structure created in the Constitution—one of the finest documents ever written—made it hard to change the patent laws by solely vesting that power in elected officials who have long tenure and requiring consensus.

The senators also raised two questions about terminal disclaimers and focused on what they refer to as obvious variations. Interestingly, the letter from the senators refers specifically to the terminal disclaimer regulation of 37 C.F.R. 1.321(d), which was promulgated as part of the statutory CREATE Act (35 U.S.C. §102(c)) (provides benefits of common ownership under Joint Research Projects), and not 37 C.F.R. 1.321(c), which pertains to the submission of terminal disclaimers to obviate a rejection under the judicially created doctrine of obviousness-type double patenting. One would imagine that universities and research institutions would have a lot to say about abrogating their protections under the CREATE Act, which they fought hard for.

Further, one has to question whether regulations passed by an administrative agency can override the “judicially-created doctrine of obviousness-type double patenting”.  Can the Patent Office change a judicially imposed doctrine? And a thought for a later day—can the judiciary itself create substantive patent law on double patenting when the Constitution clearly indicates that Congress has the sole power to create patent law? This begins to look like an Escher print, with all groups ignoring the only true blueprint—the Constitution.

Recommendation to Director Vidal on How to Respond to the Senators

It is recommended that Director Vidal respond to the senators’ June 8, 2022, letter by kindly pointing out that the USPTO does not have substantive rulemaking authority to propose or promulgate the draft regulations requested by the senators. A letter to the USPTO from six senators does not constitute a formal delegation of substantive rulemaking authority to revise the law on U.S. patent claims and continuation practice. Further, to do so raises the serious risk that the USPTO may be considered in contempt of court as a violation of the permanent injunction issued by the U.S. Federal District Court for the Eastern District of Virginia.