“In addition to the UK and Switzerland insisting that a waiver would not solve the real problems, advocacy groups have staged major protests.” 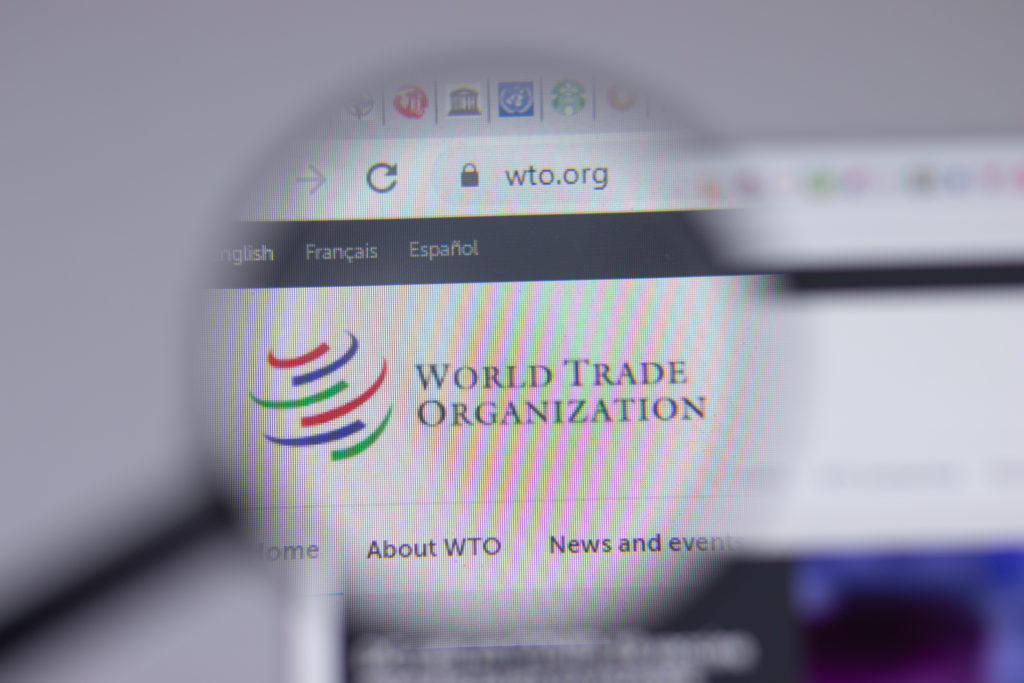 The People’s Vaccine Alliance issued a statement today, one day before the World Trade Organization’s 12th Ministerial Conference is set to end, accusing the United Kingdom and Switzerland of being “major blockers of the TRIPS waiver for twenty months while millions have died without access to COVID-19 vaccines.” Anna Marriott, Policy Lead at the People’s Vaccine Alliance and Health Policy Manager at Oxfam, said the two countries “have repeatedly disrupted negotiations using the amendment process to ensure that any text is difficult to use or implement” and added: “It would be totally false for rich countries to shift the blame for the current state of TRIPS negotiations onto anybody else.”

The 12th Ministerial Conference is taking place this week, June 12-15, at WTO headquarters in Geneva, Switzerland. As part of the four-day meeting, discussions around the latest text of the proposal to waive intellectual property (IP) rights under the Agreement on Trade-Related Aspects of Intellectual Property Rights (TRIPS) for COVID-19 vaccine technology are being held around the clock, and it is expected that some agreement could be reached. However, reports this week have indicated that “talks are still ‘problematic’”. In addition to the UK and Switzerland insisting that a waiver would not solve the real problems, advocacy groups have staged major protests.

In May, the latest draft text, which was leaked in March, was sent to the WTO membership. It seems that no one is happy with the compromise language. Advocacy groups like the People’s Vaccine Alliance have been regularly issuing press releases calling for a return to the original proposal by India and South Africa, which was much broader than the current text. And intellectual property rights and business groups like the U.S. Chamber’s Global Innovation Policy Center (GIPC) have said that the waiver proposal still “represents an attempt to solve a problem that currently does not exist.”

The draft outcome document circulated in May largely tracked that of a leaked draft circulated in March, but some open questions remain for the broader membership to resolve, such as who can opt in and out of the waiver; treatment of trade secrets and regulatory data protection; how long the waiver would last; and whether or not therapeutics and diagnostics will be included.

Meanwhile, on June 8, a group of eight patient organizations delivered a letter to the Office of the United States Trade Representative (USTR) urging it to reject any proposal to waive IP protections for COVID-19 vaccines. The letter, like several other letters that have been sent by members of Congress leading up to the Conference, instead focused on “solutions to the real problems preventing vaccine access and equity globally,” and made the following recommendations:

But criticism from organizations like the People’s Vaccine Alliance, as well as the United Nations, has continued this week, with a UN human rights expert today urging  the WTO to approve the IP waiver  and “calling transnational racial inequalities in access to immunizations a form of ‘vaccine apartheid.’”