“Once again, by withdrawing the 2019 Policy Statement en masse patent owners are left to guess as to where the agencies see the line of acceptable behavior when it comes to enforcing standards related patents.” 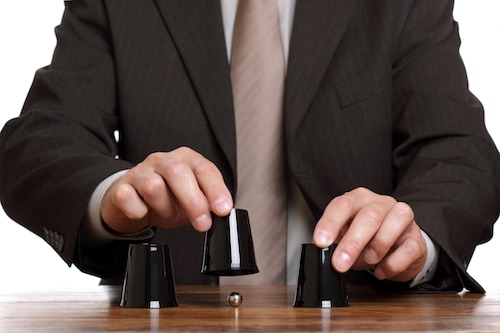 Recall, the 2019 Policy Statement states, amongst other things, that “[a]ll remedies available under national law, including injunctive relief and adequate damages, should be available for infringement of standards-essential patents subject to a F/RAND commitment, if the facts of a given case warrant them”, and that the 2019 Policy Statement was issued because “the agencies have heard concerns that the 2013 policy statement has been misinterpreted to suggest that a unique set of legal rules should be applied in disputes concerning patents subject to a F/RAND commitment that are essential to standards (as distinct from patents that are not essential), and that injunctions and other exclusionary remedies should not be available in actions for infringement of standards-essential patents.” So, by withdrawing the 2019 Policy Statement does this mean that the agencies do not agree that all remedies should be available for infringement of patents subject to F/RAND commitments and that they believe a unique set of rules should apply to such patents?

Much like the 2021 Draft Policy Statement (and the original policy statement from 2013), this most recent statement is devoid of any meaningful explanation or support. The statement simply provides that “[a]fter considering potential revisions to that statement, the Agencies have concluded that withdrawal best serves the interests of innovation and competition.” But how exactly does withdrawing a statement saying all patents should be treated the same serve the interests of innovation and competition?

We note that the final sentence of this most recent statement provides as follows:

In exercising its law enforcement role, DOJ will review conduct by SEP holders or standards implementers on a case-by-case basis to determine if either party is engaging in practices that result in the anticompetitive use of market power or other abusive processes that harm competition.

To the extent the agencies are concerned that the 2019 Policy Statement does not take into account the limits of antitrust laws (e.g. see the Federal Trade Commission’s Decision and Order In the Matter of Motorola Mobility LLC and Google Inc.), why not clarify that?  As General “Buck’ Turgidson says in Dr. Strangelove: “I don’t think it’s quite fair to condemn a whole program because of a single slip-up…”

Finally, for reasons that are not entirely clear, the agencies take it upon themselves to define, in a footnote, what it means for a patent to be subject to a RAND or FRAND commitment:

Like the 2021 Draft Policy Statement, however, the agencies do not refer to the language of any specific licensing commitment, despite recognizing “[t]he specific RAND or FRAND obligations are contractual obligations that vary by SDO.”  As we recently explained, the licensing commitment made to the European Telecommunications Standards Institute (ETSI) provides as follows:

Comparing such language to the statements made by the agencies, the first sentence is lacking for not setting forth the condition of essentiality, whereas the second fails to recognize that licenses cannot be imposed and, as such, patent owners need only be “prepared to grant… licenses” in order to meet their obligations (i.e. patent owners do not “commit to license” as the agencies state).

Once again, by withdrawing the 2019 Policy Statement en masse patent owners are left to guess as to where the agencies see the line of acceptable behavior when it comes to enforcing standards related patents. What is even more confusing is that one would assume all patents would be subject to the same rules absent any law or policy statements saying otherwise. The direction being provided by the agencies is reminiscent to that of Stanley Kubrick, a notoriously difficult man to please who famously said: “I do not always know what I want, but I do know what I don’t want.” Apparently, the agencies do not currently know what they want, but will let us know (in time) what they don’t want.