“The U.S. already provides access to vaccines and treatments. There’s actually a global surplus of vaccines…. Giving up our IP and patent rights will not save lives—it might even cost lives if companies without quality controls start producing it.” – Former Congress Member Lamar Smith 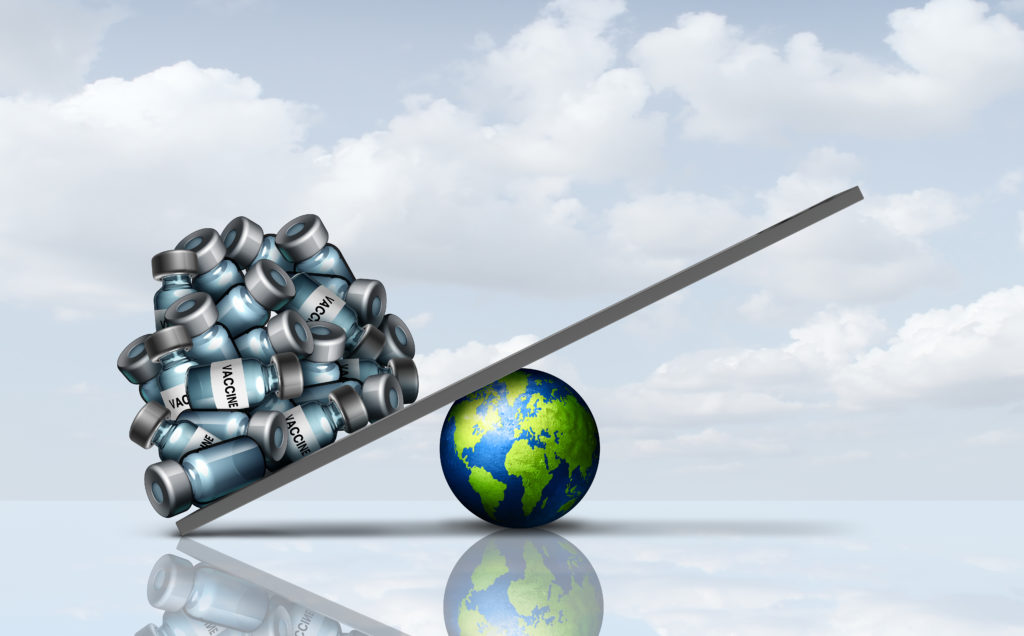 The World Trade Organization’s (WTO’s) 12th Ministerial Conference is set to take place this week, June 12-15, at WTO headquarters in Geneva, Switzerland. As part of the four-day meeting, discussions around the latest text of the proposal to waive intellectual property (IP) rights under the Agreement on Trade-Related Aspects of Intellectual Property Rights (TRIPS) for COVID-19 vaccine technology will take place around the clock, and it is expected that some agreement could be reached. TRIPS Council Chair, Ambassador Lansana Gberie of Sierra Leone, said on June 7 that “delegations have entered into real negotiation mode in the last 24 hours,” and that she is “feeling cautiously optimistic now that we will get this text ready for adoption by ministers in time for the coming weekend.”

In May, the latest draft text, which was leaked in March, was sent to the WTO membership. It seems that no one is happy with the compromise language. Advocacy groups like the People’s Vaccine Alliance have been regularly issuing press releases calling for a return to the original proposal by India and South Africa, which was much broader than the current text. And intellectual property rights and business groups like the U.S. Chamber’s Global Innovation Policy Center (GIPC) have said that the waiver proposal still “represents an attempt to solve a problem that currently does not exist.” However, it seems likely that the parties may push something through this week, nonetheless.

The draft outcome document circulated in May largely tracked that of a leaked draft circulated in March, but some open questions remain for the broader membership to resolve, such as who can opt in and out of the waiver; treatment of trade secrets and regulatory data protection; how long the waiver would last; and whether or not therapeutics and diagnostics will be included.

With respect to the opt-out provision, the latest text would encourage, but not mandate, countries that have the ability to export vaccines to opt out of waiver. Many fear this would give China free reign to steal American IP, despite the country’s promises that it would opt out. “China is saying ‘trust us’, but frankly you can’t trust China, they haven’t abided by any of their trade obligations,” former Congress Member Lamar Smith (R-TX) told IPWatchdog in a recent interview. “China, more than any other country, steals our IP—$600 billion of our IP on a yearly basis. So, here’s China currently stealing our IP and they’re saying, ‘trust us’, and I don’t.”

“Although a proposed resolution may exclude China, we are concerned the PRC will fraudulently access the intellectual property of U.S. COVID-19 vaccines despite their exclusion from any WTO agreement and without the consent of the WTO body through another WTO-member country.”

The negotiations on the opt-out language seem to be taking place separately between the United States and China, however—it is not expected the language of the current text will change much prior to a Resolution, though there is a chance this issue could delay a deal.

The senators’ letter to Pagán went on to warn against the precedent an agreement on waiver of IP rights for COVID vaccines would set:

“Waiving IP protections for COVID-19 vaccines would be an unprecedented move on the part of the WTO; there is no historical parallel for waiving the patent protections of a technological innovation of this magnitude. As such, we fear that any TRIPS Agreement waiver would undermine the reputation of the WTO as an institution that raises the standard of living for its member countries through trade. The appeal of trade evaporates without the concrete guarantee of property rights through the mutual enforcement of patent protections.

The WTO is not an institution for technology transfer, but for encouraging the economic growth of its members through trade. Any waiver of the intellectual property protections for the COVID-19 vaccine would set a precedence for future waivers.”

Robert Grant, Executive Director of International Affairs at the GIPC, who recently led a cross-sectoral delegation to Geneva to discuss the waiver issue, said the GIPC doesn’t like WTO action on IP for that reason, among others. “The precedent is, ‘let’s just waive IP during a crisis.’ You could apply that to a food crisis – you could apply it to anything. It’s deeply unfortunate to do so when there’s zero evidence that IP’s been a problem.”

Furthermore, despite criticism from all sides, the U.S. administration has been largely silent on the key issues and its goals. “The administration has not been at all clear on what it’s hoping to achieve, why it wants to achieve it, [or] why it thinks that some IP action would be good for the pandemic,” Grant added.

In a June 9 press release, the People’s Vaccine Alliance, which has been outspoken against the new text and is calling for a return to the original proposal, said agreement on the current text could set the opposite precedent feared by the senators and the GIPC. According to the release, a group of experts have warned that “the text under negotiation could reverse a precedent that affirmed an intellectual property agreement ‘does not and should not prevent [WTO] Members from taking measures to protect public health’, known as the Doha declaration, agreed in 2001 at the height of the HIV/AIDS crisis.”

The experts claim that the alternative text “would add new obligations before a country can exercise the existing flexibilities in the TRIPS agreement, erecting new barriers for developing countries combatting COVID-19” and “call on WTO delegates to amend the document to remove any additional barriers and ensure a broad waiver of intellectual property rules that helps, not hinders, access to COVID-19 tools.”

But Smith said such statements represent a lack of appreciation for IP:

“There are two reasons for the outcry from advocacy organizations. One is a lack of appreciation for patents and IP; how much they contribute to our economy and how they allow us to develop new patents in the future. Maybe they’re just not familiar with how a free economy works. But secondly, I think they see large, wealthy countries like the United States and simply want to think that we can give IP away and it won’t cost us; but again, that shows a lack of appreciation for IP. They’re going to try to get something for free if they possibly can, but we have every right to protect our IP.”

Most recently, a bipartisan group of 19 members of congress sent a letter to President Biden imploring the Administration to take a leadership role in the negotiations by refocusing its efforts on supply chains, preparedness and vaccine delivery. The letter said:

“We urge you to reassert U.S.leadership in this area,and specifically ask that you:

Smith likewise expressed his wish that the Administration would focus on underlying issues such as distribution and education:

“The U.S. already provides access to vaccines and treatments. There’s actually a global surplus of vaccines; the problem is not that there’s not enough vaccines. There are many collaborations and partnerships already. Giving up our IP and patent rights will not save lives—it might even cost lives if companies without quality controls start producing it.”

He also said he thinks a consensus vote will be difficult to obtain. “I don’t think that’s likely to occur. I think most developing countries appreciate what goes into developing IP rights. There’s no discernible reason to give IP away because [there’s a] surplus [of vaccines] – there’s no shortage. It will hurt the economy, cost us jobs, and give us less incentive to produce the next vaccine.”