Policy Shift Against SEP Rights Poses Risks for U.S. Innovation and Undermines Mandate of the ITC 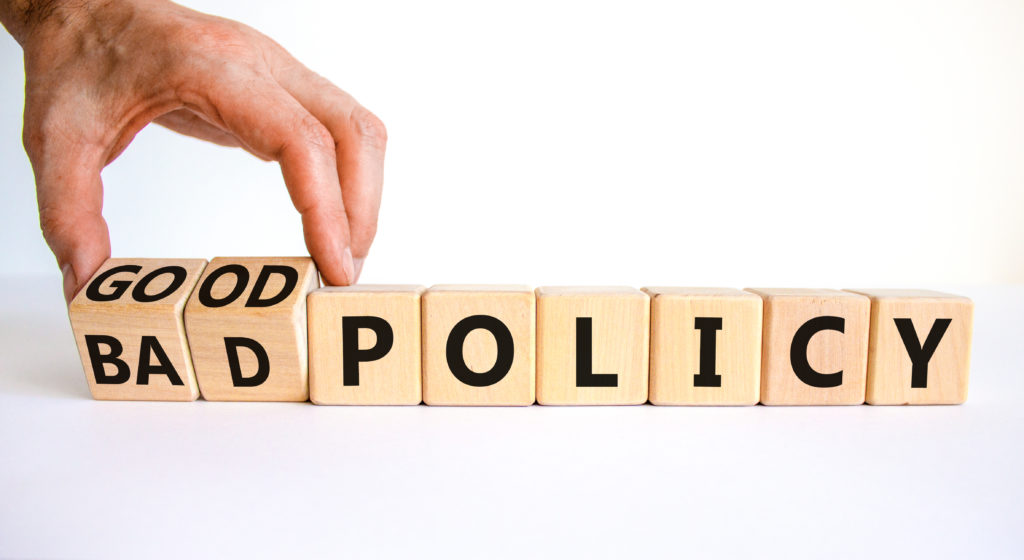 President Biden took an important step toward safeguarding the U.S. economy with last year’s Executive Order No. 14,036, “Promoting Competition in the American Economy,” aimed at promoting competition at home in the face of unfair competitive pressure from state-owned or sponsored firms overseas, particularly in China.

That Executive Order includes regulatory and policy reviews across the spectrum of American commerce, noting “a fair, open, and competitive marketplace has long been a cornerstone of the American economy. It also emphasized the importance of achieving this goal through promoting competition and innovation by firms small and large at home and worldwide.”

Yet, the proposal directed to one facet of the order — for patents covering inventions that are essential to a technology standard such as Wi-Fi or 5G wireless communication — risks not only undermining American innovation and competitiveness but also upending the notion of fairness and the very policy the Executive Order seeks to advance.

As a former Commissioner and Chair of the U.S. International Trade Commission (ITC), I am concerned imprudent and expedient changes could subvert intellectual property (IP) rights that have been a foundational pillar of American innovation originating from Article I, Section 8, Clause 8 of the U.S. Constitution, and particularly, the enforcement of those rights at the border.

The Draft Policy Statement: A ‘Special and Unequal’ Approach

In response to the Executive Order, the U.S. Department of Justice (DOJ), the U.S. Patent and Trademark Office (USPTO) and the National Institute of Standards and Technology (NIST) jointly proposed a new Draft Policy Statement that would significantly curtail the rights of U.S. standard-essential patent (SEP) owners seeking remedies when a company—including a foreign company— unlawfully uses the owners’ invention to make or sell a product without permission. The Draft Policy Statement diminishes a U.S. SEP owner’s right to seek a federal court injunction barring the sale of infringing products or to seek an ITC exclusion order barring the importation of infringing products.

Robust enforcement of SEP rights incentivizes U.S. participation in global development of standards like 5G. Engineering and research and development in this area requires billions of dollars invested in work that takes many years. Patenting the resulting breakthroughs is the only means of recouping that investment if the invention succeeds in the marketplace. Timing is particularly important because high-technology products can have a short market life before they are replaced by newer high-technology products. By stripping the rights of U.S. SEP patent owners to protect their inventions through remedies against products unlawfully implementing their innovations, the new draft would support efforts by foreign technology developers to dominate standards like 5G. For example, companies in security are the largest implementers of SEPs in products that they sell throughout the world. Without the threat of an exclusion order, foreign competitors would be able to use American inventions without reaching any agreement to license them.

Overseas theft of American intellectual property is what Congress had in mind when, through the 20th century, it created and strengthened Section 337 of the Tariff Act. Congress specifically enacted this powerful legislation to protect American innovators and their contributions to the U.S. economy through strong IP protection at the border.

The Draft Policy Statement is an ill-conceived executive end run of independent agencies such as the ITC. To use a policy statement, rather than the legislative process, to diminish an SEP holder’s enforcement rights once those standards are developed and implemented will discourage U.S. leadership in the standard-setting process for critical technologies such as 5G, which, in turn will harm our national security and economic security at home.

The Draft Policy Statement also circumvents Congress by upending the statutory framework and purpose of Section 337, which includes the ITC’s practice of evaluating all unfair acts equally. Although the draft disclaims any “unique set of legal rules for SEPs,” it does, in fact, create a special and unequal analysis for SEPs. The draft also implies that the ITC should focus on whether the patents asserted are SEPs when judging whether an exclusion order would adversely affect the public interest. The draft fundamentally misunderstands the ITC’s purpose, statutory mandates, and overriding consideration of safeguarding the U.S. public interest and would — again, without statutory approval — elevate SEP status of a single patent over other weighty public interest considerations. The draft also overlooks Presidential review requirements, agency consultation opportunities and the ITC’s ability to issue no remedies at all.

Section 337’s statutory language does not distinguish the types of relief available to patentees when SEPs are asserted. Just as important, the ITC is statutorily required to conduct a public interest analysis before issuing any relief. The ITC also must determine that either the patentee or its licensee has made significant investments in plants and equipment or has employed significant labor or capital in the United States directed to its own patented products, or otherwise made in the United States substantial investments in exploiting the asserted patent.

In other words, to even get to the remedy phase of the process, the ITC’s investigation needs to have found an imported product is implementing another party’s patented invention without permission and that party is using the patented invention itself in the United States. By this point, the adversarial process has also provided the allegedly infringing company with an opportunity to argue the inventing company broke its commitment to standards-developing organizations by not offering licensing terms that are fair and reasonable, if that is the case.

Yet, a growing body of law and economic data suggest that in such disputes, it is likely the infringing party is engaging in patent “holdout,” unwilling to accept a fair and reasonable license and implementing the standard in its product anyway.

I urge the DOJ, USPTO, and NIST to take more time to examine these policies in practice and rely on empirical data rather than unproven theories. As Congress envisioned, I further urge these agencies—specifically the DOJ, which is routinely served with Section 337 investigation notices by the ITC—to take a more proactive approach to Section 337 investigations and provide meaningful input to address SEP issues that may arise instead of resorting to uninformed blanket policy statements. Section 337 requires such agency cross-collaboration and is simply good governance.

The 2019 statement came from rigorous collaboration among leaders in the relevant agencies. Given that the USPTO and NIST did not have Senate-confirmed directors when it was issued, the review of the policy statement should be put on hold until confirmed directors of both agencies are able to provide meaningful input, and the House and Senate Authorizing Committees with jurisdiction over the ITC have the opportunity to consider whether the draft is consistent with Section 337’s statutory framework. Several Senators from both sides of the aisle have already voiced concerns about the policy statement’s potential adverse impact on America’s innovation, economy, and national security.

Current policy makers should also pay heed to former officials from the Clinton, Obama and Trump Administrations who led the USPTO, NIST, and antitrust enforcement at the DOJ and have criticized the draft as a policy shift that would favor companies who seek to evade obligations to pay for inventions included in their products, “strengthening the hand of our international competitors.”

And, as someone who was at the table when the ITC made critical decisions regarding exclusionary relief, and who knows that ITC remedies provide a powerful tool to stop infringement, I strongly encourage removing the reference to Section 337 from the draft statement.