“When prosecution fees, plaintiff litigation costs and invalidity defensive costs are added to the mix, the total cost of the Blackberry deal for monetization purposes could easily exceed $900 million.” 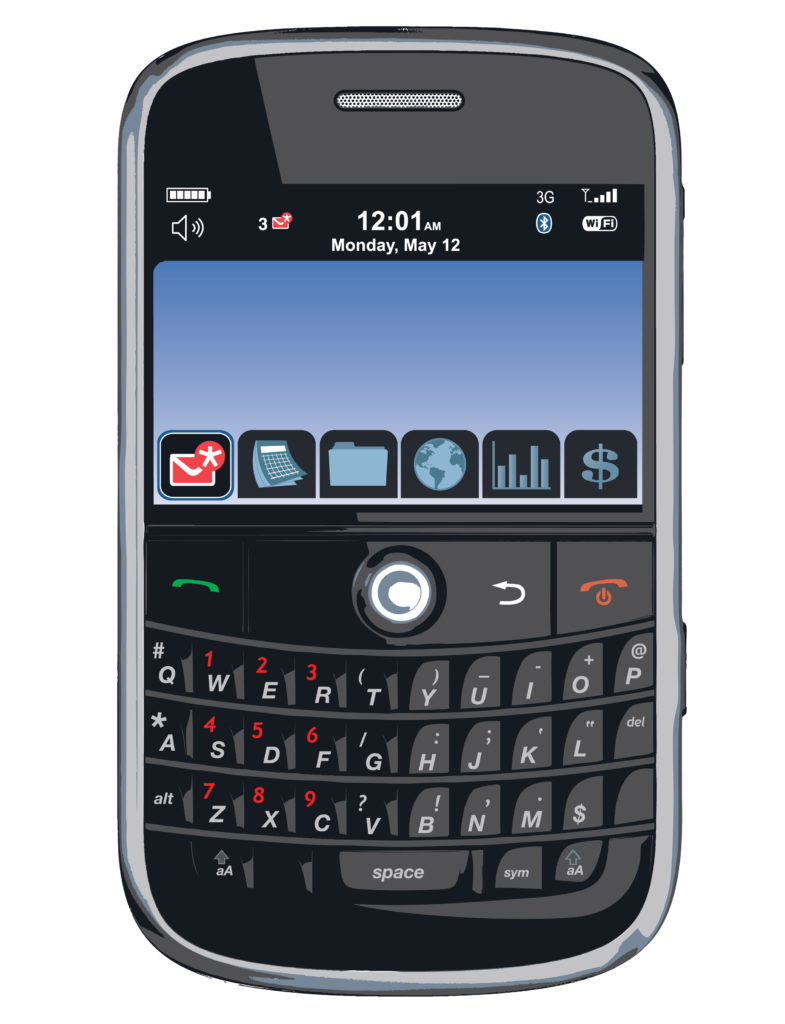 At the end of January, BlackBerry announced it had completed the sale of the majority of its patents to Catapult IP Innovations, a special purpose vehicle specifically formed for the acquisition. Approvals for the transaction were granted under the 1985 Investment Canada Act and the 1976 Hart-Scott-Rodino Antitrust Improvements Act. More information on the transaction can be found here on the SEC website. The value of the deal was reported to be $600 million, a figure that makes it one of the largest patent acquisitions in the last ten years and spurs a great deal of speculation about whether it is worth it. This article explores Blackberry’s divested portfolio and disassembles some of the assumptions surrounding the portfolio and the deal’s value.

From the 8-K SEC disclosure, Unified Patents identified 19,995 unique, granted patents that form BlackBerry’s divested portfolio. Using this as a base and assuming that patent families were not broken up in the sale to Catapult, we expanded those 19,995 unique patents by family, ending with a total of 37,175 patents and applications counting all patents validated from a single EP application as one. The divested portfolio of 37,175 patents and applications is shown below by application date. The majority of the portfolio was filed between 2004-2007 and 2010-2013. The drop in filings for the divested portfolio during 2008 invites scrutiny, especially when one considers that 3GPP Release 8, the first LTE release, was not frozen until December of 2008. 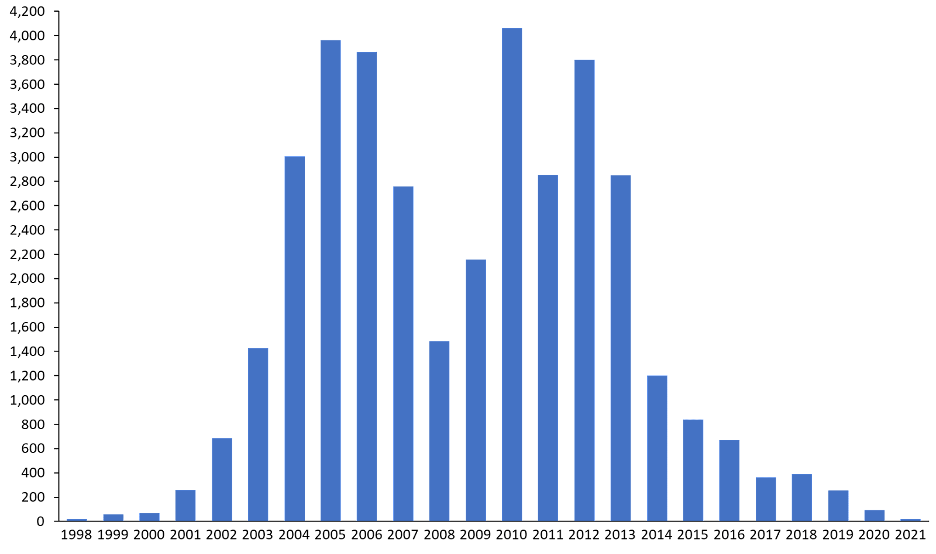 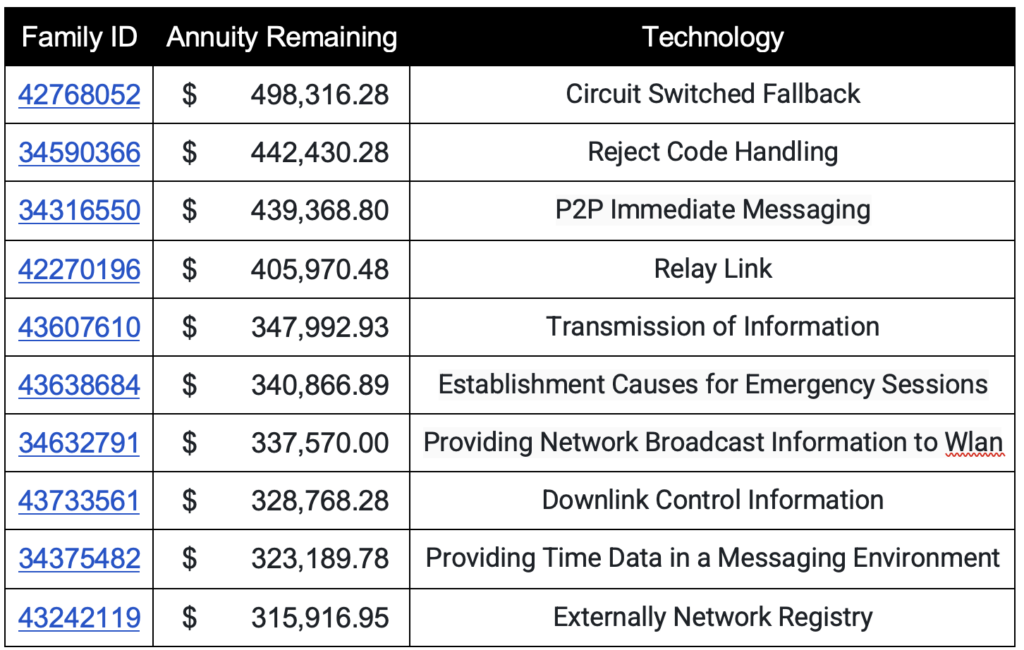 An important measure of a patent portfolio is whether it represents fresh, relevant innovation and thus has a long, relevant lifespan. To measure this, Unified Patents has developed an index in its patent analytics called the “Velocity of Innovation.” This index measures the growth or decline of a company’s patent filings across time and CPC classes.

According to our analysis, the overall Velocity of Innovation for Blackberry’s portfolio divested to Catapult slowed by 88% over the last ten years as their focus became centered around cyber security and automotive-related software at the expense of communications, antennas and circuits. BlackBerry significantly reduced its patent filing activities in the technologies covered by the divested portfolio year after year. For example, in 2012, there were 3,828 patents filed, and in 2021 there were only 20 filed. 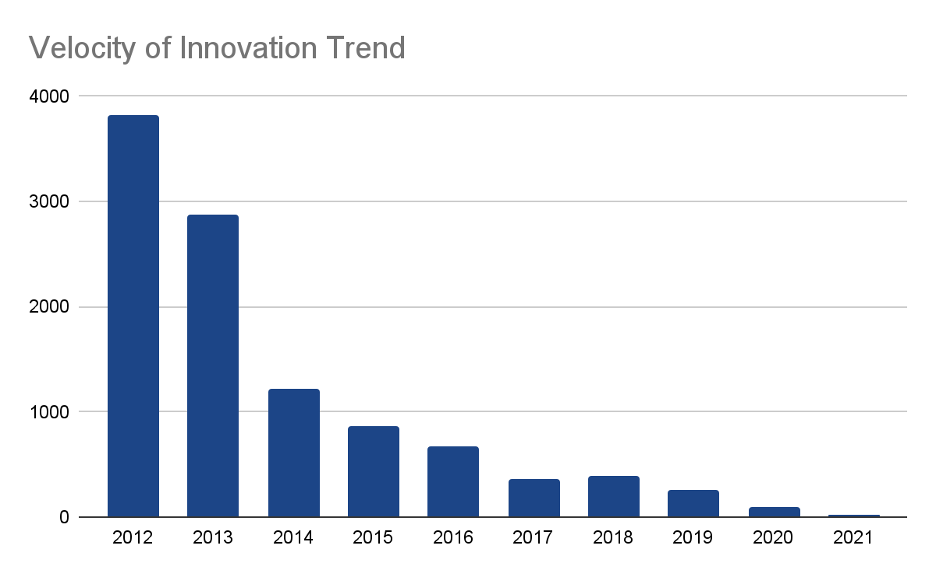 Looking at individual CPC subclasses, it can be seen that, starting in 2014, Blackberry’s filings began to pivot away from its once core handset innovation. Significant decreases in filings in the divested portfolio occurred from 2014 onwards in wireless communication, antennas, and circuits. 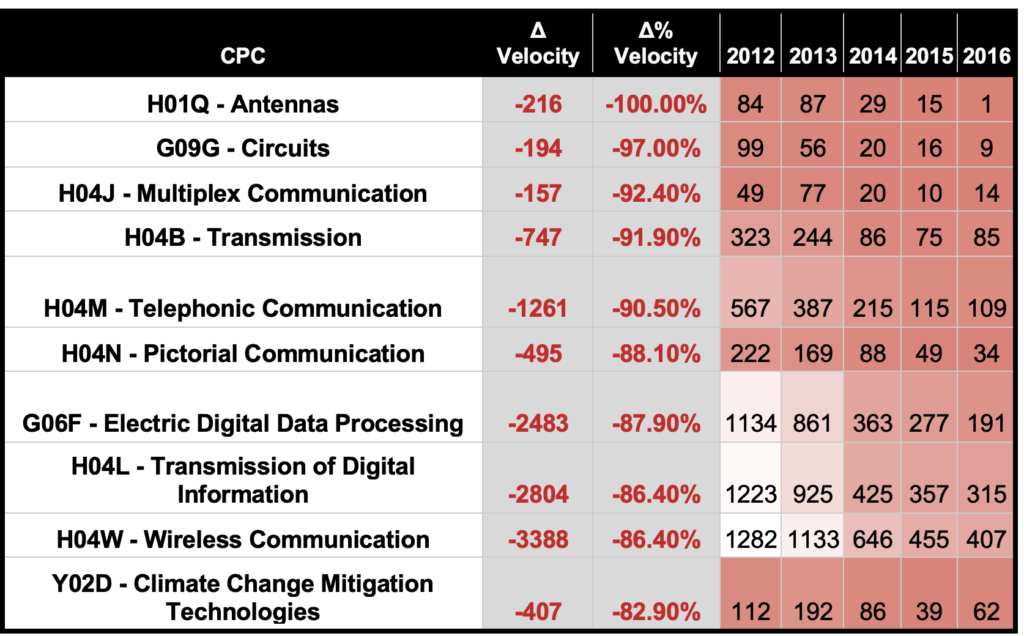 This declining trend continued past 2016, as patent application filings related to Antennas, Circuits, Multiplexing, Pictorial Communication, Transmission and Climate Change Mitigation Technologies were reduced dramatically. Interestingly, Blackberry’s patent filings covering Transmission of Digital Information and Wireless Communication took some time to slow down, suggesting that it took Blackberry longer to redirect its patent filing engine to new areas. One reason for this could be that Blackberry’s patent family development practice was stronger for its core areas of transmission and wireless communications. 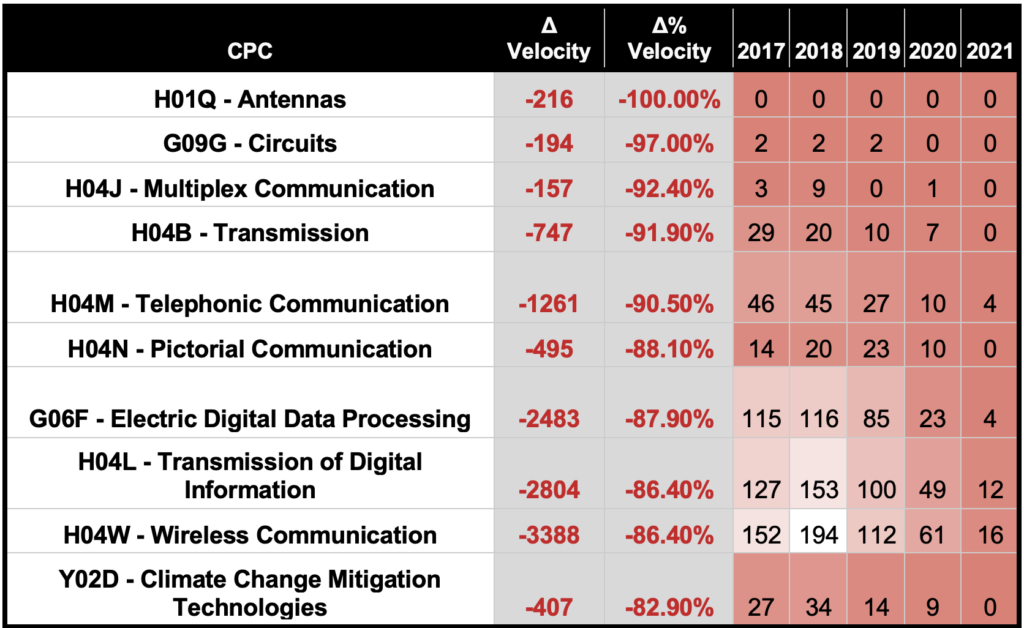 While the filing trend paints a picture of slowdown in these once core areas, the Blackberry portfolio is still heavily focused on these areas. For example, the top 10 CPC codes cover wireless transmission, data processing, antennas, circuits, and switches and account for 89% of Blackberry’s divested portfolio.

The value of Blackberry’s divested portfolio should be measured in light of the technology market which it targets. For this purpose, we have identified the top ten CPC classes listed for the divested portfolio.  As can be seen below, the portfolio focuses on data transmission and wireless communications. 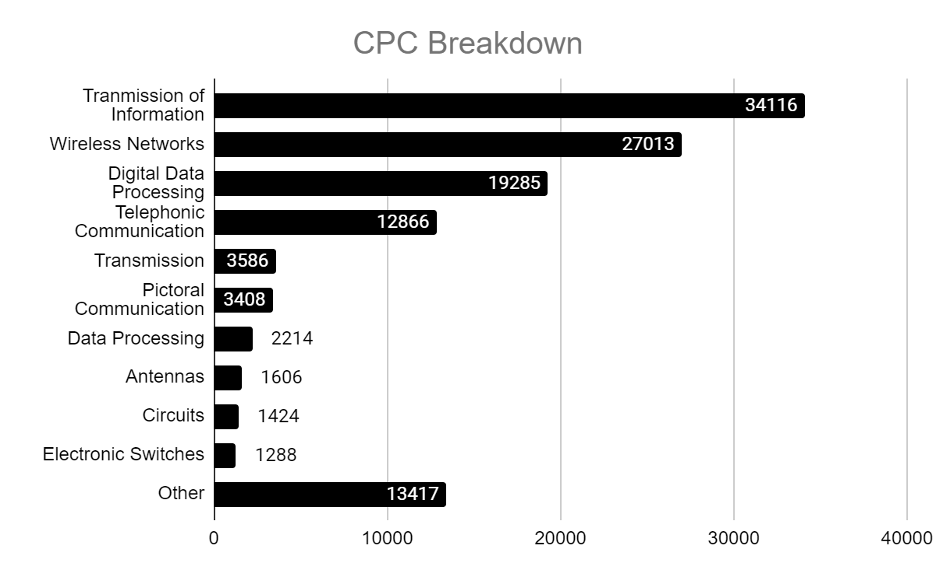 At the subclass level, nearly 60% of the portfolio has been classified as involving User Interfaces or Messaging. The remaining 40% accounts for Communication Protocols, Energy Management, Keyboard Input, and Network Security. 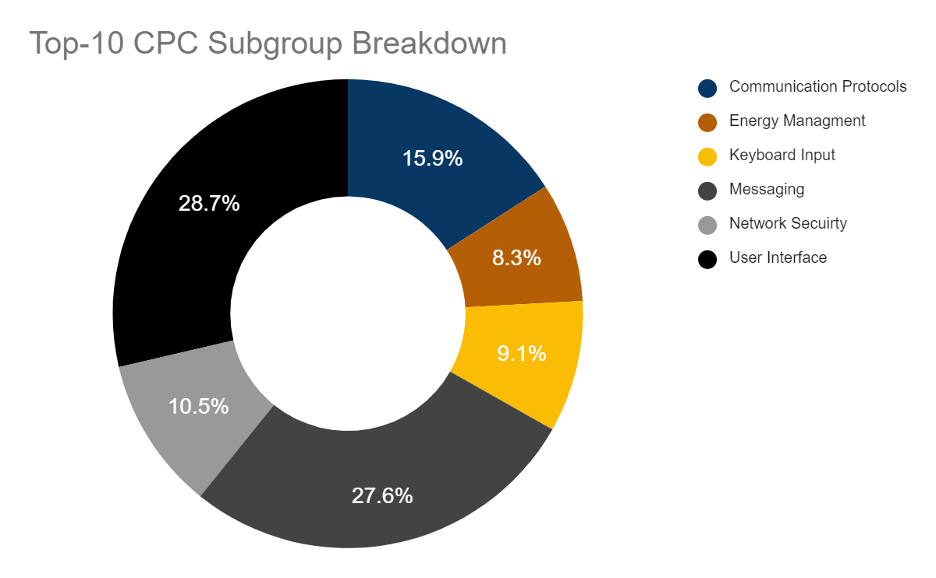 Blackberry’s portfolio divested to Catapult is geographically focused on the United States, Canada, and Europe. Over 50% of the active publications are based in the United States and Canada. With 22% covering Europe, the portfolio has reach in dispute venues where injunctions are more readily available and where a growing body of judicial practice is developing with respect to fair, reasonable and non-discriminatory (FRAND) licensing and the behaviors expected from licensees and licensors. Asian jurisdictions, such as China, Hong Kong, Japan, and Korea, comprise nearly 12% of the divested portfolio. 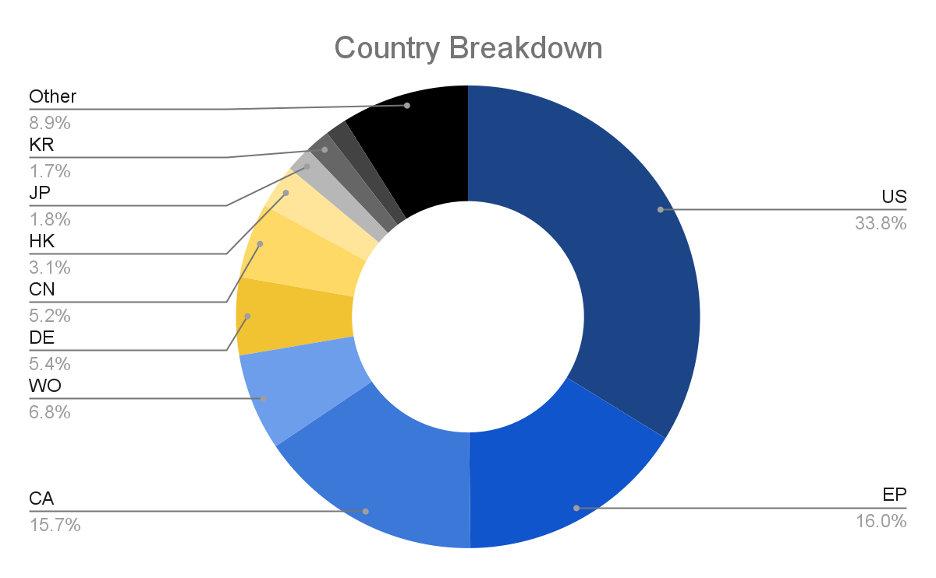 In the United States alone, the portfolio comprises nearly 7,000 active grants. The number of grants can be seen below based on their application year. Again, most of the patents in the United States were filed between 2009 and 2013. It is interesting to note that the divested Blackberry portfolio shows a significant decline since 2015, when 5G standardization started. Some of this decline can be attributed to the newness of the technologies and the gradual ramp up of grants that inevitably follows a wave of new technology. However, as can be seen from the chart below, the grant rate of post-2015 priority patents of the divested Blackberry portfolio pales in comparison with similarly situated portfolios.

It should be noted that the experts at Concur IP, who performed the analysis for the 2015 TCL vs. Ericsson case in the United States and the 2017 Unwired Planet vs. Huawei case in the UK, manually evaluated around 16,000 patents for essentiality for Unified Patents’ 5G Objective Patent Landscaping analytics (OPAL) and found that only 10% of the patents self-declared to ETSI as being essential to the 5G standard are actually essential. The chart below was generated using that parameter and is only looking at U.S. and EP granted patents. 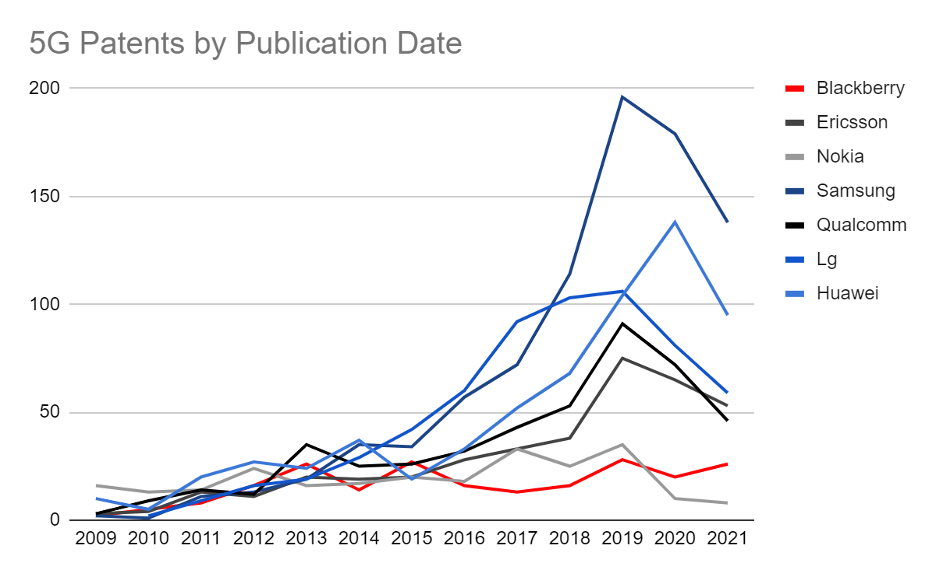 Just over 19,000 publications of the divested portfolio are currently active. However, those publications have a short shelf life. Using five-year periods, 53% of the active grants are set to expire by 2027, with another 40% expected to expire by 2034. This means that over 90% of the divestment will expire in the next decade. In the pie chart below, zone 1 covers 8,329 patents, zone 2 covers 6,158 patents, and zone 3 covers 1,192. 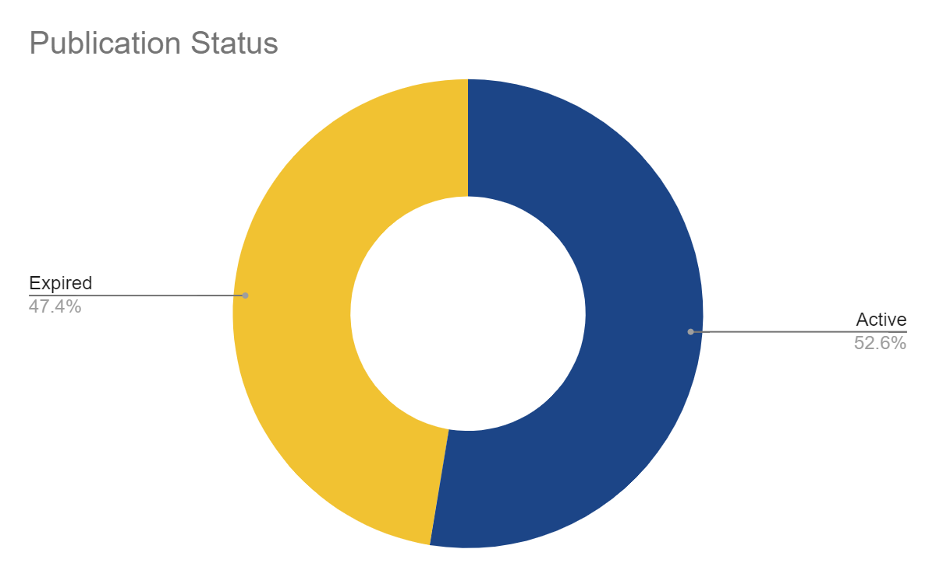 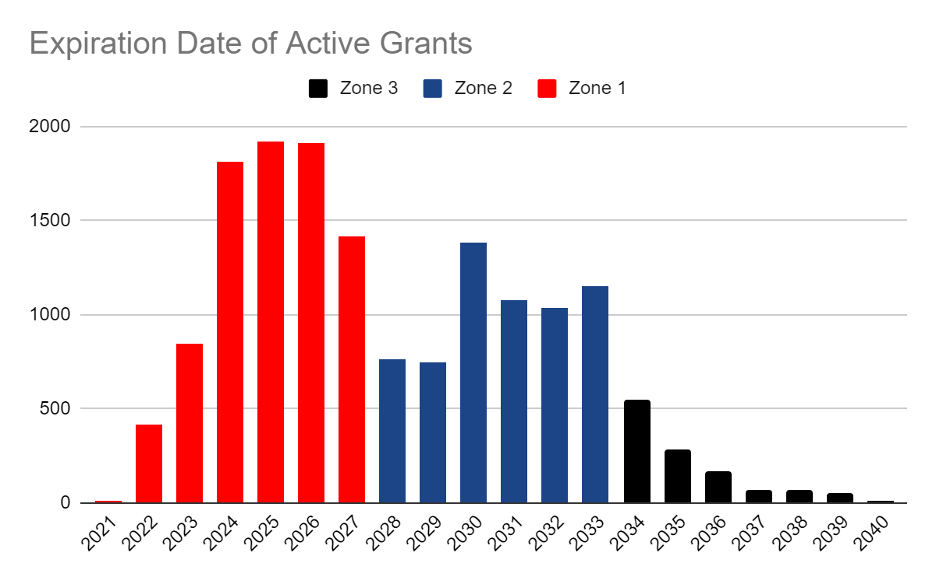 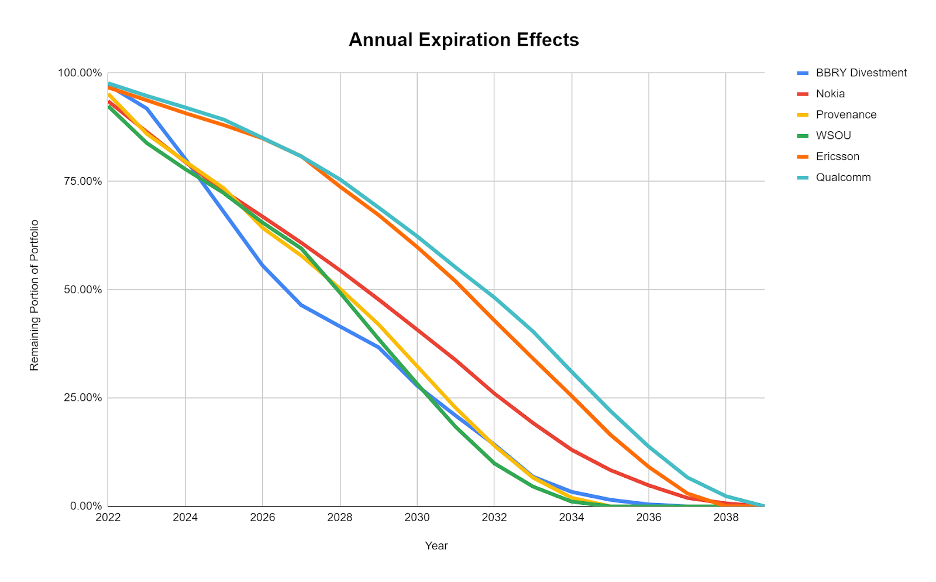 In Part II of this two-part series, we will examine some of the data around quality and essentiality of the Blackberry portfolio.

Samuel Baird Samuel Baird is an attorney and currently an IP Analyst at Unified Patents. He has been with Unified since 2020. He received his law degree from Case Western Reserve University [...see more]