Doing Business in Russia After the Ukraine Invasion—Justifications and Risks

“For the foreseeable future, pressure will remain high for Western companies to boycott Russia, and Kremlin policies will make it difficult for anyone but the most highly motivated companies to stay there.” 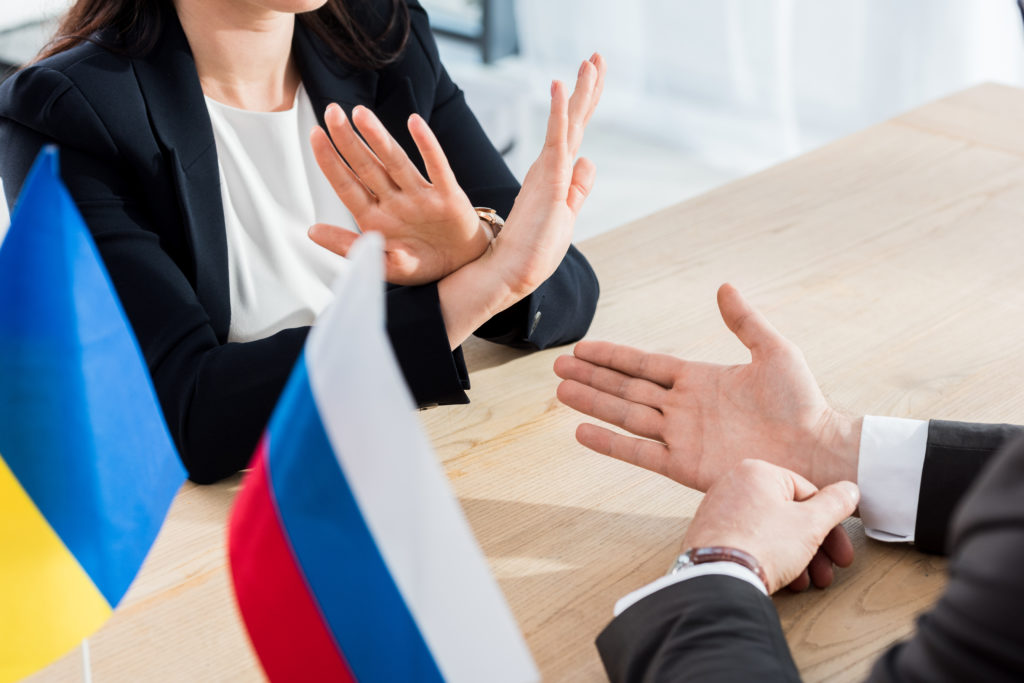 As horrifying images continue to flow from Ukraine, politicians in the United States and Europe find themselves increasingly pressured to expand economic sanctions against Russia. On April 6, 2022, the White House announced a prohibition on new investment in Russia by any U.S. person. This move has undoubtedly been a factor in the stunning exodus of U.S. companies from the region, as it leaves management teams in legal limbo as to whether maintaining current facilities—or even repairing equipment—could be considered a prohibited “investment.”

As of May 7, 2022, nearly 1,000 international companies had left or curtailed operations in Russia, but some holdouts remain despite the legal risks and the likelihood of a public backlash. Included among the 220 companies that have defied demands for exit or reduction of activities are Amgen, CAPRI Holdings (Versace, Michael Kors, Jimmy Choo) and Huntsman Corporation. What motivates the holdouts, and what effect may recent Kremlin policies have on the decision of U.S. companies to stay or exit?

Some corporations have expressed apparently virtuous reasons for remaining in Russia. Spotify, for example, originally announced that it needed to stay in order to be an independent source of news to counteract state-run media. However, the company abruptly changed its sentiment when Russia enacted new restrictions on the freedom of speech that could have placed Spotify employees at risk of imprisonment.

Likewise, Cargill, although suspending all investment in Russia, continues to maintain a presence, including thousands of employees, to provide “basic staples” such as bread, infant formula and cereal. Many corporations like Cargill are no doubt concerned about what would happen to their facilities if they exited Russia. An abandoned food plant could be easily used to support Russian troops in Ukraine.

Still other companies have decided to remain for different reasons, possibly as a result of new moves by the Kremlin to appropriate the facilities—and intellectual property—of companies that exit the country. Koch Industries, which owns Guardian Glass, a company operating two glass plants in Russia, originally cited its reasons for staying to be primarily about the “safety of employees,” though Koch Industries President and COO Dave Robertson also stated in a press release that “If [Koch] were to walk away from these glass facilities, it would give full control of the assets to the Russian government, who we believe would keep them running and capture 100% of the financial benefit.”

Most recently, in an April 21 email to employees and press release, Robertson said that “Guardian [Glass] is working with its local management team to find an exit strategy that maintains our commitment to employees’ safety and does not result in the Russian government taking over the plants and financially benefiting from them. All other Koch companies, none with operating assets in Russia, have ended or are ending business activities there.”

Robertson’s full statement indicated that sanctions combined with the Russian government’s response made it impossible for Guardian to continue operating and the company thus asked its employees to shut down the glass plants. However, Russian threats necessitated walking back that approach and they are now considering safer exit strategies. “As a company and as individuals, we have consistently condemned Russia’s action and remain united in support of all employees and others who are harmed by this terrible war,” Robertson said.

Further aggravating the situation, on March 5, 2022, the Kremlin issued Decree 299 , stating that Russian companies and individuals can use inventions, utility models and industrial designs without owner permission or compensation if the patent originates from a list of “unfriendly countries,” including the United States, Great Britain, European Union members, Australia, and other critics of Putin and his policies. While not precisely a license to “steal” patents, Decree 299 forces a patent holder to grant a compulsory license to the Russian company or individual in exchange for 0% compensation.

Whatever its intention, Decree 299 will likely have long-term effects. By providing no compensation to rights holders in cases of patent infringement, this decision will certainly deter patent holders from doing business in Russia or making capital investments in facilities that exploit the patents. Although infringing goods made by Russian companies might encounter difficulties entering the United States, Russian knockoffs will likely be sold to Russia’s trading partners, including China and India, highlighting the importance of obtaining patents in those jurisdictions.

Furthermore, Decree 299 might be only the tip of the iceberg of state-sanctioned IP misappropriation. For example, Russia has hinted that it might formally adopt similar policies with trademarks. If so, Russian companies or individuals would be able to misappropriate trademarks with impunity. This has already played out in the Russian courts. On March 2, 2022, a Russian judge threw out a lawsuit by Hasbro against a Russian national who was infringing Hasbro’s “Peppa Pig” trademark. The judge cited the American and British sanctions against Russia as justification for refusing to recognize Hasbro’s intellectual property rights. Recently, trademark applications for marks identical or confusingly similar to those of famous Western brands, including McDonalds, Starbucks, Chanel, IKEA and Instagram, have been filed in Russia, adding further disincentives for U.S. companies to do business there.

Copyright appears to be yet another potential battleground in Russia. Before the war in Ukraine, movies produced in the United States made up about 70% of the Russian film market. After Hollywood’s biggest studios stopped showing movies in Russia, theaters around the country started to openly screen pirated first-run movies.

When the IP battle with Russia will end is anyone’s guess. In all likelihood, it will extend beyond the outcome of the war in Ukraine. For the foreseeable future, pressure will remain high for Western companies to boycott Russia, and Kremlin policies will make it difficult for anyone but the most highly motivated companies to stay there.

Russia was never a model of enforcing the intellectual property rights of foreign companies, being added to the U.S. Priority Watch List. The Kremlin’s decision to abandon all pretense of cooperating with the international IP community has significant ramifications for its future participation in the global economy, which is largely driven by cooperation and trust that countries live up to their agreements.

In addition to the well-documented Russian “brain drain” following the Ukraine invasion—as many as 200,000 Russians have left their country since the start of the war— Russia’s decision to cut itself off from the global intellectual property system will only hurt its ability to compete in the long run, heralding a possible return to Soviet-era isolation and technological stagnation. International companies are justifiably concerned about the growing risk of having their inventions, brands, and creative works misappropriated, and this will only hasten Russia’s slide into obscurity, unless the Kremlin abandons its disastrous ambitions in Ukraine and its recent policies on intellectual property.

Editor’s note: this article was corrected and updated on May 10 to indicate that Guardian Glass is now planning to exit Russia.