“For inventions involving countries which base the foreign filing restrictions on the place the inventions were made, it is important to know where the underlying inventive activities occurred.” 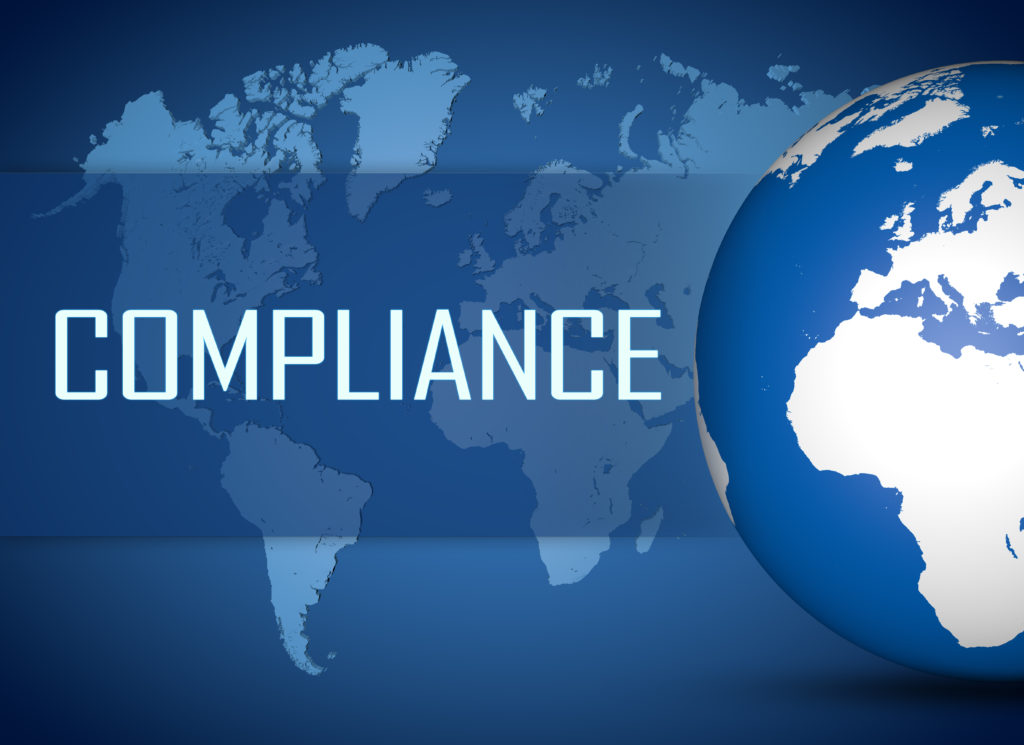 In Part II of this series, we reviewed three of the most popular jurisdictions for global patenting and their foreign filing restrictions for cross-border inventions. Our final article in this series will discuss how an applicant’s failure to comply with foreign filing restrictions may result in various penalties, ranging from invalidation of the patent to criminal consequences accompanied by fines, and even imprisonment.

Before strategically planning the global patent filing of a new invention, the first step for a practitioner is to gather the relevant information. Because the foreign filing requirements vary greatly among countries, information beyond simply name and address of each inventor (or applicant if different from the inventor) needs to be collected. Given that some countries’ foreign filing license requirements are based on residency as well as nationality, it is necessary to know the citizenship and/or residency status of each inventor. For example, even if the applicant is a U.S. based entity, it may be necessary to first file outside of the United States if at least one inventor is a citizen (or resident) of a foreign country. If the invention involves an Indian citizen, more inquiries related to his/her residency in the past one or more years need to be made in order to determine whether he/she is considered a “resident” of India. For inventions involving countries which base the foreign filing restrictions on the place the inventions were made, it is important to know where the underlying inventive activities occurred. For example, even if the patent right of the entire invention is assigned to a U.S. entity, which will be listed as the applicant, it may still be necessary or preferred to first file outside of the United States if at least part of the inventive activity occurred in a foreign country. In addition, information related to whether the subject matter of the invention may be sensitive in nature (e.g., related to national security or defense) must also be taken into consideration.

Assume an international company A is headquartered in the United States and has a wholly owned subsidiary in China. The company has one R&D center in Beijing, China hosting a group of engineers and another R&D center in Silicon Valley hosting another group of engineers. Engineer X is a Chinese national and a permanent resident of the United States and based in the Silicon Valley office. Engineer Y is a Chinese national based in the Beijing office. Engineer X and Engineer Y work together on designing a new circuit controller for company A. Before the pandemic, engineer X traveled to China and worked in the Beijing office along with engineer Y. They submitted an invention disclosure covering a circuit controller design made out of that project (Invention I). Since the pandemic, engineer X returned to the United States and continued to work on developing control software for programming the circuit controller with engineer Y remotely. They submitted another invention disclosure covering a method for controlling a circuit (Invention II). Company A decides to pursue patent applications for both invention disclosures in China, the United States, and possibly other countries, and name company A, the assignee, as the applicant.

This is a rather complex situation that requires careful examination. First of all, the two countries involved here that could impact company A’s first filing decision are the United States and China. Both countries apply foreign filing restrictions based on where the invention was made/completed, regardless of the nationality or residency of the inventor or applicant. Therefore, as a first step, we examine where Invention I and Invention II were made/completed, respectively:

For Invention I, filing first in China along with a request for an FFL to CNIPA under Rule 8 of the Implementing Regulations of the Chinese Patent Law may be the best filing strategy. Although the time length to issue an FFL prescribed in the regulations can be up to six months, in practice, the length of time is usually significantly shorter. If company A files a request for the FFL when it filed its Chinese patent application, it likely will receive the FFL when it receives the filing receipt for its Chinese patent application. Company A can proceed with filing the application in the United States after receiving the FFL from CNIPA. Of course, because company A plans to later file in the United States, which requires an English language application, it can also prepare the patent application directly in English language and file the application as a PCT application with CNIPA and request the FFL.

Invention II is more complicated. Both China and the United States would consider Invention II to be made domestically and therefore require the application to be first filed in the home country. That creates a conflict in the hypothetical before us. Fortunately, both countries also provide an alternative route for company A to file in a foreign country without first filing the application domestically. However, to do that, both countries require making a request or petition for an FFL by including sufficient descriptions and drawings of the invention sought to patent abroad. Therefore, company A should make a decision where it would like to file the application for Invention II first, and then request the FFL from the patent office of the other country.

The decision of where to file the Invention II patent application first can be made by considering several factors, including:

For example, if an application for Invention II is drafted in English and company A would like to prosecute the patent before CNIPA first so that they could adjust the claims in the U.S. filing to accord with the allowed claims in China to minimize the effort of patent prosecution before the USPTO, company A may first petition for an FFL with the USPTO attaching the draft English language application. While waiting for the FFL to issue, company A can have the application translated into Chinese language. Once the FFL is received from the USPTO, company A can proceed with filing the Chinese language application with CNIPA.

Assume a U.S. company B hired an Indian national Z, on proper working visa, as a software developer in its R&D center based in Texas. Engineer Z worked on a video processing project with a team consisting of U.S. citizens and a permanent resident from China. Engineer Z had stayed in the United States for five years before returning to India for a family visit in early 2020. While he was in India, the pandemic stormed the globe, and he was not able to return to the United States. He continued to work with the team in Texas remotely from his parents’ house in India. The team submitted an invention disclosure for the video processing method they developed using a novel neural learning network and engineer Z was listed as one of the inventors. The patent committee of company B approved to patent the invention. Because the team has written a journal paper on the same subject matter and would like to submit the paper for a conference next month, company B would like to file a provisional application before the submission to preserve an earlier filing date. Company B has no interest in a patent in India for the invention.

As a preliminary matter, unlike the United States and China, the Indian patent laws base the foreign filing restrictions on whether any listed invention is an Indian “resident,” rather than where the invention was made. That difference largely changes our analysis here.

Because the invention is considered to be made at least partially in the United States, U.S. foreign filing restrictions apply. On the other hand, because the invention here involves an Indian resident, and the Indian patent laws require any application that lists an inventor who is a resident of India to be filed in India first, Indian restrictions also apply. The fact that engineer Z made part of the invention while he was in India is irrelevant. However, the fact that he had to stay in India for the past year makes him a “resident” of India, thus subjecting the U.S. patent filing to the restrictions imposed by the Indian laws. Therefore, company B has to comply with foreign filing requirements of both India and the United States.

Because company B does not plan to file an Indian application and intends the U.S. provisional application as the first filing, it must first obtain an FFL from India. The FFL request should be submitted with a description of the invention, preferably including as much detail in the specification and as many accompanying drawings as possible. Otherwise, the Indian patent office may issue an office action for lack of sufficient disclosure, which may cause delays in granting the FFL. It typically takes several days to two weeks to receive the FFL, after which company B can file the provisional application in the United States.

As a special note, however, practitioners should understand that an FFL regulates only the filing of a patent application; the export of technology associated with the underlying invention is regulated by separate export control laws. The scope of an FFL is limited to filing and prosecuting an application containing substantially the same subject matter in a foreign country. 37 C.F.R. § 5.15(a). It does not authorize the applicant to export to a foreign country any technology that is not specifically submitted to the USPTO as part of a U.S. patent application or a petition for an FFL. For example, the FFL does not authorize export of knowhows not disclosed in the materials on which the license is granted. Nor does it authorize the applicant to make or sell any product to a foreign country using the invention described in the application licensed to file in that foreign country.

Indeed, creation and exploitation of the patented technology should additionally comply with the export control laws of the relevant countries. Using the United States as an example, export of controlled technology, including disclosing the technology to any foreign person is subject to the U.S. export control laws. The R&D activity itself may require a separate export control license under the Export Administration Regulations (EAR). See 15 C.F.R. Parts 730-774. For example, in the U.S.-China hypothetical, if the circuit controller is a controlled item in the Commerce Control List (CCL), company A may have to obtain an export control license for disclosing the technology to engineer Y, a “foreign person” under the EAR, or allowing him to work with engineer X to develop the circuit controller. The patent preparation process, prior to its filing domestically or abroad, is also subject to the export control regulation. For example, the invention disclosure or other invention materials should not be disclosed and handled by foreign persons, regardless of whether they are physically in or outside the United States.