“Google has filed the third-highest number of petitions for AIA validity trials at the PTAB. Google isn’t filing those petitions to improve American innovation, but rather to evade legal liability for infringement and thereby protect its own corporate revenues from legitimate inventors.” 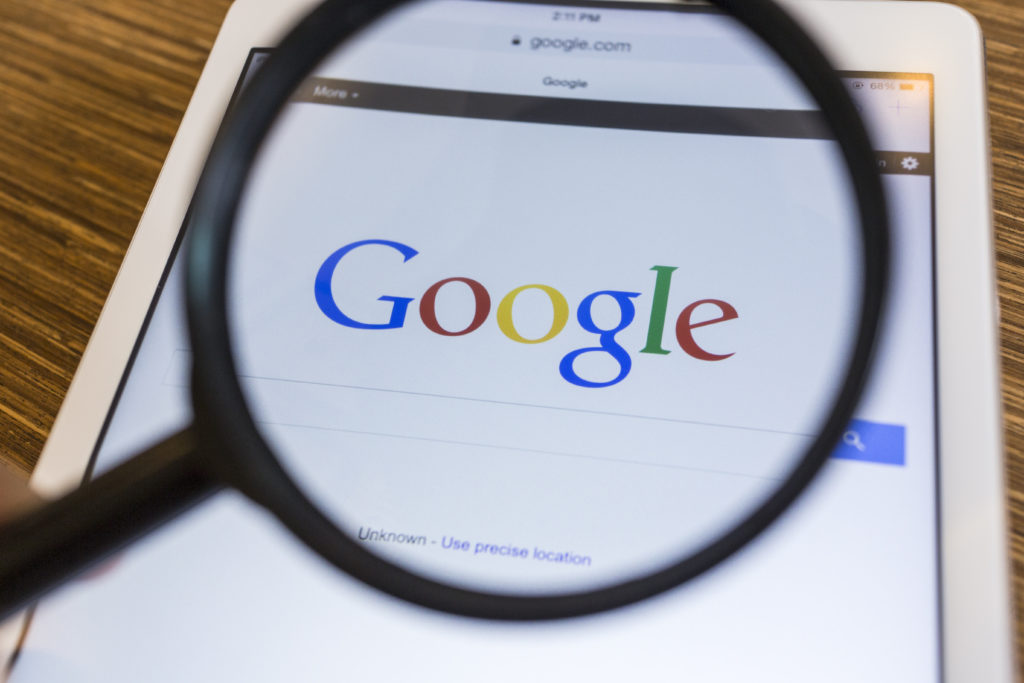 On April 28, Google’s General Counsel Halimah DeLaine Prado authored a post published on Google’s official blog to voice concerns felt by one of the world’s richest corporations that the U.S. patent system is currently in a state of growing crisis. The post offers several suggestions, each sanctioned by Google, as to steps that can be taken in all three branches of the U.S. federal government to address patent quality, abusive litigation and forum shopping.

Unfortunately, the proposed reforms would help very little, if at all, toward improving certainty and clarity in patent rights in a way that would actually improve American innovation by supporting small startups and individual inventors in our country. Indeed, any informed observer of the U.S. patent system would recognize that Google’s proposed reforms would instead do a great deal to advance Google’s own business interests ahead of those startups and individual inventors who need the patent system to work in order to survive.

Prado’s post begins by tracing Google’s history as a corporate steward of the U.S. patent system, including its role in founding the License On Transfer (LOT) network, establishing the Open Patent Non-Assertion (OPN) Pledge in 2013 and providing technical support to the Prior Art Archive. Prado touts the 42,000 “home-grown” patents authored by Google engineers, Google’s licensing of those patents at what readers are assured is a “fair value,” and the sale of patents to bolster the IP portfolios of smaller businesses to provide evidence of Google’s bona fides as a sage interpreter of patent law and benevolent overseer of small business interests.

Having established Google’s great superiority in understanding the proper role of patents, Prado’s post goes on to bemoan how “the American patent system is increasingly failing to promote the cause of innovation and progress.” The evidence of this failure is an unsubstantiated claim that patent quality in the United States is declining, a claim that is hyperlinked to a Colleen Chien article, which concludes by noting “one of the major problems with improving patent quality is our inability to measure it.” [emphasis added] Of course, as Google has been a great benefactor of the U.S. patent system (see above), we should be able to take their word for it that patent quality is on the decline.

Google’s issues with patent quality are sharpened by what Prado calls “a rising tide of wasteful patent litigation.” Prado insists that patent litigation has increased by 46% between 2018 and 2021, but this claim is linked to a litigation report from RPX that analyzes non-practicing entity (NPE) litigation campaigns, petitions for America Invents Act (AIA) trials at the Patent Trial and Appeal Board (PTAB) and a great deal of other data; it’s near impossible to determine where Prado’s 46% increase in patent litigation figure comes from in the RPX data. Worse, RPX Corp. is notorious for keeping its data secret, thus preventing any independent third parties from vetting for accuracy.

Prado next paints this alleged increase in a way that plays on the natural prejudices people have against the legal system by claiming it is proof that abusive litigation is threatening America’s innovation engine. Readers are warned about the return of the “patent troll,” an entirely prejudicial term that immediately casts any company enforcing rights against infringers as fairy tale scum. No patent trolls are named, which was ultimately smart on Prado’s part, as the business models employed by companies monetizing patent assets usually play a legitimate function in the complex world of technology licensing.

Of course, Google has a few suggestions for righting the sinking ship of U.S. patent law. In the Executive Branch, Prado encourages policymakers to invest in the USPTO, which she says often doesn’t have enough resources to prevent “invalid patents getting issued to inventors.” Leaving aside the fact that any 2L should be able to see the logical inconsistency of a right already being invalid at the time that it is granted (although in the world that Google wants, all competitor patents would most assuredly be dead on arrival), Prado’s claim plays right into the nebulous patent quality argument that is a perfect game for Google to play: patent quality is impossible to measure, but the higher it goes, the fewer patents in force that Google must contend with. It’s a claim that has nothing to do with improving American innovation, which would be improved by enabling a wider swath of our economy to participate in the patent process by reducing prosecution costs and eliminating Section 101 judicial exceptions, and everything to do with protecting Google revenues by making it harder to obtain enforceable patent rights.

Next, Google wants the federal judiciary to do something about the gamesmanship among patent plaintiffs that has allegedly led to forum shopping, resulting in 25% of all patent lawsuits being filed in a single U.S. courthouse. Finally, Prado hits upon a statistic that is easily vetted and turns out to be true. Though she never mentions it by name, she’s obviously speaking about the Waco Division of the Western District of Texas, which is headed by U.S. District Judge Alan D. Albright. The problem for Prado here is that anyone who has a robust understanding of patent law knows that Judge Albright has a reputation for being a very fair-dealing judge with a wealth of knowledge in patent matters. Western Texas also includes Austin, TX, which has a burgeoning high tech sector, and San Antonio, the seventh-largest city in America, and these TC Heartland-friendly factors, coupled with Judge Albright’s expertise, are perfectly reasonable explanations for the rise of patent litigation in Waco that arguably have less to do with gamesmanship and more to do with the interest that all patent litigants, both plaintiff and defense side, should have in obtaining a fair trial.

Why Talk About One Leahy PTAB Bill Without Discussing the Other?

Finally, and perhaps most brazenly, Prado urges Congress to take legislative action to restore Google’s access to validity trials at the PTAB by removing the USPTO’s discretion to deny petitions challenging patents that are in infringement proceedings in U.S. district court, where essentially the same validity challenges are often raised by defendants. Prado insists that this bill would curb abusive litigation, but the truth is that the Restoring the America Invents Act would overrule the NHK-Fintiv discretionary denial framework at the PTAB that Google and other Big Tech cronies have already failed to overturn through several avenues, including a lawsuit alleging violations of the Administrative Procedures Act filed in U.S. district court. Legislative reforms to the PTAB that Prado’s post does not discuss include an upcoming bill from Senators Thom Tillis (R-NC) and Patrick Leahy (D-VT) to reduce the ability of petitioners like OpenSky Industries to extort patent owners with schemes that manipulate legal processes. This, unlike the vast majority of patent suits filed against entities like Google, is actual abuse of the U.S. legal system, and it’s conveniently forgotten by Google’s General Counsel despite the fact that Leahy is also a co-sponsor of the Restoring the America Invents Act.

One need not squint hard to recognize that Google is addicted to the release from infringement liability, and the PTAB serves as Google’s methadone clinic. After all, Google has filed the third-highest number of petitions for AIA validity trials at the PTAB. Google isn’t filing those petitions to improve American innovation, but rather to evade legal liability for infringement and thereby protect its own corporate revenues from legitimate inventors.

One can’t fault Prado for pushing her employer’s company line: Google is one of the largest companies in history and the tech giant needs the easy ability to invalidate competitor’s patent rights in order for its business model to continue working. But her post discusses none of the real abuses that are actually going on in the U.S. patent world, such as petitioner extortion of patent owners at the PTAB; it fearmongers about the prospects for American innovation based on claims that are barely substantiated; and it urges governmental action that only serves to increase the difficulty of obtaining and enforcing patent rights for all patent owners. The only new, useful and nonobvious methods that Google has invented in the last decade plus are novel ways to push public opinion in favor of policies that make it hard for anyone to compete with Google in the marketplace, and the company’s General Counsel just provided the world with an excellent opportunity to point that out.

As I noted in my Day One public message to stakeholders, which provides a link for engagement with the USPTO, the USPTO invites input from all stakeholders. We invite it in any form, whether through press or from individuals reaching out. It is important that we dialogue on the key issues so we can shape our innovation ecosystem to bring more innovation to impact, while curbing opportunistic behavior. We can all agree that all of us – including the USPTO – need to play a role. The USPTO will do its part by issuing robust and reliable patents. You will see more on that soon, though long-term sustainable efforts will take new thinking from all, and additional input from stakeholders and deliberation. I’m confident that, together, we can make real change.