Hague in Force in China: Tips for Choosing the Hague Agreement or Paris Convention to File Design Patents in China

“Based on our experience and analysis of the relevant regulations, here are some tips for foreign applicants on choosing between the Hague Agreement and Paris Convention to enter China with their design patent applications.” 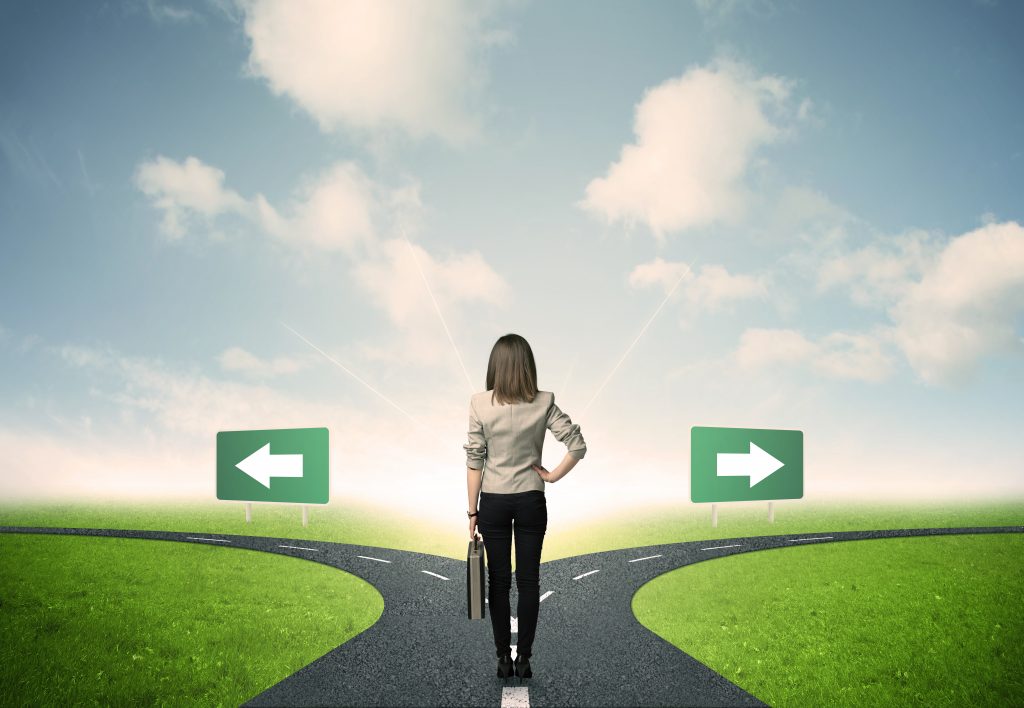 The Hague Agreement Concerning the International Registration of Industrial Designs (the “Hague Agreement”) will enter into force in China next week, on May 5. Together with the original Paris Convention approach, there will now be two different options for filing design patents in China: the Hague system (designated extension) and the Paris Convention (direct entry). 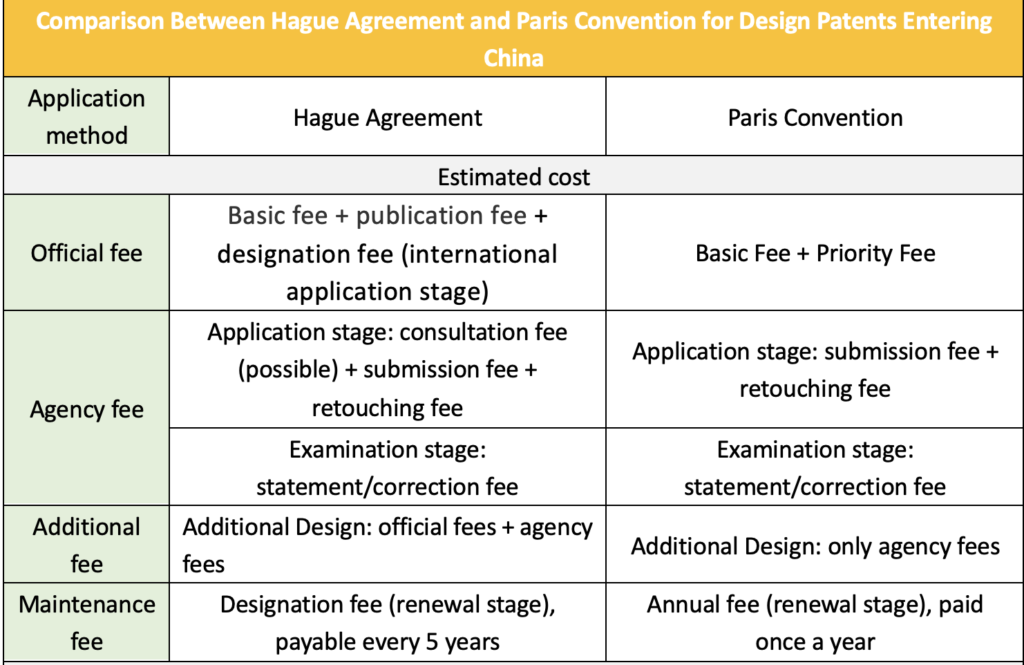 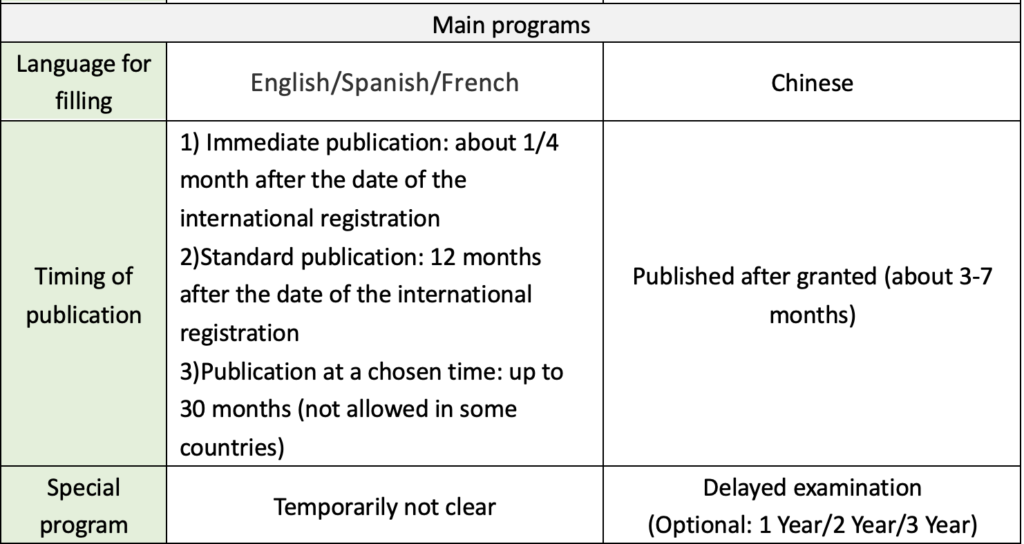 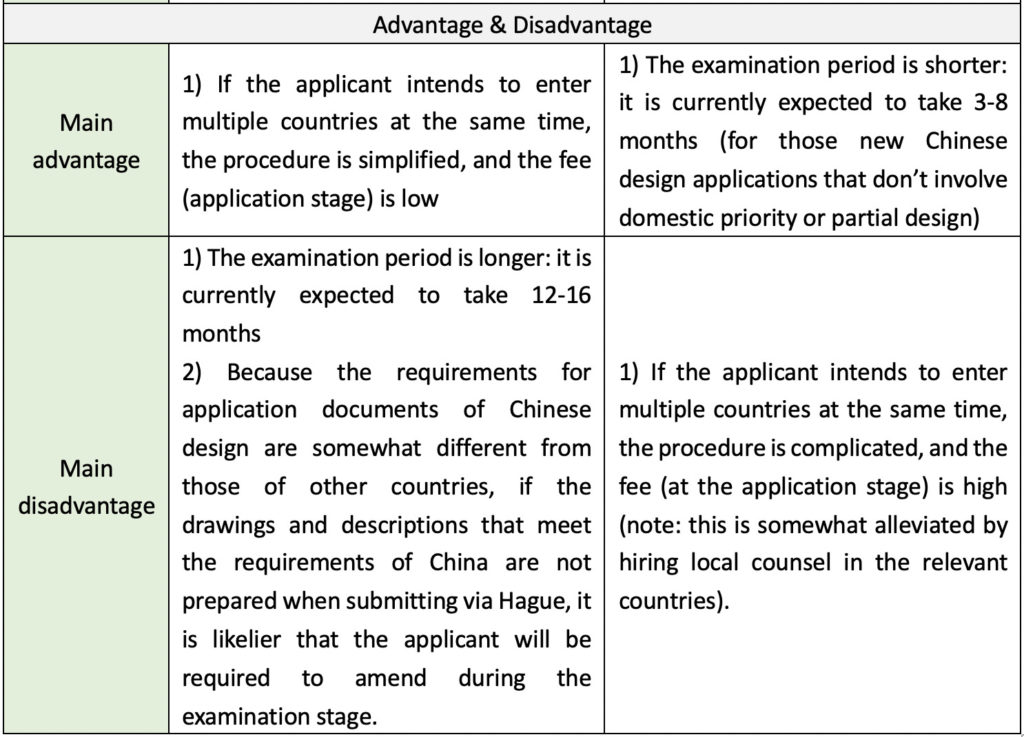 The drawing requirements for Japan and South Korea are also unique and should be exactly the same as the drawings of the priority application (omitted views without design points can be added).

Based on our experience and analysis of the relevant regulations, we have the following preliminary suggestions on how foreign applicants should choose to enter China:

1) If there are fewer than three countries, regardless of whether the United States and China are included, it is recommended to apply separately through the Paris Convention.

3) Fewer than five countries and more than three countries, including only the United States or China, but not both, it is recommended to apply through the Hague Agreement.

4) For more than five countries, regardless of whether the United States and China are included, it is recommended to apply through the Hague Agreement.

Lastly, for new applications entering China through the Hague system, whether the “delayed publication time” is up to 30 months is uncertain for the time being (because the regulations of each country are different), but we infer that it is likely to be delayed up to 30 months. The specific regulations will be announced soon.

Editors note: this article was originally attributed to Peter H. Li at Jiaquan in error.

Ethan Zou Ethan J. Zou is a Patent Attorney with Jiaquan IP Law. He graduated from the University of Electronic Science and Technology of China, majoring in mechanical design, manufacturing and automation, [...see more]