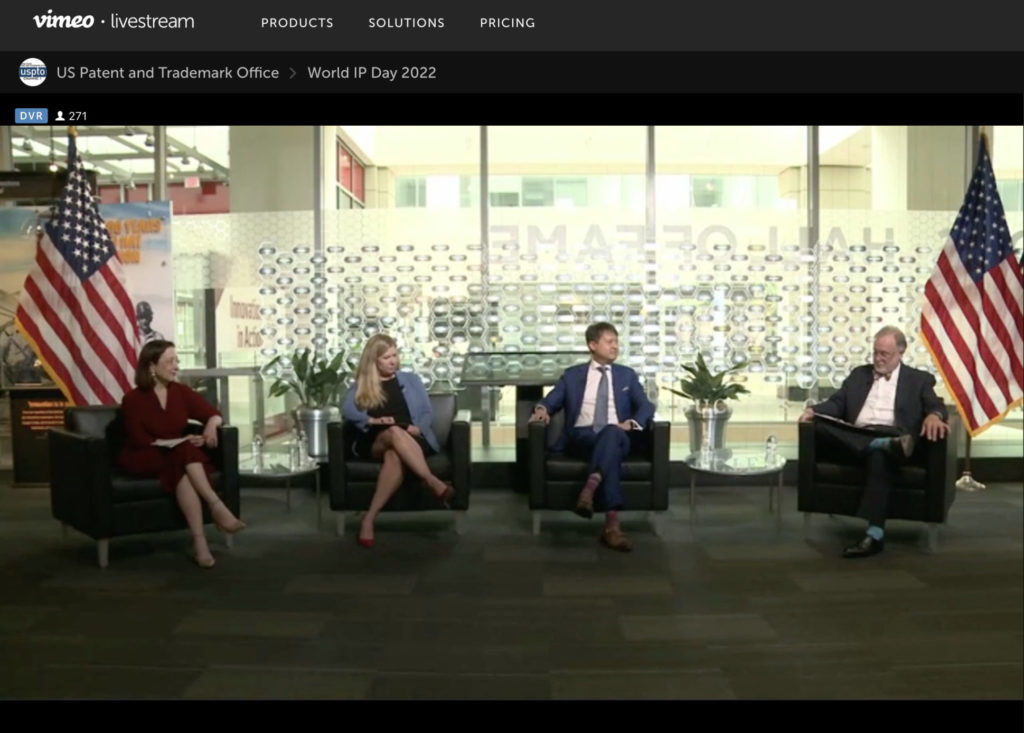 It is once again World IP Day, on which the global intellectual property (IP) community celebrates IP and innovation, as well as the day that the Convention establishing the World Intellectual Property Organization (WIPO) came into force (April 26, 1970). World IP Day was first observed in 2000 in an effort by WIPO to raise awareness of the importance IP plays in fostering innovation and creativity. This year, WIPO has chosen to focus on the theme of “IP and Youth: Innovating for a Better Future,” spotlighting young entrepreneurs and innovators across the globe. There’s a youth video competition, a World IP Day Youth Gallery, and dozens of events taking place worldwide throughout the week.

The Youth Gallery is worth browsing through—there are young inventors tackling pollution, hunger and climate change; entrepreneurs delivering innovative health solutions; techies who are expanding access to everything from food to education and healthcare; cutting-edge artists, musicians and authors; and pioneering researchers.

The USPTO’s World IP Day event, IP For a Better Future, included a fireside chat with USPTO Director Kathi Vidal,; Register of Copyrights Shira Perlmutter; and Daren Tang, Director General of WIPO, who discussed how to promote IP adoption among young innovators. The chat was moderated by American Intellectual Property Law Association (AIPLA) President Patrick Coyne, who asked each of the IP leaders what their priorities will be in the coming year. Vidal replied quite broadly that she wants to “get back to first principles” by focusing on “what it is that’s going to incentivize innovation from everyone, especially in key tech areas, what is it that’s going to properly protect that innovation both in the United States and across the world, and then what is it that’s going to get that innovation to impact?”

Vidal took the helm at the USPTO earlier this month and so far has announced updates to promote greater transparency in Arthrex Director review requests, an upcoming request for comment on the Director review request process under Arthrex, and also published a summary of comments received following the USPTO’s December 2020 Federal Register Notice (FRN) on whether the Office’s interpretation of 35 U.S.C. section 171—specifically, the “article of manufacture” requirement—”should be revised to protect new and emerging technologies, including digital designs.”

Perlmutter said the Copyright Office will be looking at how to open up the copyright system to more participants, particularly with respect to how to modernize the Office’s IT systems and identifying underserved communities, while Tang explained that WIPO is “reimagin[ing] and rethink[ing] the role of WIPO and the role of IP in the world.” Tang said the Office is trying to move beyond the legal rights and services it administers as part of its core mission in order to better communicate how IP rights are a powerful catalyst for jobs and economic growth and to make IP more relatable, as well as more inclusive. This includes better outreach to young people, who are a major part of demographics in the developing world, as well as women and SMEs.

Senators Patrick Leahy (D-VT) and Thom Tillis (R-NC) also each delivered video remarks as part of the USPTO event. Leahy said we should be encouraging more young people of all backgrounds to participate in the patent system and plugged his bill, the “Unleashing American Innovators Act”, which he said will update the Patent Pro Bono Program, among other changes to close the innovation gap. He also said he’s making sure all USPTO fees are returned to the Office this budget.

Tillis focused on strengthening the IP system to keep the United States in the innovation lead. “Our country’s future will be built on the shoulders of today’s young engineers, scientists, creators, software developers and many other young creative and innovative people,” Tillis said.

Other panels at the USPTO event addressed how to support IP protection and awareness in sustainable technologies.

Be an Outreach Advocate

In honor of World IP Day, the Intellectual Property Owners Association (IPO) – IPO Education Foundation (IPOEF) and the IPO D&I Outreach Subcommittee are inviting stakeholders to Host Your Own Youth Outreach Program in order “to introduce innovation and IP to the next generation of diverse innovators.” Teams should be comprised of 3-4 people with “diversity of experience, expertise, and background” and must be registered by May 1 to qualify for an IPOEF Outreach Advocate Award.