“Rather than point to where there are objective conflicts of interest—like at the Patent Trial and Appeal Board, where the Administrative Patent Judges tasked with stripping vested property rights from innovators astonishingly have no judicial code of conduct—the Editorial Board bizarrely points to former USPTO Director Andrei Iancu.” 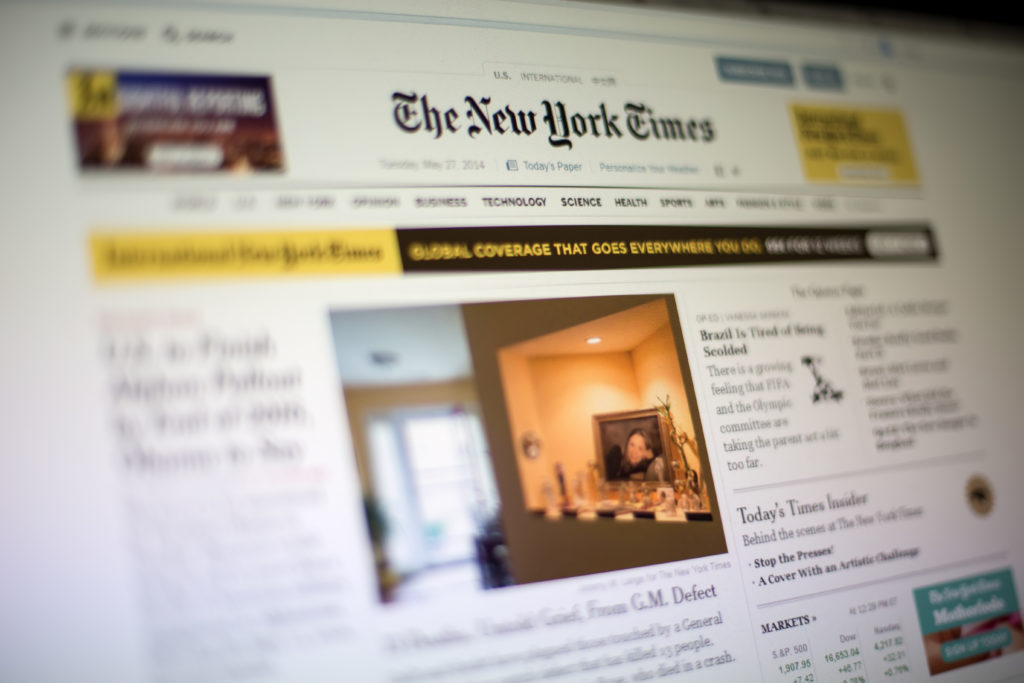 The New York Times Editorial Board over the weekend penned an op-ed charging that the U.S. Patent and Trademark Office (USPTO) has “devolved into a backwater office that large corporations game, politicians ignore and average citizens are wholly excluded from.” The piece calls for an overhaul of the U.S. patent system and for new USPTO Director Kathi Vidal and Congress to “seize the opportunity…to modernize and fortify the patent system.” It includes input from Priti Krishtel of the Initiative for Medicines, Access and Knowledge (I-MAK)—which recently has been the subject of scrutiny by pro-patent lawmakers like Senator Thom Tillis (R-NC)—and Charles Duan, who has testified to Congress that patents deter genetic research and “bully and suppress true innovators.”

Predictably missing from the anti-property view expressed by the New York Times Editorial Board is any context, input, acknowledgement, or comment from patients who owe their lives to patented drugs, therapies and vaccines, or anyone who disagrees with the “patents are the problem” manifesto.

One inconvenient truth either ignored by the Editorial Board, or more likely not known since they are opining on issues they know nothing about, is the fact that 95% of the essential medicines identified by the World Health Organization are off patent. That means that these essential medicines are available practically for free, and for all time, courtesy of the patent system. Of course, such an inconvenient truth must be ignored in a hit-piece on the U.S. patent system when property rights are to blame for everything that ails the public.

The opinion piece goes on to make reference to claims from Congress about the number of patents covering the top U.S. drugs, which rely on I-MAK’s contested data. The article cites a recent investigation by the House Oversight Committee, which links to a report that leans heavily on I-MAK’s figures. While I-MAK has responded to the allegations that its data is faulty, Tillis and others have been dissatisfied with its response, noting that it failed to disclose its data as requested and “instead largely repeated the same explanations it employs in its reports.” The New York Times piece does not mention the debate, but it does rely on the faulty data as if it is credible.

Why would the New York Times rely on faulty data? Because the truth does not support their anti-property, anti-patent narrative.

The piece ultimately recommends that Vidal/ Congress take five steps to “improve” the patent system. One of the recommendations is to “eliminate potential conflicts of interest”, which sounds like a splendid idea. But rather than point to where there are objective conflicts of interest—like at the Patent Trial and Appeal Board (PTAB), where the Administrative Patent Judges tasked with stripping vested property rights from innovators astonishingly have no judicial code of conduct—the Editorial Board bizarrely points to former USPTO Director Andrei Iancu. The New York Times actually has the audacity to claim that Iancu returning to his firm on a part-time basis is some conflict of interest. Of course, that Iancu returned to his firm on a part-time basis and that the lion-share of his professional activities are devoted to his work at the Center for Strategic & International Studies, a Washington, D.C. based think tank, is left out.

So, why did the New York Times misrepresent Iancu’s professional status after leaving the USPTO? Because the truth does not support their narrative, which was intended to whip the progressive base into an unwarranted frenzy by characterizing Iancu as a “Trump administration appointee” and then grossly mischaracterizing his professional status and lying about some unethical revolving door. For crying out loud, Iancu is a patent litigator who represents clients in federal court, not at the USPTO.

Even the apparent “gotcha” the New York Times thought they had relative to the PTAB denying a petition against a former Irell & Manella client is entirely misplaced and demonstrates a complete lack of understanding of USPTO procedure. While the America Invents Act (AIA) gives the Director the authority to institute challenges, former Director David Kappos, who was in charge of the USPTO when the AIA was implemented, delegated his authority to the APJs on the PTAB (See MPEP 1002.02(j)). To the great dismay of many innovators and commentators, including this commentator, the APJs have always overseen what challenges they accept and what challenges they deny, which means they control their own workload. To criticize Iancu for a decision he had no control over based on Office rules and regulations is a bridge too far, unless of course a “hit job” on Iancu and the patent system was the goal of the Editorial Board.

The other four recommendations that the Editorial Board claims would “improve” the patent system are:

These recommendations range from bad to just plain stupid.

Insofar as allowing the public to participate, the AIA created the opportunity for the public to participate in the examination of every application. The public is allowed to file third party pre-issuance submissions, which is one of the least used procedures at the USPTO. So much a failure is third party pre-issuance submissions, they are not even referred to in the 2021 USPTO Accountability Report. Indeed, almost no one has filed these submissions since inception because by filing these during prosecution it gives the patent applicant a chance to address the prior art and come out with valid rights. So, letting the public participate is a great idea that has been tried and has failed. The public has no interest in participating, which the Editorial Board would have known had they spoken to anyone familiar with patents or the patent system.

As for enforcing existing standards, I’m personally all for that; if the USPTO did that across the board, it would lead to more, not fewer, patents. Of course, the Editorial Board has no clue.

In any event, those with their own thoughts on the op-ed should write to [email protected].