“Countless other analogs [to the ‘183 patent] can be found in everyday life stretching back through time, from Roman magistrates allocating work to citizens in the Forum to meet the needs of the city, to the host of a local restaurant directing customers to the bar, a table, or other location in the restaurant based on the customer’s needs and the waiters’ availability to address those needs.” – Judge Donato 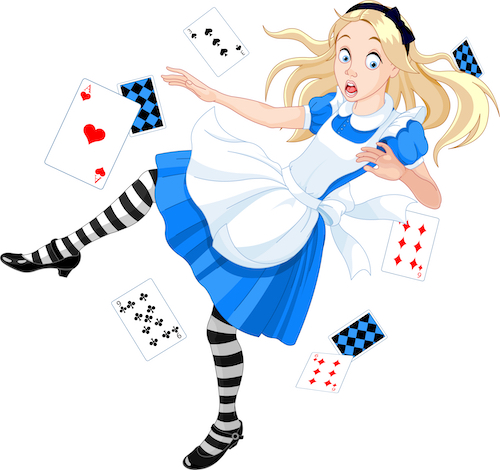 Last week, U.S. District Judge James Donato of the Northern District of California issued a judgment on the pleadings invalidating claims from one of 12 patents asserted by semiconductor and software developer Broadcom against streaming video provider Netflix. The ruling is the latest setback for Broadcom in its enforcement campaign against Netflix’s use of patented server technologies to support streaming media services that are cutting into Broadcom’s market for semiconductors developed for use in set-top boxes.

Despite Aatrix, Donato Finds Judgment on the Pleadings Appropriate for Section 101 Issue

In Judge Donato’s nine-page ruling, he noted that under Federal Circuit case law, including Aatrix Software v. Green Shades Software (2018), patent eligibility determinations can only take place at the pleadings stage when there are no factual allegations from the plaintiff preventing the resolution of eligibility as a matter of law. However, in the present case, Broadcom neither objected to determining patent eligibility under 35 U.S.C. § 101 at the pleadings stage nor raised any factual dispute on eligibility, and neither party in the case raised any claim construction arguments bearing on eligibility, making resolution on the pleadings appropriate according to Judge Donato.

Job Allocation Without Inventive Concept is Abstract Under Alice

In the first step of the two-step Section 101 patent eligibility test under the Alice/Mayo framework, Judge Donato found that the plain language of claim 1 of the ‘183 patent as well as the patent’s specification showed that the asserted claim is directed to the abstract idea of allocating tasks across a system of servers.

Netflix says that Claim 1 is no different from the commonplace occurrence of a manager assigning tasks in an office. Countless other analogs can be found in everyday life stretching back through time, from Roman magistrates allocating work to citizens in the Forum to meet the needs of the city, to the host of a local restaurant directing customers to the bar, a table, or other location in the restaurant based on the customer’s needs and the waiters’ availability to address those needs. Such a ‘fundamental [and] long prevalent’ practice is a quintessential abstract idea.

Broadcom had argued that claim 1 was directed to an efficiency improvement for distributed computing systems, but Judge Donato held that the claimed balancing of workloads of computing devices within a system was not an improvement to computer functionality “but rather an articulation of the idea that rules may be applied to decide which devices should be used for a particular device.” Donato contrasted this with inventions “that truly solved technological problems” in computing systems, including the self-referential table at the center of Enfish v. Microsoft Corp. (CAFC, 2018) that improved search times and decreased memory requirements over traditional databases, and the user-friendly interface for navigating between three-dimensional spreadsheets at issue in Data Engine Technologies v. Google (CAFC, 2021).

At the second step of Alice/Mayo, Judge Donato found that claim 1 of the ‘183 patent “simply recites ordinary steps, performed in a conventional order, on conventional computer technology.” Judge Donato found that claim 1’s recitation of an order of functions “‘merely describe the functions of the abstract idea itself, without particularity,’” which fails the second step of the Alice/Mayo analysis under the Federal Circuit’s 2017 decision in Intellectual Ventures I v. Capital One Financial Corp.

Broadcom had argued that the utilization values and user-defined parameters for determining which computer device should perform a job provided an inventive concept, but Judge Donato found that this argument did nothing more than restate the abstract idea to which claim 1 is directed. Contrary to cases like BASCOM Global Internet Services v. AT&T Mobility (2016), in which the Federal Circuit found support for an inventive concept in the specification of the patent-at-issue, Judge Donato found that the ‘183 patent did not disclose how the claimed method fundamentally changes the functionality of traditional computer systems.

Broadcom first filed the present lawsuit against Netflix back in March 2020 in the Central District of California. In the original complaint, Broadcom alleged that Netflix had built its streaming video delivery service at least in part on Broadcom’s patented server technology, including content delivery systems that ensure reliable delivery with minimal interruptions and encode content in formats compatible with client devices receiving that content. Increased demand for Netflix and other video streaming services has reduced consumer demand for traditional cable television, which Broadcom alleged has substantially reduced Broadcom’s set-top box business.

Following transfer of Broadcom’s suit against Netflix to Northern California, Judge Donato issued a September 2021 order on a motion to dismiss which invalidated asserted claims from three of Broadcom’s asserted patents, not including the ‘183 patent, under the Section 101 Alice/Mayo test. Similar to the ‘183 patent, Broadcom patent claims in Judge Donato’s September 2021 order were invalidated for being directed to abstract ideas “akin to the time-honored practice of delivering packages from one address to another, using different carriers and routes depending on which is most efficient considering the recipient’s address and preferences.” Judge Donato dismissed infringement claims based on those three patents with leave to amend, and Broadcom filed a second amended complaint in the case in early October 2021.

Along with the transfer of Broadcom’s suit originally filed in Central California, Netflix has also been successful in transferring another patent lawsuit filed against it by Broadcom subsidiaries CA Inc. and Avago International to Northern California. After that lawsuit was filed in Eastern Texas back in March 2021, Netflix petitioned the Federal Circuit twice for mandamus relief seeking transfer of the case to Northern California. Although the Federal Circuit denied mandamus relief to Netflix in October 2021, with the appellate court’s expectation that the Eastern Texas district court would promptly act on the motion to transfer venue, a different Federal Circuit panel granted mandamus relief this January after finding that the district court clearly abused its discretion in denying the transfer. U.S. District Judge Edward Chen, presiding over CA and Avago’s lawsuit against Netflix, recently entered a stay of those proceedings pending the resolution of inter partes review (IPR) proceedings instituted upon four of five patents asserted by CA and Avago in that case.