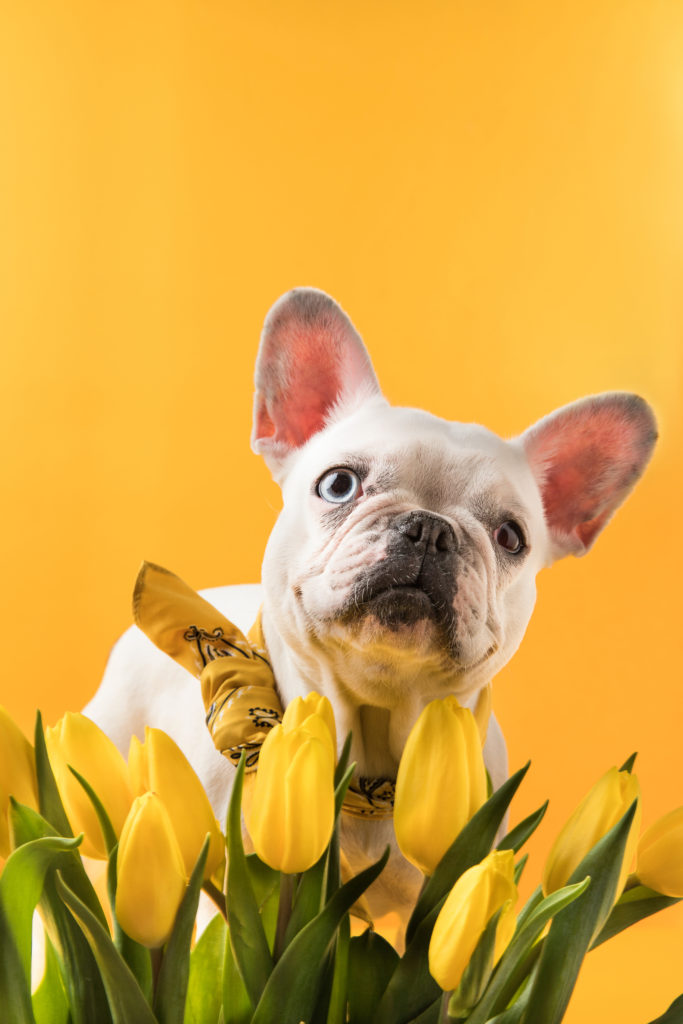 This week in Other Barks & Bites: Senators Thom Tillis and Patrick Leahy announce a forthcoming bill to limit petitioner challenges at the PTAB, preventing abuse; the U.S. Chamber of Commerce publishes an open letter to Congress in support of bills limiting the Executive Branch’s ability to authorize a waiver of IP obligations under TRIPS; the Federal Court of Australia overturns a previous decision that had found DABUS AI as a legitimate inventor on patent applications filed in Australia; the Copyright Office announced that the Brattle Group’s Brent Lutes will serve the agency as its first Chief Economist; Elon Musk makes an unsolicited bid to buy Twitter that values the company at nearly $42 billion; the Department of Justice announces that the RaidForums marketplace for hacked databases has been seized; and Judge Albright issues a ruling invalidating reissued patent claims for failing the original patent requirement codified in Section 251(a) of U.S. patent law.

Australian Appeals Court Overturns Ruling Granting Inventorship to DABUS AI – On Wednesday, April 13, the Federal Court of Australia issued a ruling overturning a previous decision it had issued last November finding that DABUS AI, the artificial intelligence system at the center of an international patent application filing campaign testing the legality of human inventorship requirements, could not be listed as an inventor in patent applications filed by Dr. Stephen Thaler, the developer of DABUS AI.

Senators Tillis, Leahy Announce Bill Coming to Prevent PTAB Abuse – On Tuesday, April 12, The Hill published an op-ed penned by Senators Patrick Leahy (D-VT) and Thom Tillis (R-NC) which announced that the respective Chair and Ranking Member of the Senate Intellectual Property Subcommittee were working on draft legislation to be introduced in the Senate in the coming days that will be designed to limit challenges that petitioners can bring to the Patent Trial and Appeal Board to eliminate abuse by bad actors at the PTAB, specifically calling out recent actions by OpenSky Industries as one example of such abuse.

DOJ Seizes RaidForums Marketplace for Hacked Databases – On Tuesday, April 12, the U.S. Department of Justice (DoJ) announced that a series of websites associated with the online RaidForums marketplace for hacked and stolen databases were officially seized. The DoJ also unsealed criminal charges against Diogo Santos Coelho, a Portuguese national who was arrested in the UK and is currently in extradition proceedings to answer the charges in U.S. federal court.

Judge Albright Invalidates Ikorongo Patent Claims Under Original Patent Doctrine – On Tuesday, April 12, U.S. District Judge Alan D. Albright of the Western District of Texas issued a ruling on summary judgment finding that reissued patent claims asserted by Ikorongo Texas against dating app provider Bumble Trading were invalid under the original patent requirement, codified at 35 U.S.C. § 251(a), because the particular combination of claim limitations in the reissued patent claims asserted by Ikorongo Texas were not clearly and unequivocally disclosed in the specification of the original patent from which the reissue patent was derived.

CAFC Vacates Claim Construction Ruling After Finding “Resilient” and “Pliable” Not Indefinite – On Monday, April 11, the U.S. Court of Appeals for the Federal Circuit issued a precedential decision in Niazi Licensing Corp. v. St. Jude Medical S.C., Inc. in which the appellate court reversed part of a claim construction ruling from the District of Minnesota. The Federal Circuit found that the district court erred in finding the claim terms “resilient” and “pliable” to be indefinite under 35 U.S.C. § 112 based on the intrinsic evidence of dependent claims and the written description, which provided boundaries to the scope of those claim terms that were communicated to skilled artisan with reasonable certainty.

Open Letter From U.S. Chamber of Commerce Supports Bills Limiting TRIPS Waivers – On Monday, April 11, the U.S. Chamber of Commerce published a letter it had previously addressed to members of Congress expressing strong support for both the No Free TRIPS Act, introduced by Representative Marsha Blackburn (R-TN) in early April, and the Protecting American Innovation Act, introduced by a collection of House Republicans led by Representatives Adrian Smith (R-NE) and Vern Buchanan (R-FL). If enacted, both bills would give Congress the ability to control the authority of either the President or the U.S. Trade Representative to enter into negotiations that would waive reciprocal IP rights under the Agreement on Trade-Related Aspects of Intellectual Property Rights (TRIPS Agreement) for innovations related to COVID-19.

Eastern Texas Jury Enters $42 Million Award on Seagen Patent Challenged in IPR – On Friday, April 8, a jury verdict entered in the Eastern District of Texas awarded $41.8 million in damages to patent owner Seagen after finding that a breast cancer treatment marketed by Daiichi Sankyo infringes upon Seagen’s patent claims; the verdict also held that the patent claims were not invalid for anticipation. The previous day, the Patent Trial and Appeal Board (PTAB) had instituted a Daiichi Sankyo petition seeking inter partes review (IPR) proceedings challenging the validity of Seagen’s patent supporting the damages claim in the district court case.

Locascio Finally Receives Senate Confirmation to Lead NIST – On Thursday, April 7, the U.S. Senate voted to confirm Laurie Locascio as Under Secretary of Commerce for Standards and Technology and Director of the National Institute of Standards and Technology (NIST) nearly nine months after she was nominated to that position by President Joe Biden.

Judge Donato Nixes Broadcom Claim Under Section 101 in Judgment on the Pleadings – On Wednesday, April 13, U.S. District Judge James Donato of the Northern District of California issued a judgment on the pleadings in which dismissed with leave to amend one of twelve patent infringement claims filed by semiconductor and software developer Broadcom against streaming media service Netflix. Judge Donato found that claims covering a method for dynamic resource provisioning for job placement were directed to the abstract idea of allocating tasks across a system of servers without any inventive concept transforming the abstract idea into a patent-eligible invention.

Delaware Jury Verdict Clears Aptiv of Patent Infringement Claims From Microchip – On Wednesday, April 13, a jury verdict entered in the District of Delaware that said patent claims owned by Microchip Technology and covering integrated circuits for use in automotive entertainment systems where not invalid as obvious or for Section 112 issues with enablement and written description requirements, although the jury also found that auto entertainment systems sold by Aptiv Services did not infringement on Microchip’s patent claims.

Vidal Sworn In as Director of USPTO  – On Wednesday, April 13, Kathi Vidal was sworn in as Under Secretary of Commerce for Intellectual Property and Director of the U.S. Patent and Trademark Office in a ceremony held within the Madison Atrium of the USPTO, with Federal Circuit Chief Judge Kimberly Moore administering the oath of office to Vidal.

Brent Lutes Appointed to Serve as U.S. Copyright Office’s First Chief Economist – On Tuesday, April 12, the U.S. Copyright Office announced that Brent Lutes, an applied economist with experience with the global economic and financial consulting firm Brattle Group, has been appointed to serve the Office as the agency’s first-ever Chief Economist, in which role Lutes will be responsible for analyzing the economic impacts of U.S. and international copyright policies and advice the Register of Copyrights how those policies impact the Office, agency stakeholders and the general public.

USPTO Withdraws Notice of Combined Petition Option for Collaborative Search Pilot – On Tuesday, April 12, the USPTO issued a notice of withdrawal in the Federal Register announcing that its previous notice of a combined petition option for patent applicants participating in the Expanded Collaborative Search Pilot (CSP) program. The withdrawal states that the earlier notice was inadvertently published in the Federal Register prematurely and that the agency is still finalizing the new petition option in discussions with both the Japan Patent Office and the Korean Intellectual Property Office.

Brooklyn Nets Sued Over Twitter Posts With Unauthorized Use of Brookylnettes Photos – On Monday, April 11, photographer Stephen Yang filed a lawsuit in the Eastern District of New York against the NBA professional basketball team Brooklyn Nets, alleging claims of copyright infringement stemming from the team’s unauthorized use of a pair of pictures showing the Brooklynettes athletic dance team on a Twitter account run by the NBA team.

Musk’s Unsolicited Bid to Buy Twitter Values Company at $41.4 Billion – On Wednesday, April 13, Tesla CEO Elon Musk filed a Schedule 13D form with the U.S. Securities and Exchange Commission (SEC) informing the agency that Musk had made an offer to Twitter to buy all outstanding shares of Twitter for cash at a price of $54.20 per share, a 38 percent premium over Twitter’s stock price on April 1, the day before Musk disclosed a significant investment stake in Twitter. The deal would value the social media company at $41.4 billion.

Sellers Using Amazon Fulfillment to Pay New 5% Fuel and Inflation Surcharge – On Wednesday, April 13, e-commerce giant Amazon.com announced that third-party sellers in the U.S. who use Amazon Fulfillment to deliver online orders will have to pay an additional surcharge within two weeks which will add five percent to every such order to cover increased costs due to rising fuel prices as well as inflation.

Quarterly Earnings – The following firms identified among the IPO’s Top 300 Patent Recipients for 2021 are announcing quarterly earnings next week (2020 rank in parentheses):