“If we take the words of Senators Leahy and Tillis seriously, which there is every reason to do, it seems that they are contemplating allowing those defendants who are facing a lawsuit to have one opportunity to assert a meritorious challenge against the patent at the PTAB. That would be a big step in the right direction.” 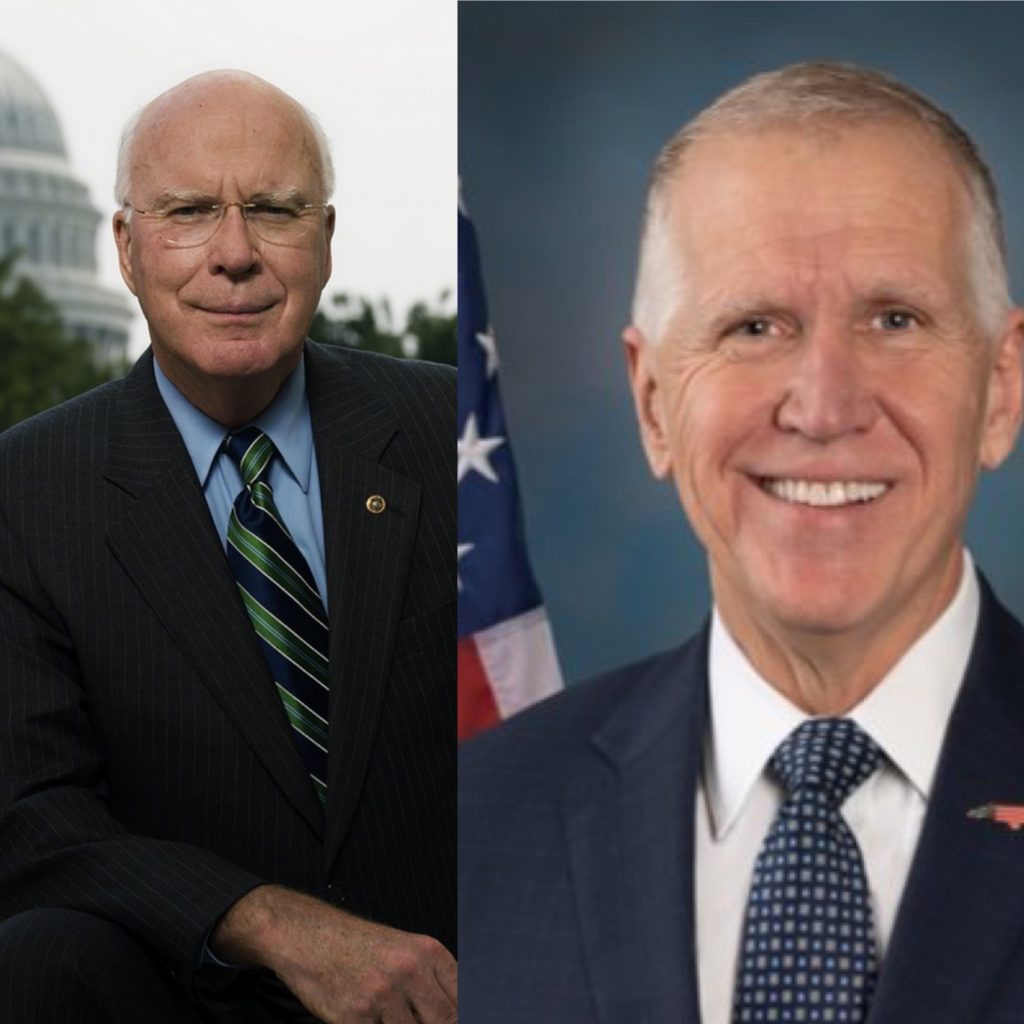 Last night, the Chairman and the Ranking Member of the Senate Judiciary Subcommittee on Intellectual Property published an op-ed in The Hill on the important role the Patent Trial and Appeal Board (PTAB) plays in the U.S. patent ecosystem, and expressed their commitment to strong patent rights as a necessity for American innovation to flourish.

“In order to ensure America’s continued dominance in all areas of innovation, we must have strong patent rights,” Senator Patrick Leahy (D-VT) and Senator Thom Tillis (R-NC) wrote. “However, for our patent rights to truly be strong, they have to be based on high-quality patents… The Patent Trial and Appeal Board (PTAB) plays a critical role in this process and is a necessary backstop to invalidate truly low-quality patents that do not represent true innovation and never should have been issued.”

The Senators recognized in their op-ed that in the past the PTAB “has been abused by bad actors and has operated in a way that had disadvantaged patent holders and independent inventors alike.” They explained that they “feel it is important that those facing lawsuits from patent owners should have the opportunity to raise at least one legitimate, good-faith, and meritorious challenge against patents being asserted against them, without allowing the process to overwhelm patent owners with gamesmanship and strategic litigation…”

According to Senators Leahy and Tillis, a draft bill will be released in the coming days that will seek to reform the PTAB and to “restore predictability to the inter partes review process, eliminate abuse by bad actors like OpenSky Industries, and ensure there are safeguards in place to prevent gamesmanship and strategic litigation aimed at efficient infringement.”

As I wrote several months ago, the PTAB desperately needs reform. At the time the America Invents Act (AIA) was enacted, the purpose was to create a streamlined, less expensive, alternative administrative means to challenge the invalidity of issued patents. If that was the purpose of the PTAB, this entire experiment can be objectively characterized as nothing other than an abysmal failure. What has evolved is anything but streamlined, and it is certainly not inexpensive, costing anywhere from $300,000 to over $1,000,000 per petition.

And now, OpenSky has created a cottage industry that can only fairly be characterized as extortion. They are challenging the VLSI patents that were the basis of a $2 billion verdict just because they want to extract a settlement from VLSI. It is clearly a shakedown, as explained in an e-mail from OpenSky’s attorney to the attorney representing VLSI, who agreed to settle the inter partes review (IPR) challenge, not notify the PTAB and then work with VLSI behind the scenes and unknown to the PTAB or the other parties to ensure the VLSI patents survived.

Meanwhile, the PTAB still does not have any judicial code of conduct for its Administrative Patent Judges, which has allowed at least two of the APJs to rule on cases of former clients (see here and here, for example).

None of this, nor the myriad other procedural infirmities that always seem to cut against the patent owner, can be what Members of Congress thought they were creating.

If we take the words of Senators Leahy and Tillis seriously, which there is every reason to do, it seems that they are contemplating allowing those defendants who are facing a lawsuit to have one opportunity to assert a meritorious challenge against the patent at the PTAB. That would be a big step in the right direction. The lack of a standing requirement to bring an IPR challenge has led to enormous gamesmanship, as demonstrated by the OpenSky debacle. It has, of course, continued to create problems associated with who is really paying for the challenges. The question about real party in interest, which has a long and well-understood meaning in the law, has never been appropriately applied by the PTAB, even after the Federal Circuit’s ruling in Applications in Internet Time, LLC v. RPX Corporation.

So, as we wait for the draft PTAB reform bill, we hope for something that will fulfill the promises made in 2011 by Members of Congress. If the bill does contain a standing requirement, it will fix a lot of the ailments of the IPR system, eliminating most of the gaming. A standing requirement would also further reduce the number of filings, giving the APJs more time to focus on actually holding real hearings, taking evidence, listening to witnesses and getting things right before they decide to take away what are supposed to be vested property rights.