“The district court had applied a ‘continuing-impact’ standard that ‘posited that acts occurring before the damages period could support a finding of inducement’…. The CAFC said neither the district court nor Meso offered any support for this standard and that it was ‘in tension with Standard Oil.'” 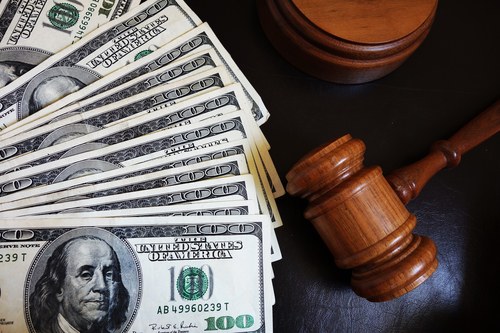 On April 8, in a mixed and split precedential decision, the U.S. Court of Appeals for the Federal Circuit (CAFC) affirmed, reversed, vacated, and remanded a decision by the U.S. District Court for the district of Delaware in a patent infringement suit brought by Meso Scale Diagnostics (Meso) against Roche Diagnostic Corporation and BioVeris Corporation (collectively Roche). Judge Pauline Newman dissented.

Meso was created pursuant to a joint venture agreement between IGEN International (IGEN) and Meso Scale Technologies in 1995. The formed agreement specified that Meso would perform a “Research Program” that included a license agreement. The scope of the license agreement was what was being contested by Roche. Roche also has a licensing history with IGEN when they acquired Boehringer Mannheim GmbH in 1998, which IGEN had previously licensed to develop, use, manufacture and sell electrochemiluminescence arrays in a particular field, namely hospitals, blood banks, and clinical reference laboratories in 1992. In 2003, IGEN and Roche agreed to terminate the 1992 agreement and executed a new agreement granting Roche the nonexclusive right to IGEN’s electrochemiluminescence technology in the field of “human patient diagnostics.” As part of the 2003 transaction, IGEN formed BioVeris which IGEN subsequently transferred its electrochemiluminescence patents to.

A Roche affiliate acquired BioVeris in 2007, after which Roche began selling the electrochemiluminescence products without the field restriction. Meso brought suit against Roche in the Delaware Court of Chancery, claiming that Roche breached the 2003 license agreement by violating the field restriction. The chancery court found that since Meso was not a party to the 2003 agreement, they could not bring suit; BioVeris was the only one who could enforce the field restriction. In 2017, Roche brought this suit seeking a declaratory judgment that it wasn’t infringing on Meso’s rights arising from the 1995 joint venture license agreement, after which Meso counterclaimed for patent infringement.

Roche challenged the district court’s holdings regarding the scope of Meso’s license rights, the induced infringement verdict and the damages award. Roche’s challenge of the scope of the license agreement was their only challenge to the direct infringement judgment and is one of multiple grounds for challenging the induced infringement holding. The 1995 license agreement has two pertinent provisions, prong A and B. Meso argued that prong A grants it rights in all the asserted patent claims and prong B grants it rights in the ‘729 patent.

The court began by analyzing prong A; Roche made two principal arguments on appeal. Roche relied on the provision’s plain language in their argument, saying the language gave Meso the exclusive right to any new product resulting from the research program. Roche relied on the parties’ course of conduct, arguing that IGEN, BioVeris and Roche sold products generated from the research program up until 2007 without objection by Meso. The CAFC found Roche’s interpretation of the word “developed” to be more natural than Meso’s strained interpretation, however, ultimately the court did not need to decide on an interpretation because that dispute only concerned the ‘779 and ‘729 patents, which predate the 1992 joint venture agreement.

The ’939 patent did not predate the joint venture agreement and was the only patent at issue regarding the interpretation of “developed.” The court found that Roche was unpersuasive in providing any reason why under its own interpretation the asserted claims of the ‘939 patent weren’t developed in the course of the research program. Roche and Meso made similar arguments regarding prong B, but the court ultimately determined they did not need to decide on the argument since they reversed the decision based on other grounds.

The CAFC reversed the district court’s judgment that Roche induced infringement of the ‘779 and ‘729 patent on two independent grounds: absence of intent and absence of an inducing act. The court found that the district court did not apply the correct intent standard when denying Roche’s JMOL because Roche couldn’t have acted with the knowledge that their actions constituted infringement.

Relying on Standard Oil Co. v. Nippon Shokubai Kagaku Kogyo Co. (Fed Cir. 1985), Roche argued that Meso didn’t prove it committed inducing acts within the patent damages limitations period under 35 U.S.C. § 286, which states: “Except as otherwise provided by law, no recovery shall be had for any infringement committed more than six years prior to the filing of the complaint or counterclaim for infringement in the action.” The court clarified this point, noting: “To be clear, Roche’s argument isn’t that the alleged infringement occurred outside the six-year period. Rather, it’s that the alleged acts of inducement did.”

The court found in applying Standard Oil Co., Roche’s press release, customer letter, and removal of field restrictions didn’t support the jury’s induced-infringement verdict because the evidence indicated that none of the acts occurred within the damages period. The district court had applied a “continuing impact” standard that “posited that acts occurring before the damages period could support a finding of inducement if they ‘continue[d] to have an impact and cause[d] third parties to use the products-at-issue outside’ of the licensed patient-diagnostics field after April 2011.’” The CAFC said neither the district court nor Meso offered any support for this standard and that it was “in tension with Standard Oil,” which rejected a similar argument.

Given the finding that there was no induced infringement, the CAFC vacated the damages award and remanded for a new trial on damages. The court discussed Roche’s appeal for the damages but noted that they need not decide whether the district court erred in its assessment of the sufficiency of the evidence on apportionment since a new damages trial had been ordered.

Meso cross-appealed the district court’s finding of noninfringement on the three additional patents, which the CAFC vacated. Meso argued the compulsory-counterclaim rule bars claims in future actions but does not authorize rendering judgment in the same action, and Roche’s complaint was so generic that it did not trigger the compulsory-counterclaim rule as to these patents. The CAFC found this argument persuasive and vacated the judgment, noting this view is consistent with the Federal Rules of Civil Procedure.

Judge Newman dissented, arguing that Roche cannot infringe patents that it already owned. Judge Newman found no substantial evidence that the 1995 agreement afforded Meso exclusive rights to any of the patents at issue. Newman argued that the majority disregarded the evidence that Meso accepted Roche’s rights because Roche mentioned that evidence in a footnote; she pointed to the record showing Roche’s argument was fully developed and a finding that they had forfeited the argument was improper. Newman concluded:

Substantial evidence does not support the jury verdict. The plain reading of the several agreements and the testimony of witnesses for both sides was overwhelmingly in conformity with the contracts for the various transactions, including the 2007 sale of the IGEN/BioVeris patents to Roche.