In Copyright Win for Ed Sheeran, UK High Court Says Differences Between ‘Shape of You’ and ‘Oh Why’ Outweigh Similarities

“The fact that there are some discrepancies in the details of his descriptions of writing Shape is not surprising, and not a reason to disbelieve the evidence given at trial, corroborated by others as it has been.” – Mr. Justice Antony Zacaroli 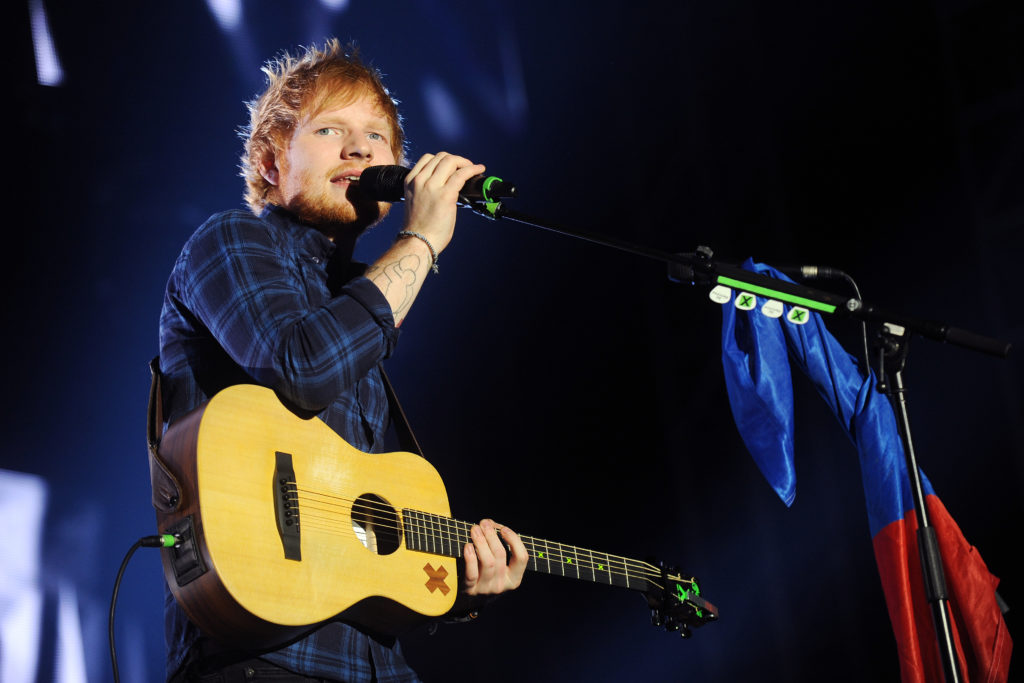 On April 6, the UK High Court issued a judgment of non-infringement in favor of artist Ed Sheeran over his 2017 song, “Shape of You.” The court held that Sheeran did not copy a part of Defendant Sami Chokri’s 2015 song called “Oh Why.”

The ruling came nearly four years after co-writers Chokri and Ross O’Donoghue (collectively, Defendants) first accused Sheeran and his co-writers, Snow Patrol’s John McDaid and producer Steven McCutcheon (collectively, Plaintiffs) of deliberately and consciously copying from a part of “Oh Why.” Alternatively, the Defendants contended that he did so subconsciously.

The Plaintiffs denied the allegations and launched legal proceedings in May 2018, asking the UK’s High Court to declare they had not infringed copyright in “Oh Why.” The Defendants counterclaimed.

After an 11-day trial, Mr. Justice Antony Zacaroli ruled there was no evidence that Sheeran had intentionally or subconsciously copied from “Oh Why” when he wrote “Shape of You.” Zacaroli J. acknowledged that while there are similarities between the two songs, there are also significant differences. The similarities were “only a starting point when considering whether one is copied from the other.”

The court addressed the arguments relied on by the Defendants in support of the allegation that Sheeran infringed their copyright.

Sufficient Similarity Between the Works

In considering the significance of similarities between the works as an indication of the likelihood of copying, the court discussed the various factors.

The Similarities and Differences Between the Two Works

First, the court found that while there were “obvious similarities” between the two works, there were also “important differences.”

Examples of similarities included: (1) the tune in each song comprises the first four tones of a rising minor pentatonic scale: A, C, D, and E; (2) both phrases are vocalized similarly; and (3) both works are harmonized with the melody being doubled an octave above and/or below.

However, the court highlighted certain differences, including: (1) the OW Hook begins with a quaver rest while the OI Phrase is sung to two quavers beginning with the first bear of the bar; (2) the mood of the phrases is markedly different, with the OW hook reflecting the song’s “slow, brooding and questioning mood”, while the OI Phrase is “faster, brighter, and more upbeat;” and (3) the subtle differences in tunes and harmonies of the two works.

The Likely Source of the Relevant Elements in ‘Shape of You’

The court also noted that the broad shape of the melody of the OI Phrase and the rising pentatonic scale appear in other parts of the song, which Zacaroli J. viewed as “an important pointer to the phrase not being copied from elsewhere.”

Additionally, “[t]he use of the first four notes of the rising minor pentatonic scale for the melody is so short, simple, commonplace and obvious in the context of the rest of the song that it is not credible that Mr Sheeran sought out inspiration from other songs to come up with it,” the judge wrote. The court also cited other elements of the OI Phrase that were commonplace in music and indicated Sheeran did not copy the OW Hook.

Th Evolution of the OI Phrase

The defendants suggested that Sheeran’s words in a voice note recorded on the day they wrote the song (“it might be a bit close to the bone”) indicated that Sheeran had first sung “Oh I, Oh I, Oh I, Oh I” because he had in mind the OW Hook, but realized that risked infringing copyright in “Oh Why”, so changed it to “heya, etc”. The court disagreed because it would make no sense for Sheeran to have started with an idea that he recognized would risk infringing copyright, only to return to it 40 minutes later.

The Defendants pleaded that the Plaintiffs, particularly Sheeran, had “access to Oh Why and ‘as a result’ reproduced a substantial part of the OW Hook in writing Shape.” However, the Plaintiffs stated to the best of their knowledge they had never heard “Oh Why” and had never heard of Chokri before.

There was also no evidence that a track of “Oh Why” or the video of it was ever shown by anyone to Sheeran.  The court found that the defendants’ attempt to publicize “Oh Why” was not met with any material success and social media tweets garnered “only a handful of retweets and ‘likes’” and did not get significant number of views on YouTube. Although the Defendants tried to promote “Oh Why” to other people in the industry, it was unlikely that it would have led back to Sheeran.

Additionally, the court found that it was unlikely that Sheeran would have come across “Oh Why” himself because (1) Chokri was not a prominent artist in the wider “UK scene”; (2) Sheeran was “unplugged” from social media for a significant portion of that time, (3) Sheeran was not actively searching for new talent for his label company; and (4) Sheeran likely did not look to songs of other people in order to find inspiration for lyrics for songs of his own.

The totality of the evidence relating to access by Sheeran to “Oh Why” indicated that Sheeran had not heard “Oh Why” and “he did not deliberately copy the OI Phrase from the OW Hook.”

The Defendants highlighted instances which they said demonstrated Sheeran copying without obtaining permission. The court reviewed each of these instances and rejected the argument for each, noting that the court had already accepted Sheeran’s explanations.

The Defendants found the Plaintiffs’ evidence to be “particularly problematic,” but the court stated that “it cannot reasonably be expected – where songs are co-written in a ‘live’ session with three writers chipping in ideas – that they will recall who came up first with which particular element.” “The fact that there are some discrepancies in the details of his descriptions of writing Shape is not surprising, and not a reason to disbelieve the evidence given at trial, corroborated by others as it has been,” Zacaroli J. concluded.

Sheeran has been vocal since the ruling was issued about the mental toll the case has taken on him and his co-writers, saying in a video statement: “I feel like claims like this are way too common now and have become a culture where a claim is made with the idea that a settlement will be cheaper than taking it to court, even if there’s no base for the claim. It’s really damaging to the songwriting industry.”