“Huawei of China was the largest European patent applicant in 2021, with 3,544 applications, followed by Samsung and LG.” 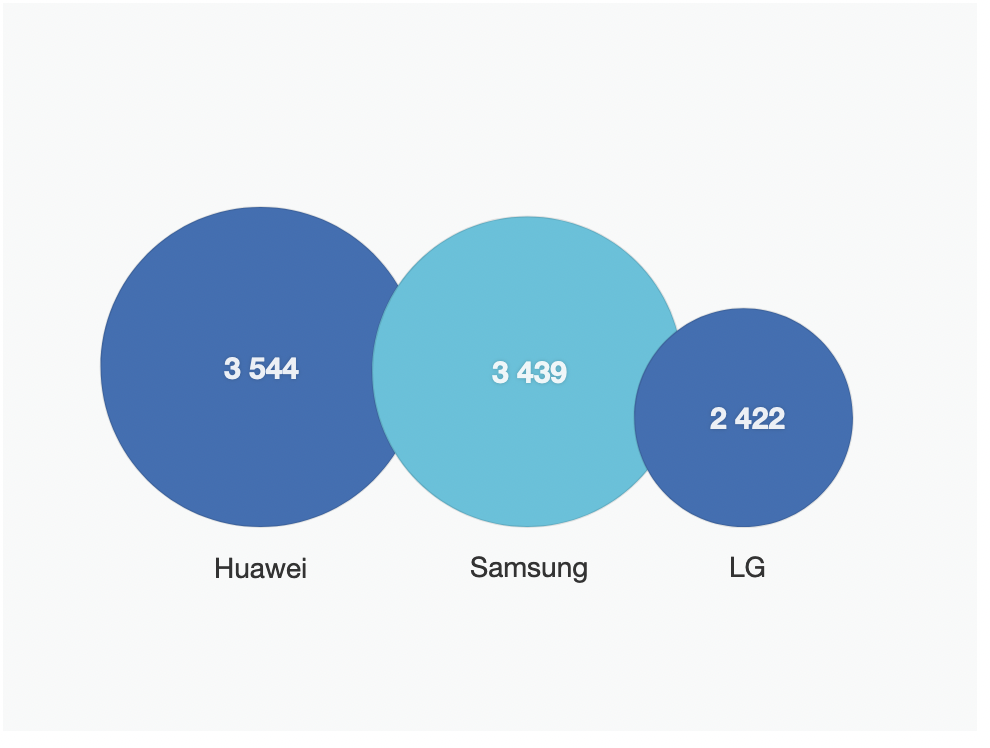 There were 188,600 European patent applications filed last year, an annual increase of 4.5%, according to figures published by the European Patent Office (EPO) on April 5.

Despite the impact of the pandemic, applications increased to a record level following a slight decline in 2020.

The United States was once again the top country for applicants, accounting for a total of 46,533 applications in 2021 (an increase of 5.2%) or 25% of all filings. It was followed by Germany and Japan, with China ranking fourth.

Ranked by the number of applications compared to population, Switzerland was the top country, followed by Sweden, Denmark, the Netherlands and Finland.

Applications in most technology fields increased in 2021. The biggest increases were in micro-structural and nanotechnology (up 27% from 115 to 146), audio-visual technology (up 24%) and semiconductors (up 21%).

Areas where applications declined included basic communication processes (down 7.3%), analysis of biological materials (down 6%), basic materials chemistry (down 4.9%) and textile and paper machines (down 4.6%).

Huawei of China was the largest applicant in 2021, with 3,544 applications, followed by Samsung and LG. The highest-placed U.S. company was Raytheon Technologies in sixth place (1,623 applications) followed by Qualcomm in seventh (1,534).

The data was published by the EPO in the Patent Index 2021. European patent applications include direct European applications and international (PCT) applications that entered the European phase during the year.

The Patent Index includes graphs, charts, videos, case studies and a podcast as well as articles on vaccine technologies and smart urban mobility. Statistics for the past 10 years and country profiles can also be downloaded and are available on the Data Hub mobile app.