“I would note that the Federal Circuit and innovators have not hesitated to ask for clarification when they need it.” – Judge Ketanji Brown Jackson 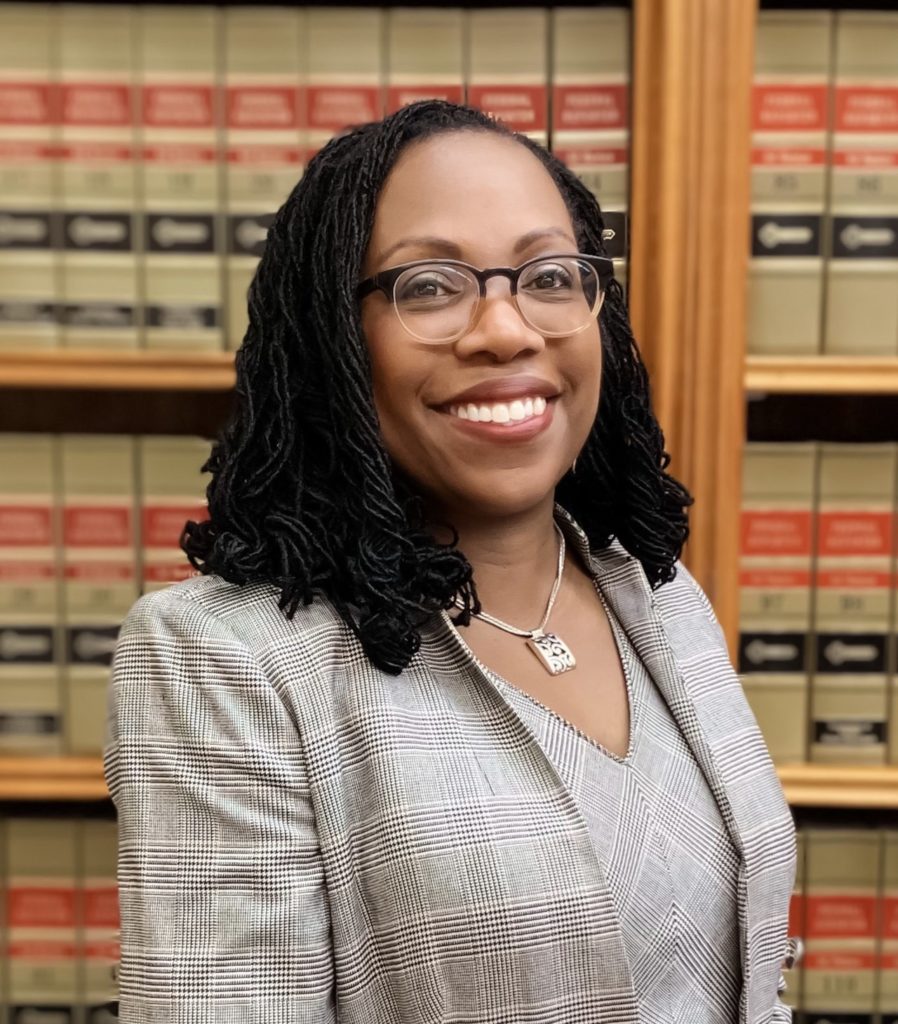 As part of the ongoing confirmation process for Judge Ketanji Brown Jackson to the U.S. Supreme Court, Senator Thom Tillis (R-NC) submitted a number of questions for the record, including 35 IP-related questions on topics ranging from patent eligibility to anti-suit injunctions and 15 antitrust questions, to which Judge Jackson recently responded. While Tillis voted against Judge Jackson’s appointment to the U.S. Court of Appeals for the D.C. Circuit Court due to concerns about her judicial philosophy, he recently indicated that she has the appropriate temperament for the Supreme Court. The Senate Judiciary Committee vote to confirm Jackson’s nomination was tied today, and will now likely move to the full Senate.

In explaining the methodology she has utilized during her decade on the bench to help her ensure that she is ruling on issues impartially, Judge Jackson told the senators that she first sets aside any personal views and removes any preconceived notions regarding the outcome of the case at issue from her mind. Next, her process requires her to “consider the parties’ arguments and the record, to understand all of the facts, claims, and arguments.” Lastly, she interprets and applies the law to the facts in the case, staying “particularly mindful of the constraints on judicial authority.”

Tillis asked Judge Jackson how she would ensure certainty and predictability in light of current patent eligibility jurisprudence. Jackson responded that, while it would not be appropriate for her to comment on the current state of the Supreme Court’s precedents, “I would note that the Federal Circuit and innovators have not hesitated to ask for clarification when they need it.” Tillis then asked about exceptions to patentability. Judge Jackson’s response mistakenly referred to the four categories of “copyrightable” material outlined by the Patent Act, and then listed the three exceptions under the Mayo-Alice framework to patentable subject matter. However, Judge Jackson noted that “under the Mayo-Alice framework, even an invention implicating these exceptions may in certain circumstances be subject to patent protection where it constitutes a ‘patent-eligible application of’ an otherwise unpatentable concept.”

Later in his questioning, Tillis also asked Jackson to weigh in on a series of hypothetical patent eligibility cases, which the judge mostly avoided commenting on, except to explain that “[t]he key question…for this and each of the following hypotheticals appears to be whether ‘the elements of each claim both individually and ‘as an ordered combination’ are sufficient ‘additional elements’ to ‘transform the nature of the claim’ into a patent-eligible application.’”

In one question, Tillis asked Judge Jackson if, under present patent law, inventorship and ownership rights may vest in a non-human artificial intelligence (AI). Judge Jackson noted that “there are important and novel interpretive questions regarding whether non-human artificial may qualify as an ‘inventor’ within the meaning of the patent act.” However, citing Thaler, she also recognized that the U.S. Patent and Trademark Office (USPTO) has taken the position that non-human AI is not eligible for protection as an inventor. Thaler v. Hirshfeld, No. 20-cv-903, 2021 WL 3934803 (E.D. Va. Sept. 2, 2021). Considering the controversy surrounding AI-related inventions, Judge Jackson was asked if she believe new forms of IP rights are needed. She reasoned that these issues “implicate cutting edge questions of patent, copyright, and trade secret law” which are the topic of ongoing debate, and that it would therefore be improper for her to take a position on a matter which may come before the Supreme Court.

Tillis also asked Judge Jackson if current copyright law allows for authorship and ownership to be granted to non-human AI in her opinion. She referenced a letter from the Copyright Office Review Board to Ryan Abbott, noting that the U.S. Copyright Office recently took the position that non-human AI is not eligible for authorship. However, Judge Jackson again recognized that this position is the subject of ongoing debate.

When asked about her experience adjudicating copyright disputes, Judge Jackson pointed to two prior cases. In Alliance of Artists & Recording, Judge Jackson explained that she had to consider “various motions in a suit claiming that certain audio recording devices installed in consumer automotive constituted prohibited ‘digital audio recording devices within the meaning of the Audio Home Recording Act of 1992.’” Alliance of Artists & Recording Cos. v. General Motors Co. (Alliance of Artists III), 306 F. Supp. 3d 422 (D.D.C. 2018). After careful consideration, she “ultimately held that the disputed devices did not fall within the statute’s scope and were instead material objects that contained data and information not incidental to music recorded on them—the critical question under the statute. On appeal, Judge Jackson informed, this decision was affirmed by the D.C. circuit court in Alliance of Artist and Recording Cos. v. DENSO Int’l Am., Inc., 947 F.3d 849 (D.C. Cir. 2020).

Additionally, Judge Jackson pointed to Buchanan, where she was asked to consider claims of infringement against record companies and a movie studio. Buchanan v. Sony Music Entertainment Inc., 836 F. App’x 16 (D.C. Cir. 2021). This case, Judge Jackson noted, involved section 301 preemption. Judge Jackson explained that section 301(a) of the Copyright Act provides that “legal or equitable rights that are equivalent to any of the exclusive rights within the general scope of copyright as specified” in the Copyright Act “are governed exclusively” by the Act. 17 U.S.C. §301(a). Following the enactment of the express preemption contemplated in section 301(a), some state common law or statutory rights that formerly ran parallel to federal laws were preempted. Judge Jackson reasoned that “whether any particular state law claim is preempted by federal copyright law turns on how close the claims is to the protections afforded by federal copyright law.” Noting the fact that the precise role of the doctrine has not been addressed by the Supreme Court and is subject to debate underscores the impropriety of her further discussion of the issue, Judge Jackson declined to provide further comment.

Tillis also asked the judge to explain the four fair use factors and specifically noted that “some say there is a hidden fifth ‘fair use’ factor—whether the judge likes you or your case.” Tillis inquired whether Judge Jackson believed certain fair use factors “count” more than others. Citing Supreme Court precedent in Harper & Row Publishers, Judge Jackson reasoned that “[t]he Supreme Court has indicated that the final factor, the effect of the use upon the potential market for or value of the copyrighted work, ‘is undoubtedly the single most important element of fair use.’” Harper & Row, Publishers, Inc. v. Nation Enterprises, 471 U.S. 539, 566 (1985).

Tillis asked Judge Jackson whether she believes courts should “view property rights—including common law unfair competition, trademark, patents, or copyrights—as restricting or enhancing competition?” Once again citing the fact that it would be inappropriate for a sitting judge and judicial nominee to offer an answer to such a hypothetical, Judge Jackson declined to speculate what courts should do. Next, she was asked to discuss her prior experience deciding antitrust cases. While Judge Jackson noted she has not decided any antitrust cases, a limited number of disputes involving antitrust have been assigned to her. For example, she pointed to a case in involving the potential merger of DraftKings and FanDuel. Federal Trade Commission v. DraftKings, Inc., No. 1:17-cv-01195, Stipulation of Dismissal, ECF No. 50 (D.D.C. July 13, 2017). In this case, Judge Jackson explained, the Federal Trade Commission brought suit in opposition to the merger of the two companies. Had the merger gone through, the resulting entity would have controlled over 90% of the U.S. market for paid daily fantasy sports contests. Jackson noted that, following a hearing she held, the two companies abandoned the contemplated merger.

Other senators who asked Judge Jackson to respond to IP-related questions for the record included Senators John Cornyn (R-TX) and Tom Cotton (R-AR).