“Applying for a trademark registration utilizing popular buzzwords is especially difficult. Even if the application is approved through sheer chance, the CNIPA may later invalidate it ex officio on its own initiative.” 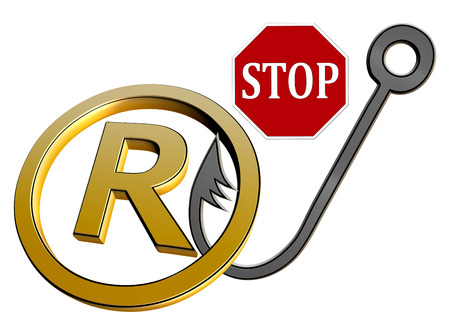 On February 14, 2022, the China National Intellectual Property Administration (CNIPA) issued a notice regarding “clout-chasing” trademark applications or registrations (the “Notice”). The Notice stated that CNIPA, on an ex officio basis, had refused or invalidated over 400 applications related to

(Eileen Gu, a skier who won three medals in the Beijing 2022 Winter Olympics).

Article 4 of the Chinese Trademark Law was amended in 2019, with an addition stating, “Applications for trademark registrations made in bad faith, which are not intended for use, shall be refused.” Based on this piece of legislation, the CNIPA has been continually fighting against “bad-faith applications” and “trademark warehousing”. In 2021, CNIPA issued a notice titled “Special Action Plan to Combat Trademark Registration in Bad Faith”, implementing strong acts against maliciously trademark squatting of the names of national or regional strategies, public emergencies, major events, public resources, and the names of highly popular public figures. In January 2022, CNIPA issued an additional notice titled “Regulations on the Administration of Intellectual Property Credit of the CNIPA”, listing trademark registration in bad faith as one of the several untrustworthy acts highlighted in its contents. The notice also announced measures such as stricter vetting criteria for fiscal subsidies, disqualification from certain CNIPA-led awards, increased scrutiny, increased inspection frequency, and stricter supervision.

The CNIPA is evidently ramping up its efforts to eliminate bad-faith trademark registrations in China. Currently, administrative warnings and penalties for these bad-faith applications may be issued to either the applicant or the affiliated trademark agency, or to both parties. The purpose of these endeavors is to maintain an honest and fair business environment, encouraging innovation and trade. According to statistics released by the CNIPA, in 2021 alone, it cracked down on 482,000 trademark registration applications that were not intended for actual use.

Article 10(1)(h) of the Trademark Law: Any trademark that is harmful to socialist morality or has other unwholesome influences shall not be used as a trademark.

“Socialist morality” refers to the societal norms and standards regulating the everyday behavior and activities of the Chinese public. The term “unwholesome influences” refers to conditions considered detrimental to socialist morals and ethics, generally used to describe words, graphics or other elements with derogatory meanings. The trademark itself may not always bear a derogatory meaning, but its registration by the applicant could have negative effects on the political, economic, cultural, religious, ethnic or social order of China.

(Thunder God Mountain) were temporary field hospitals, established specifically for the treatment of patients infected with the COVID-19 during the early months of the pandemic. During the course of the pandemic, they symbolized the hopes and anxieties of countless Chinese citizens. Any attempts by businesses or individuals to monopolize the use of these names would likely be harmful to public sentiment.

(Eileen Gu) are both gold medalists of the Tokyo 2020 Olympics and Beijing 2022 Winter Olympics respectively. It would be unacceptable for any company or individual to own a trademark on their names; this would constitute an infringement of their name rights. It is evident that the trademarking of such names would have “unwholesome influences”, negatively affecting the public’s feelings and likely hurting the applicants themselves as well.

In summary, applying for a trademark registration utilizing popular buzzwords is especially difficult. Even if the application is approved through sheer chance, the CNIPA may later invalidate it ex officio on its own initiative, as well as at the initiative of prior right owners, interested parties or third parties.

A trademark application should ultimately be based on a genuine desire to use the trademark, with the principle of good faith as a premise. A trademark, functioning as a sign to identify and distinguish the source of goods and services, effectively forms the facade of an enterprise. In the long term, a trademark acts as a partner accompanying the gradual development of an enterprise. Thus, it is always better to own a trademark based upon a substantive and far-reaching message, rather than a momentary fad.

During her career practicing law in Jiaquan, Kavin has dedicated herself to trademark practice for both domestic and overseas clients; she is well versed in all areas of trademark proceedings [...see more]