Clause 8: Phil Warrick on Working with Senator Coons to Fix the Section 101 Mess 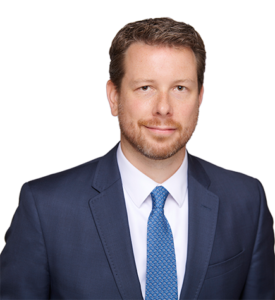 But when an opportunity to work with Coons emerged, he decided to take the leap. For two years, he served as the U.S. Patent and Trademark Office’s (USPTO’s) IP counsel detailee to Coons after Coons helped to restart the Senate’s IP Subcommittee, working on bipartisan initiatives like the IDEA Act and legislation to fix the Section 101 patent eligibility mess. Those efforts were a dramatic departure from Congress’s previous fixation on the “patent troll” narrative.

“And for me, as a detailee, it was just a great opportunity to learn more about all these issues that were at play with intellectual property, and having really interesting conversations with folks on and off the hill, who said, I understand why this is your perspective, why you might have this view as a patent litigator, but let me give you this view from a completely different perspective,” Warrick says. “And it really opened my eyes.”

After Coons friend and fellow Delawarean, Joe Biden, was elected as president, the innovation community was hopeful that Coons would use his top role on the Subcommittee to prioritize patent issues within the Biden administration and Congress.

However, Democratic Senator Patrick Leahy (D-VT) had other ideas, and took over as the top Democrat on the Subcommittee.  Since that time, the Subcommittee has moved in a very different, arguably anti-patent direction, and Leahy’s views have won out in seemingly every major administration decision related to patents.

But in yet another twist, Leahy has announced that he is retiring and won’t seek re-election in 2022.  So, Coons is likely to return to his role as the top Democrat on the IP Subcommittee. Warrick’s insights from working for Coons are critical for anyone who wants to impact patent policy in the future.

[01:53] Getting to know patents: Warrick tells the story of how patent attorney Roger Emerson introduced him to the patent field in Akron, Ohio.

[11:38] Creating a network: Warrick shares the most important lessons he learned on the Hill.

[14:59] Working across the aisle: Warrick discusses the bills and initiatives he worked to push forward with on a bipartisan basis, including with former podcast guest Brad Watts.

[18:35] Section 101 legislation: why the effort to fix the state of patent eligibility ultimately failed.

[32:09] Saving America’s patent system: why Sen. Coons’ is fighting to get the Stronger Patents Act passed.

[40:41] Finding common ground: how Sen. Coons and Sen. Thom Tillis (R-NC) were able to successfully work together on IP issues.

[42:58] The future of IP in the Senate: impact of Sen. Patrick Leahy, current chair of the IP subcommittee, retiring.

[43:58] A patent-unfriendly administration?: the Biden administration has taken a very different path on IP issues from what Sen. Coons would have chosen.

[46:56] A complex dynamic: how the complicated relationships and dynamics between Senators and issues that have nothing to do with IP impact patent policy. “And there certainly are situations where people are looking to get things done, they want to cut deals … [and] where you’re not debating one bill in isolation.”