“Tech transfer for modern, complex technology is really hard to do, even when it’s voluntary and done according to a commercial agreement. The failed conceit of the ‘TRIPS waiver’ project is the assumption that it’s even possible for governments to force that sort of surrender of private property.”

“All warfare is based on deception. There is no place where espionage is not used.” 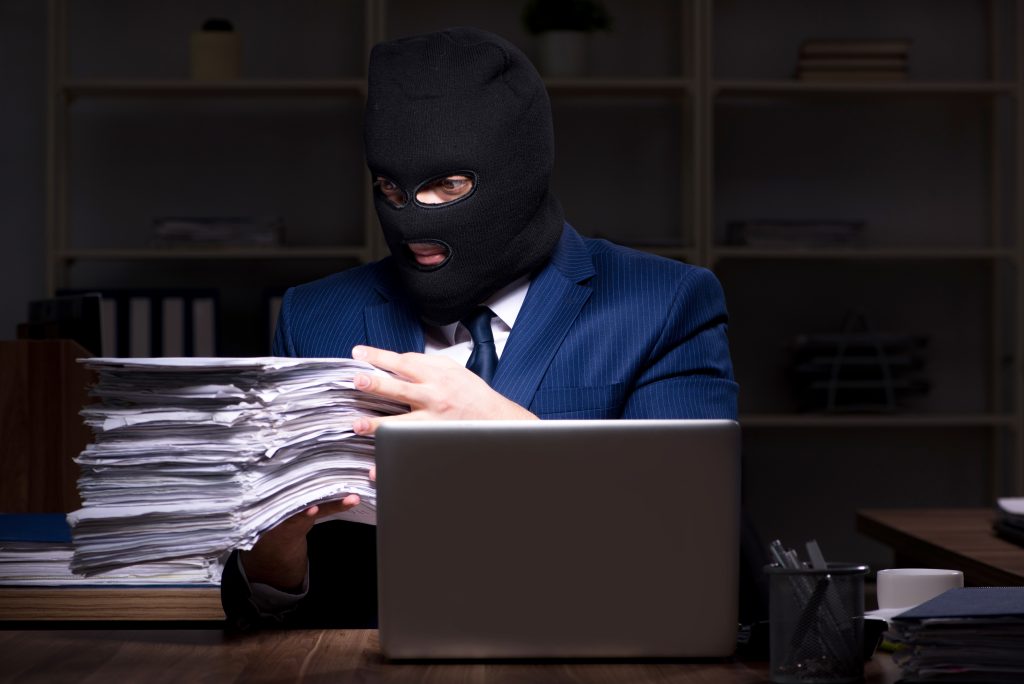 What does the invasion of Ukraine have to do with COVID-19? Would you believe intellectual property is the link? Stay with me on this; it’s an interesting story.

Recently, it was confirmed that the Main Intelligence Department of the Ministry of Defense of Ukraine – apparently with some help from volunteer hackers – managed to breach the network of Russia’s most guarded nuclear power facility and make off with extremely valuable trade secrets. The Beloyarsk Nuclear Power Plant contains the world’s only two operational “fast breeder” reactors. More than 20 countries, including the U.S., Japan and France, have been working for decades on this technology, which is supposed to be able to extract close to 100% of the energy from uranium, compared to about 1% for light water reactors.

In other words, this is a process that can produce large amounts of energy while completely consuming the fuel and creating virtually no nuclear waste. Whoever is able to commercialize it will make a fortune. So far, no one has come close to the Russians.

As you might expect, the Beloyarsk facility is closely guarded. But because it has to communicate with various suppliers, its network has electronic doors that can be unlocked. Ironically, at about the same time that the Russian army was in Ukraine overtaking the Chernobyl nuclear plant, Ukrainian hackers were worming their way into Beloyarsk’s business network, which in turn gave them access to control systems, parts lists, floor plans and other critical data. To the delight of power companies around the world, Ukraine has supplied this trove to a journalist who is publishing the documents on his website.

You can almost hear the public cheering for underdog Ukraine. Some commentators have suggested this hack represents the first “weaponization” of intellectual property to damage a nation. I’m not sure I’d go that far. In any event, the broader issue of “technology transfer” across borders has a long and interesting history, a brief review of which will bring us to the current pandemic.

State-sponsored commercial espionage started at least as early as the sixth century, when a pair of monks returning to Constantinople from a mission to China brought inside their bamboo staffs a colony of silkworms and in their heads the knowledge of how to breed them and weave their output. This broke China’s de facto monopoly on what had become the world’s most valuable commodity, more precious by weight than gold. Constantinople (now Istanbul) also nurtured a community of glass blowers, and when the city was sacked in the early thirteenth century, Venice welcomed them, and soon thereafter made it a crime for them to leave.

Besides beautiful glass, Venice created the first patent system, and it was emulated throughout Europe. But these patents were granted on the basis of “local novelty,” meaning that the applicant did not have to be the actual inventor, but just the first person to bring the innovation to the country. These so-called “patents of importation” were a sensible way for countries to move up the IP value chain quickly, because there were no journals or other mechanisms for rapid dissemination of new ideas, and national economies were largely independent of one another. So, what seems to us today like theft was viewed with more equanimity as a victimless act.

It wouldn’t be until 1883 that the first international treaty on intellectual property, the Paris Convention, established cross-border recognition of patent rights. In the meantime, what with the Enlightenment and empire building and all, Europe was rapidly becoming more economically interdependent and competitive. While patents of importation remained a more or less above-board way to force tech transfer between countries, there developed alongside them a system of outright economic espionage.

Government spying for commercial secrets reached its zenith in the eighteenth century, when Britain had become the acknowledged world leader in precision manufacturing. Many European rivals, particularly France, saw espionage as the way to catch up. They did this in part through “tourists” and academics gathering technical information, but they were primarily interested in the “know-how” of skilled workers, and so most of their efforts consisted of recruiting foreign artisans. As French civil engineer Trudaine de Montigny put it in 1752, “the arts [that is, technologies] never pass by writing from one country to another; eye and practice can alone train men in these activities.”

In this way, the French (and other countries) were able to disrupt Britain’s exclusive control over innovation in steel production, metalwork in general, including copper sheathing of ships, and especially textile manufacturing.

The U.S. Makes a Different Choice

It is in this latter area that the U.S. is unfairly (in my view) characterized as having built its industrial revolution through theft of IP from Britain, after Samuel Slater violated its law against emigration of skilled textile workers by leaving for New England in 1789. You can read my take on his story here. Regardless of how you interpret that murky record, there is no denying the facts about how this country organized its own patent system.

In 1790, just months after Slater arrived, Congress passed the first Patent Act, based on the authority provided by the “IP clause” of the Constitution. Alexander Hamilton strongly favored patents of importation, the traditional way to generate rapid economic growth, especially in a country that was short on labor and needed to maximize efficiency through innovation. Thomas Jefferson – who originally described any form of exclusive patent grant as an “embarrassment” to a free society – favored instead a system that would recognize the true inventor based on global, not local, novelty. Jefferson’s view prevailed. In this way, the U.S. looked to the market, rather than government muscle or spying, as the way to achieve technological progress.

The situation today might be seen as both simpler and more complicated. We have made things simpler with some powerful international agreements that have reinforced global respect for IP rights based on national law. Besides the Paris Convention, we have the Patent Cooperation Treaty of 1970, which now guarantees recognition of patent filing priority in 155 countries. And since 1995, with the establishment of the World Trade Organization, we have enjoyed the benefit of the Agreement on Trade-Related Aspects of Intellectual Property Rights (TRIPS), which sets minimum standards for recognition of all IP rights, including trade secrets.

In parallel with these developing international norms for the protection of IP, we have seen disturbing evidence of state-sponsored trade secret theft. Practiced mainly by countries with highly controlled economies, these efforts bring to bear the power and resources of a foreign government to target commercial enterprises around the world. The U.S. government has long issued warnings about state-sponsored industrial espionage by China, and recently, alarming messages have gone out about cyberattacks coming from Russia. Although those attacks are assumed to be directed mainly at disrupting critical infrastructure like banking and energy, once the enemy is “inside the system” they can easily gather commercial technology as well.

This now brings us to COVID-19 and efforts to ensure vaccine availability to the entire world. Here, the primary state actors are India and South Africa. At one very important level, they have spoken for the community of developing and least developed countries, properly pointing out the shameful disparity in distribution of vaccines between rich and poor nations. But as I have pointed out before (see here and here), their proposal that TRIPS protections be waived for any vaccine technology would be ineffective for the current pandemic and disastrous for the next one. And behind the proposal is a not-so-hidden agenda directed at the future enhancement of their own generic pharmaceutical industries.

The proposed TRIPS waiver is not really about patents, because the agreement allows countries to force a compulsory license during emergencies. Instead, it’s about old-fashioned tech transfer, as when the French wanted British manufacturing secrets and tried to hire skilled workers to emigrate. It’s the “know-how” that matters.

It may seem counterintuitive, but modern transfer of valuable technology from one country to another is enabled by strong trade secret laws that enforce voluntary agreements. Indeed, this fundamental truth is well illustrated by COVID vaccines, which couldn’t be produced alone by the companies that invented them. They had to find qualified commercial partners in other countries to collaborate, sending their scientists and engineers abroad for weeks or months to bring up to speed their colleagues about the “know how.”

In short, tech transfer for modern, complex technology is really hard to do, even when it’s voluntary and done according to a commercial agreement. The failed conceit of the “TRIPS waiver” project is the assumption that it’s even possible for governments to force that sort of surrender of private property.

Indeed, I think we can agree that any form of state-sponsored commercial espionage is wrong. Well okay, maybe when your country is under siege you may be excused for using whatever tools you have at hand to cause disruption to the aggressor. Also, the forced dissemination of efficient nuclear energy technology may be one of the few benefits to come out of this terrible tragedy in Ukraine.