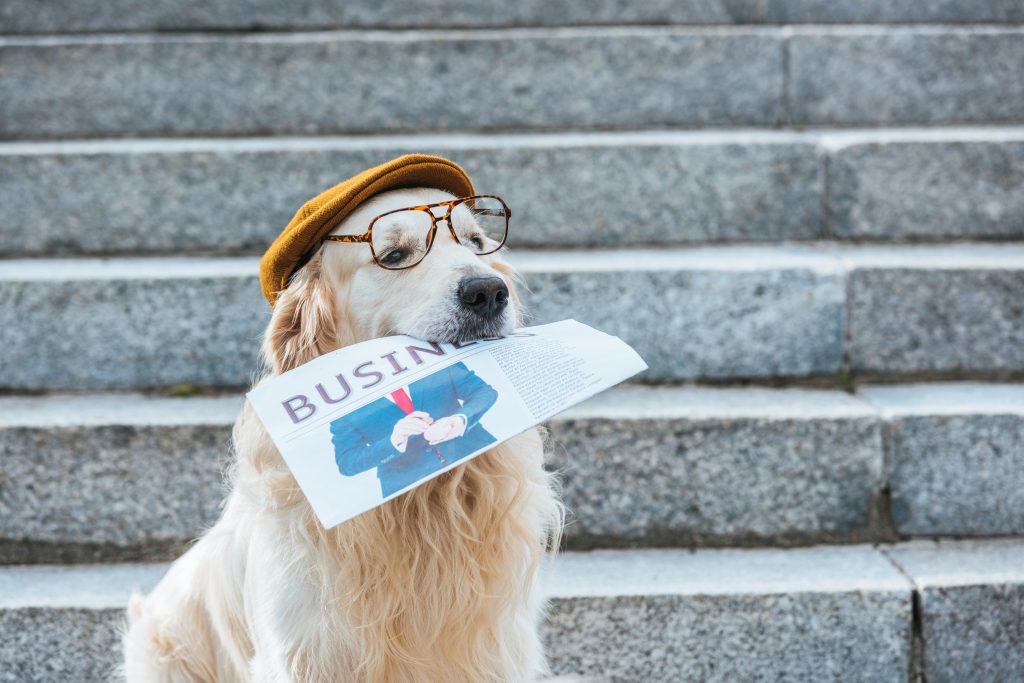 This week in Other Barks & Bites: Senator Thom Tillis submits a slew of IP and antitrust questions for Supreme Court nominee, Judge Ketanji Brown Jackson, to answer; CEOs from major chipmaking firms appeal to the Senate Judiciary Committee to advance legislation to provide tax incentives for domestic semiconductor production; the Federal Circuit affirms the PTAB’s Precedential Opinion Panel decision to rein in the Board’s ability to raise patentability issues sua sponte; the CJEU rules that the storage of copyrighted content on cloud servers for private use falls within the private copying exception; the USPTO creates a PTAB Pro Bono Program for ex parte appeals and also extends the COVID-19 Prioritized Examination Program through the end of June; the CNIPA announces that trademark examiners completed nearly 10.6 million substantive examinations of trademark applications during 2021; the Second Circuit rules that a claim against Electrolux for filing a false IP claim with Amazon against Global Supplies’ products was tortious business interference instead of defamation; and the EU reaches a deal to move toward enactment of the Digital Markets Act to increase antitrust regulation against major tech firms.

Tillis Tests SCOTUS Nominee on IP and Antitrust – Senator Thom Tillis (R-NC) yesterday submitted 35 intellectual property and 15 antitrust-focused questions for the record to Supreme Court nominee, Judge Ketanji Brown Jackson, whose confirmation hearings took place this past week. During his opening and closing statements this week, Tillis said that Jackson has the right temperament for a Supreme Court Justice and commended her on the historic nomination, but noted that he voted against her appointment to the U.S. Court of Appeals for the D.C. Circuit Court due to questions and concerns about her judicial philosophy and mindset as a judge.

USPTO Establishes PTAB Pro Bono Program for Ex Parte Appeals – On Thursday, March 24, the USPTO announced that the agency was establishing a new PTAB Pro Bono Program that will connect volunteer legal professionals with qualifying inventors seeking to bring ex parte appeals of examiner rejections to the PTAB. The notice indicates that the program will later be expanded to America Invents Act (AIA) trials.

CAFC Affirms PTAB POP on Confining Sua Sponte Patentability Issues Raised by Board – On Thursday, March 24, the U.S. Court of Appeals for the Federal Circuit issued a precedential decision in Hunting Titan, Inc. v. DynaEnergetics Europe GmbH in which the appellate court affirmed a ruling by the Precedential Opinion Panel (POP) of the Patent Trial and Appeal Board (PTAB), which reversed a Board panel’s decision invalidating substitute amended claims offered by Hunting Titan after finding that the circumstances of the case did not merit the panel’s decision to sua sponte raise patentability issues not advanced by DynaEnergetics. Circuit Judge Sharon Prost authored a concurrence in which she argued that the POP’s decision to cabin the PTAB’s ability to raise patentability issues sua sponte conflicted with recent changes to the PTAB’s rules of practice regarding the burden of proof on motions to amend, especially the Board’s ability to raise such issues if a motion to amend is unopposed.

CJEU Finds Cloud Storage Subject to Private Copying Exception – On Thursday, March 24, the Court of Justice for the European Union (CJEU) issued a ruling finding that the storage of copyrighted content on cloud computing servers falls within the private copying exception of the EU’s Copyright Directive. However, the court ruled that EU member states can impose private copying levies that cloud computing services would pass on to their subscribers in order to remunerate rightsholders for the use of their content on such platforms.

CAFC Reverses Western Texas on Means-Plus-Function Analysis – On Thursday, March 24, the Federal Circuit issued a precedential decision in Dyfan, LLC v. Target Corp. in which the appellate court reversed a claim construction ruling from the Western District of Texas after finding that the disputed claim limitations, including “application,” “code” and “system,” connoted sufficient structure to a person of ordinary skill in the art based on unrebutted expert testimony such that the district court was wrong to subject those claims to a means-plus-function analysis for determining patentability under 35 U.S.C. § 112.

Chipmaker CEOs Urge Senate Judiciary to Move CHIPS Act Forward – On Wednesday, March 24, chief executive officers from chipmakers including Intel, Micron and Lam Research appeared before the U.S. Senate Committee on the Judiciary, appealing to lawmakers to take action on the Creating Helpful Incentives to Produce Semiconductors (CHIPS) Act, a bill that would create federal tax incentives to support domestic research & development as well as production of semiconductors.

SCOTUS Denies Cert Petitions Challenging NHK–Fintiv, Section 285 Exceptionality Standard – On Monday, March 21, the U.S. Supreme Court issued an order list indicating that the nation’s highest court had denied petitions for writs of certiorari in Intel Corporation v. VLSI Technology LLC, which challenged the PTAB’s development of the NHK–Fintiv framework for discretionary denials of petitions for inter partes review (IPR) proceedings as exceeding the agency’s authority under the America Invents Act (AIA) and the Administrative Procedures Act (APA). The nation’s highest court also turned down the petition for writ filed in Heat On-The-Fly, LLC v. Energy Heating, LLC, which asked whether the Federal Circuit was correct in affirming a determination that Heat On-The-Fly’s patent suit was exceptional for its inequitable conduct during patent prosecution without a finding that the plaintiff had engaged in any litigation misconduct.

Second Circuit Rules That False IP Claim Was Tortious Interference, Not Defamation – On Friday, March 18, the U.S. Court of Appeals for the Second Circuit issued a decision in Global Supplies NY, Inc. v. Electrolux Home Products, Inc. in which the appellate court reversed a district court ruling that Global Supplies’ tortious business interference claim against Electrolux for submitting a false intellectual property claim to Amazon was substantively a claim for defamation that was time-barred under New York’s one-year statute of limitations for such claims. Along with ruling that Global Supplies’ claim was not time-barred under the three-year statute for tort claims, the Second Circuit remanded with instructions to transfer the case to a district court that can exercise personal jurisdiction over Electrolux.

Tenth Circuit Says Bimbo Bakeries’ Trade Dress, Trade Secret Claims Are Too Overbroad – On Friday, March 18, the U.S. Court of Appeals for the Tenth Circuit issued a decision in Bimbo Bakeries USA, Inc. v. Sycamore in which the appellate court affirmed the district court’s grant of summary judgment against Bimbo’s claims that its former employee Sycamore created a bread that infringed on its trade dress for Grandma Sycamore’s bread, and reversed the lower court’s denial of defendants’ renewed motion for judgment as a matter of law on Bimbo’s trade secret misappropriation claims. While the Tenth Circuit did “not doubt that Bimbo Bakeries has both a protectable trade secret and a protectable trade dress in every loaf of Grandma Sycamore’s,” the appellate court found that “the versions it tried to claim in this litigation are far too broad to be protectable.”

USPTO Extends COVID-19 Prioritized Examination Program Through June 2022 – On Friday, March 25, the U.S. Patent and Trademark Office issued a notice in the Federal Register announcing that the agency was extending the modified COVID-19 Prioritized Examination Pilot Program, which provides for prioritized examination of certain patent applications covering a product or process related to COVID-19 and subject to U.S. Food and Drug Administration approval, through June 30 of this year.

USPTO Solicits Public Comments on COVID-19 Vaccine Exemption Info Collections – On Thursday, March 24, the USPTO issued a notice in the Federal Register seeking public comments to evaluate the information collected by the agency in COVID-19 Vaccine Supplemental Medical Provider Statements, which are used by the agency to determine whether certain employees qualify for legal exemptions to the COVID-19 vaccine requirement for federal employees under Executive Order 14043, which is currently the subject of a nationwide injunction.

SDNY Magistrate Judge Recommends Dismissing Most of MTD in Adidas Three-Stripe Trademark Suit – On Wednesday, March 23, U.S. Magistrate Judge Robert W. Lehrburger issued a report and recommendation telling the Southern District of New York that it should deny most of a motion to dismiss filed by fashion designer Thom Browne in a trademark infringement case brought by German sportswear firm Adidas over Browne’s alleged use of an infringing three-stripe mark.

Dell, Intel, HP Beat Infringement Claims From Philips in Section 337 Investigation – On Wednesday, March 23, the U.S. International Trade Commission announced that it had voted to terminate a Section 337 investigation instituted based on a patent infringement complaint by Dutch tech conglomerate Philips, finding no infringement caused by the import and sale of certain digital video-capable devices by several respondents including Dell, Intel, HP, Hisense, Lenovo, TCL and Realtek.

WiLAN Announces Patent Settlement With Apple After $85M Jury Verdict Overturned – On Tuesday, March 22, Canadian intellectual property licensing firm WiLAN Inc. announced that it had agreed to terms with consumer tech giant Apple to settle outstanding infringement claims with a patent licensing agreement about a month after the Federal Circuit overturned a jury verdict awarding $85 million in damages to WiLAN.

EU Parliament, Member States Reach Agreement on Digital Markets Act – On Thursday, March 24, the European Parliament and member states of the European Union reached an agreement on a draft version of the Digital Markets Act, which would create new regulations for “gatekeeper” tech companies with a market capitalization of at least €75 billion ($83 billion USD) prohibiting them from preferencing certain software products and services and directing them to ensure interoperability between instant messaging services.

Uber to Integrate With Two Taxi-Hailing Apps in New York City – On Thursday, March 24, ride hailing giant Uber announced that it had reached an agreement with Curb and Creative Mobile Technologies, firms offering taxi-hailing apps serving the New York City area, to integrate all three platforms into a single ride-hailing feature that will be launched by Uber later this spring.

Quarterly Earnings – The following firms identified among the IPO’s Top 300 Patent Recipients for 2021 are announcing quarterly earnings next week (2020 rank in parentheses):