“Up until now, reports have indicated that Moderna has declined to reveal the technical details of the LNP delivery technology it is using in its commercial vaccines. Moderna would be required to disclose these details early on during discovery, which could significantly alter the direction and scope of this case.” 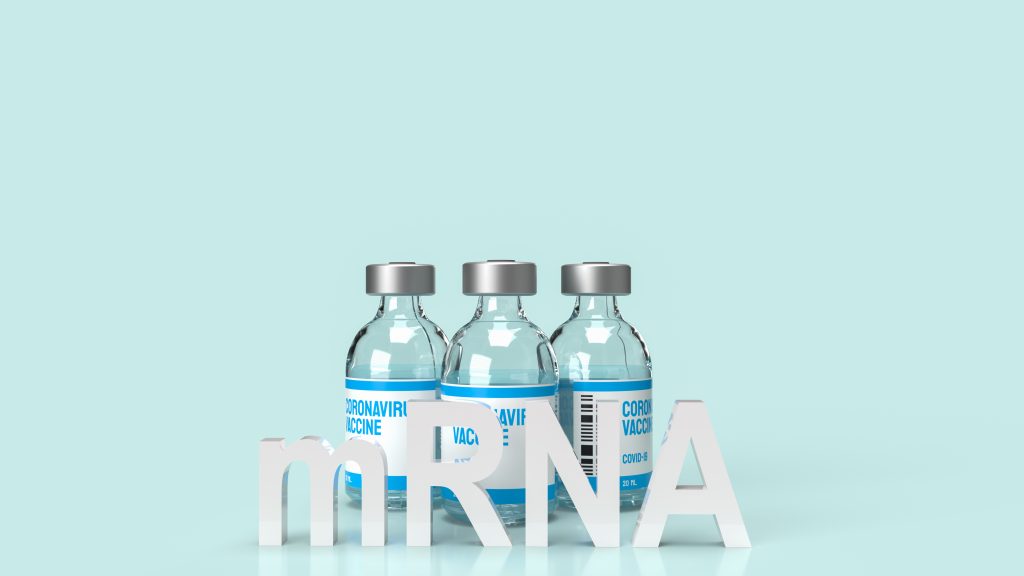 Background of Dispute Between the Parties

As we discussed in a prior post, LNP delivery systems are currently the linchpin for go-to-market commercialization of mRNA therapies because, without an effective delivery system, the bespoke mRNA sequences designed to cause cells to produce specialty proteins would be destroyed by the human immune system and otherwise would not be taken up into human cells to trigger such protein production.

The only LNP delivery systems for mRNA therapeutics approved by the U.S. Food and Drug Administration (FDA) to date are nanoparticles comprised of four lipids (i.e., a cationic lipid, phospholipid, cholesterol, and polyethyleneglycol (PEG)-lipid). These nanoparticles encapsulate and help deliver the mRNA sequence “payload” into cells post injection. Arbutus owns a number of patents directed to such nanoparticles that it alleges are infringed by the accused vaccines.

Moderna had once sublicensed certain of Arbutus’ LNP delivery technology. However, its rights were significantly limited following a 2018 settlement involving Arbutus and Moderna’s sub-licensor, and in any case Moderna does not have rights from Arbutus in the COVID-19 vaccine field.

Starting in 2018, Moderna sought to invalidate three Arbutus’ LNP delivery patents through inter partes review (IPR) proceedings before the USPTO’s Patent Trial and Appeal Board (PTAB). The Moderna IPRs had mixed results with one IPR win (U.S. Patent No. 9,404,127), one partial win (U.S. Patent No. 9,364,435) and one loss (U.S. Patent No. 8,058,069). Moderna appealed the PTAB’s ruling on the ‘069 patent but that ruling was upheld by the Federal Circuit, opening the door for a lawsuit involving the ‘069 and other patents.

The plaintiffs made several allegations in the complaint in support of their claims that Moderna’s LNP delivery system falls within the scope of the asserted patents. For example, plaintiffs alleged that Moderna infringed at least claim 1 of the ‘069 patent recited as follows:

(b) a cationic lipid comprising from 50 mol % to 65 mol % of the total lipid present in the particle;

(d) a conjugated lipid that inhibits aggregation of particles comprising from 0.5 mol % to 2 mol % of the total lipid present in the particle.

The plaintiffs have based their infringement allegations on publicly available documents, including the “Moderna/NIH preprint,” “International Patent Publication WO 2021/159130,” an article published in the New England Journal of Medicine, and other documents.

While reports have suggested that approval of Moderna’s vaccine may have relied on preclinical data generated using technology covered by at least the ‘069 patent, Moderna has previously denied that its commercial product uses such delivery technology. Instead, Moderna has consistently held the position that it has “moved beyond the delivery technology owned by Arbutus.”

In response to news of the complaint, Moderna reinforced this posture by reportedly stating that it “denies these allegations, and will vigorously defend itself against Genevant’s claims in Court. Our Covid-19 vaccine is a product of Moderna’s many years of pioneering mRNA platform research and development, including creation of our own proprietary lipid nanoparticle delivery technology.”

Up until now, reports have suggested that Moderna has declined to reveal the technical details of the LNP delivery technology it is using in its commercial vaccines. Moderna would be required to disclose these details early on during discovery, which could significantly alter the direction and scope of this case.

Interestingly, the plaintiffs are only seeking damages in this case and not an injunction:

“Plaintiffs are proud that their LNP technology has had such a profound impact on the heroic fight against the COVID-19 pandemic, and they do not seek to impede by an injunction or otherwise the production or distribution of Moderna’s COVID-19 vaccine, including boosters. All Plaintiffs seek is the compensation due to them under the patent laws of the United States and as a matter of simple fairness.”

But that is not surprising for at least two major reasons. First, plaintiffs’ chances of obtaining an injunction may be low since it appears (i) neither plaintiff produces competitive products in the same space, (ii) arguments can be made that any harm to plaintiffs could be remedied through money damages and such harm is therefore not be irreparable, and (iii) the public interest of keeping the vaccine on the market vastly outweighs any harm to plaintiffs. Also, while the threat and implementation of an injunction is a powerful tool to enforce patent rights, there is little doubt that if the plaintiffs sought an injunction to prevent the distribution of Moderna’s COVID-19 vaccine or related boosters the public backlash against plaintiffs would be severe.

Ultimately, if infringement is found in this case, patent damages would be assessed pursuant to a “reasonably royalty” reached as a result of a “hypothetical negotiation” between the parties. Since it is estimated that SpikevaxÒ sales will reach upwards of $40 billion by the end of 2022, any royalty rate ultimately applied would be significant. The damages exposure may also take into account milestone payments that may be part of the outcome of the hypothetical negotiation and enhanced damages if plaintiffs are successful in their willful infringement claims.

While a damages award could be high, there are also potential downsides for plaintiffs in filing this action in that one or more of their patents could be invalidated. For example, a broader range of prior art and bases for invalidity will be available in the district court proceeding that were not available during the Moderna IPRs including, for example, prior use, prior sales, inherent anticipation, and other potential bases for invalidity. Also, four of the asserted patents were not subject to Moderna’s previous IPRs and will be tested for the first time in a jury trial, assuming Moderna does not seek to invalidate those in new parallel IPRs (i.e., U.S. Patent Nos. 8,492,359, 8,822,668, 9,504,651, and 11,141,378).

Ironically, in October 2020, Moderna pledged not to enforce its own patents during the pandemic, a topic we posted about in Q4 of that year. Moderna recently updated its pledge on March 7, 2022 “to never enforce its patents for COVID-19 vaccines against manufacturers in or for the 92 low- and middle-income countries in the Gavi COVAX Advance Market Commitment (AMC)…” (Emphasis added).  It also stated that it expects “non-AMC 92 countries” to respect its patent rights and “remains willing to license its technology for COVID-19 vaccines to manufacturers in these countries on commercially reasonable terms.”

Accordingly, it appears that Moderna’s pledge has been expanded permanently for poorer nations but effectively repealed for wealthier nations, including the United States. The timing and scope of Moderna’s revision of its pledge raises the question of whether it intends to assert any of its patents against plaintiffs as counterclaims in this case. In filing such a lawsuit, Moderna would also need a good faith basis to assert its patents against plaintiffs and it is unclear whether there are facts to support such allegations, given that plaintiffs do not appear to currently sell commercial products. However, that is not to say such claims cannot be asserted if either of plaintiffs’ conduct falls within the scope of a Moderna patent claim and is not protected by the 35 U.S.C. 271(e)(1) safe harbor.

This case has been assigned to District of Delaware Judge Maryellen Noreika. Pursuant to a stipulation of the parties made on March 7, 2022, Moderna has until May 6, 2022, to move, answer or otherwise respond to the complaint. This is definitely a case to watch.