A Modest Proposal for a U.S. Patent Validity Court

“In hindsight, it was a mistake to have parallel validity pathways. Now, in light of Oil States and Arthrex, it has become apparent that validity trials should be conducted by the federal judiciary.” 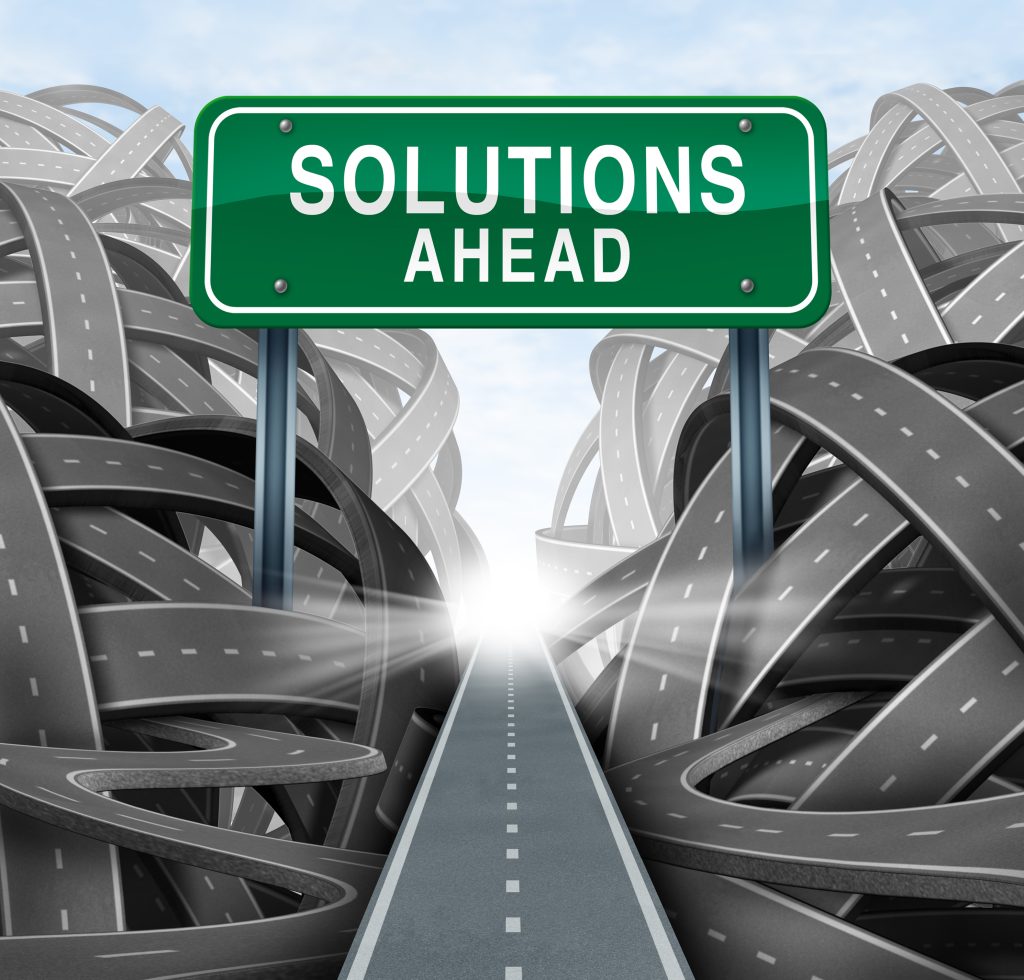 Administrative patent judges of the U.S. Patent and Trademark Office’s (USPTO’s) Patent Trial and Appeal Board (PTAB), who are inferior officers under the appointments clause, can overrule validity decisions of U.S. district court judges, who are Officers of the United States. District court judges with no training or experience in technology construe patent claims and decide validity. A political appointee can overrule PTAB judges’ validity decisions.

Courts and the PTAB decide validity of the same patent claims, in parallel or sequentially, under different rules and time schedules and with different results. Patent owners can amend their patent claims in a PTAB proceeding after infringement litigation is underway in court.

If an infringer loses in court and at the PTAB, it may still be able to return to the USPTO, anonymously even, to request reexamination on similar evidence, lasting an average of three years. If the PTAB is petitioned by a copycat challenger, the PTAB may institute a proceeding on the validity of the same claims with the same evidence that the PTAB found insufficient to institute a proceeding the first time.

And there’s more. Currently the PTAB is a more favorable forum than district courts for validity challengers, demonstrated by the strong preference of challengers for the PTAB, but that could change each time the political winds howl. Battles are waged constantly over which district court should handle a case. Validity issues also are litigated in parallel in a third tribunal – the U.S. International Trade Commission (ITC). Constitutional questions remain unanswered at the USPTO, the Federal Circuit, and the Supreme Court.

A Rolls-Royce Proposal for Simplicity, Certainty, and Independent Judges

This article proposes a new system of patent justice. Major issues during patent litigation would be decided at the trial level ONLY ONCE, and by the government entity best positioned to decide the issue.

Congress would establish a U.S. Patent Validity Court in the judicial branch of government to conduct validity trials. The court would have independent trial judges appointed under Article III of the Constitution. Their decisions would be final, subject to review by the U.S. Court of Appeals for the Federal Circuit.

Validity and infringement trials would be bifurcated—not a novel idea. Back-of-the-envelope estimates are 50 new judges and an additional $150 million a year in taxpayer funds for the federal judiciary.

In Arthrex v. Smith & Nephew (2021), the Supreme Court ruled that the PTAB’s administrative patent judges are inferior officers who require supervision by the USPTO Director. Following the ruling, an article by Wilmer Hale authors listed 10 open appellate issues; several cases are pending at the PTAB and the Federal Circuit. Congress may be forced to resolve Arthrex issues. Congress could take the opportunity to build a new litigation system.

In Oil States v. Green Energy (2018), the Supreme Court decided that PTAB trials are not unconstitutional for lack of a jury trial. Some authorities disagree, but it appears that parties no longer have a right to a jury trial on validity in district courts either, post-Oil States. It would be illogical for the Constitution to give a jury trial right in court and not at the PTAB. With no jury trials on validity, bifurcation of validity and infringement trials becomes simpler.

Blueprint for the Features of a U.S. Patent Validity Court

The U.S. Court of International Trade as a Guide

In addition to the Supreme Court, the federal courts established under Article III are: (1) The Federal Circuit and 12 regional Courts of Appeals, (2) 94 U.S. District Courts, and (3) the U.S. Court of International Trade (CIT). These are the only federal courts whose judges have lifetime tenure. The CIT is the only trial-level Article III court with nationwide, limited subject matter jurisdiction. It could be a guide for operation of an Article III U.S. Patent Validity Court.

In 1995 and 2000, John Pegram, now Of Counsel at Fish & Richardson, published well-researched proposals to give the CIT concurrent jurisdiction with the district courts over patent trials. The idea was to create an alternative to district courts. CIT judges would develop expertise in patent law. That proposal never gained traction. The proposal here is for a stand-alone validity court with no parallel validity pathways in the district courts or the USPTO.

The CIT’s nine judges sit throughout the country to hear cases involving certain international trade and customs law issues. The chief judge has broad powers over case assignments and court administration. Trials normally are conducted by a single judge. The CIT operates under procedures drawn heavily from the Federal Rules of Civil Procedure. Decisions are appealable to the Federal Circuit.

Benefits of a Validity Court

The USPTO leadership, PTAB judges, and the nominee for USPTO director deserve our utmost confidence and respect. Nevertheless, validity trials are better suited for the judicial branch of government than for the executive branch. Patent litigation is adjudication that affects the welfare of the entire nation. It fits easily within the federal judicial framework developed over more than 200 years. Federal judicial trials are circumscribed by the Constitution’s requirement for a case or controversy, a key to preventing gamesmanship and abuse. Federal judges are supported by an infrastructure including the Judicial Conference of the United States, the Administrative Office of the U.S. Courts, and the Federal Judicial Center.

The efficiency and certainty of deciding an issue at the trial level only once under one set of rules needs no explanation. The German patent litigation system is a precedent for splitting validity and infringement between courts. Some consider the German system the best in the world. Germany has adjusted its system recently to speed up validity trials, so that validity will be decided before infringement. A U.S. Patent Validity Court could be structured to render final validity decisions as fast as the PTAB.

The Federal Circuit was designed as a compromise between those who believed cases should be decided by specialists with patent law knowledge and those who preferred generalists with a broader perspective. The patent validity court also would be a compromise. Validity judges would tend to be specialists, but infringement would still be decided by district court judges who usually are generalist lawyers.

The well-intentioned attempt to define a clear, stable boundary between the PTAB and district courts has failed. With the proposed validity court, the boundary with district courts would be clear and stable. Validity defenses are defined in section 282 of the Patent Act.

Validity judges would be fewer in number than readers might expect. The PTAB has more than 200 administrative patent judges, but the majority decide ex parte appeals from patent examiners. Only about 80 PTAB judges do trial work, sitting in panels of three. The new validity judges, like CIT judges, could conduct their trials alone, except in certain categories of important cases.

Fifty judges should suffice – a significant but not overwhelming expansion of the currently authorized 682 Article III trial judges. The new judges would enjoy equal status and pay with district and CIT judges. The Chief Justice could designate validity judges to sit on other Article III courts temporarily, and vice versa, enhancing the judiciary’s ability to manage its workload and broaden experience of judges.

The validity court would be supported by taxpayer funds like other federal courts. The USPTO is a fully fee-funded agency. PTAB petitioners pay more than $30,000 in fees if review is instituted. In Mobility Workx v. Unified Patents (2021), a split panel of the Federal Circuit upheld PTAB trials against a claim of violation of due process based on alleged bias by PTAB judges from having an impermissible financial interest in collecting fees. That decision was based on the majority’s understanding of controls over USPTO funding. The decision could not be carried over to an Article III court. Allowing patent owners or accused infringers to pay for court trials would be unseemly at best.

A validity court would require the usual staff support. Courthouse costs could be minimized by using courtrooms of district courts throughout the country. Based on the cost of the CIT, adjusted proportionately, the validity court would cost about $150 million a year, adding less than 2% to the overall federal judicial budget. That’s a small price for a government program critical to the national interest.

To make a validity court work, Congress would have to resist pressures to micromanage the court through too many details in legislation. Congress usually has been willing to leave details of court organization to the courts. The legislation creating the CIT (1980) and the Federal Circuit (1982) were marvels of simplicity, as was the landmark Patent Act of 1952.

Congress should leave issues to be worked out by the nonpolitical branch wherever possible. Examples: A procedure to prevent infringement decisions from being rendered earlier than validity decisions; a policy on making decisions precedential; elimination of parallel validity determinations in the new court and the ITC.

The venue statute for infringement suits in district courts could be left alone. Congress should not craft a venue statute for validity suits. Selection of judges and locations for hearings for convenience of the parties throughout the country should be left to the chief judge, as in the CIT.

A Better Patent System to Help Save America’s Technological Leadership

The U.S. patent system is not providing strong incentives to invest and invent as intended. In the 1970s, many of the regional courts of appeals were hostile to patents, which were viewed as nearly worthless in some industries. In 1982, Congress formed the Federal Circuit—an experiment at the appellate level that was wildly successful. The 80s and 90s became a golden era for patents. Confidence was restored.

In the 21st century, the system has declined again. The Supreme Court is responsible in part for the decline, causing uncertainty and loss of confidence with decisions such as Mayo Collaborative Services v. Prometheus (2012), Alice Corp. v. CLS Bank (2014), and some would say, eBay v. MercExchange (2006). The America Invents Act in 2011 sought to boost the patent system with quick and inexpensive PTAB trials on validity. In hindsight, it was a mistake to have parallel validity pathways. Now, in light of Oil States and Arthrex, it has become apparent that validity trials should be conducted by the federal judiciary.

Looking more broadly, America is in grave danger of losing its technological leadership. The U.S. Senate and House are now working out differences between their 2,000-page bills to save technological leadership with government spending that would dwarf the cost of a patent validity court. Private investment spurred by a better patent system should not be forgotten. Unlike Jonathan Swift’s A   Modest Proposal published in 1729, this proposal for a new court is hardly outrageous.