“John may have seen the bird perfectly well, noting all of its relevant features, but, not being much of a birdwatcher, he may not have known that a tanager (unlike a cardinal) has black wings. In that case, John has made a labeling mistake…. Here, Unicolors’ mistake is a mistake of labeling.” – SCOTUS majority 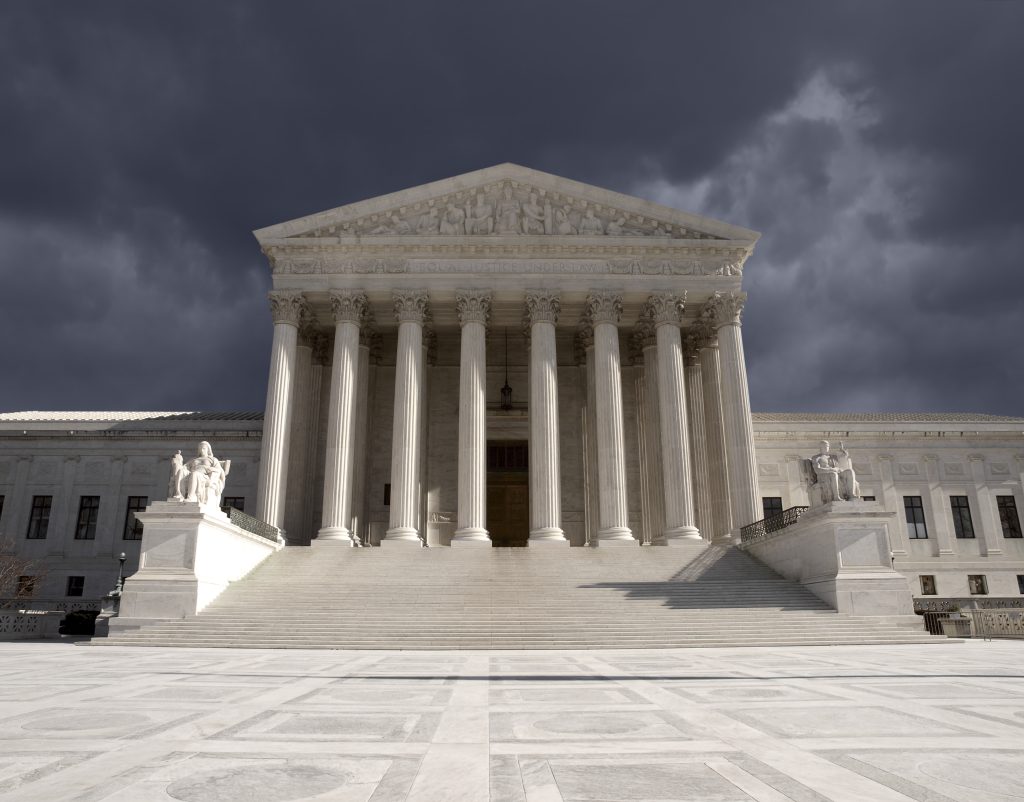 In a 6-3 decision today, the U.S. Supreme Court held that Section 411(b) of the U.S. Copyright Act “does not distinguish between a mistake of law and a mistake of fact; lack of either factual or legal knowledge can excuse an inaccuracy in a copyright registration under §411(b)(1)(A)’s safe harbor.” The decision comes after Unicolors, Inc. petitioned the Court in January of last year, asking whether the Ninth Circuit erred in determining that Section 411 required referral to the Copyright Office on any inaccurate registration information, even without evidence of fraud or material error, in conflict with other circuit courts and the Copyright Office’s own findings on Section 411.

The Supreme Court explained that the Ninth Circuit, in its ruling, said that “a copyright holder cannot benefit from the safe harbor and save its copyright registration from invalidation if its lack of knowledge stems from a failure to understand the law rather than a failure to understand the facts.” But the High Court disagreed, interpreting Section 411(b) to mean that “lack of knowledge of either fact or law can excuse an inaccuracy in a copyright registration.” The Court thus vacated the Ninth Circuit’s decision and remanded for proceedings consistent with the opinion.

In its May 2020 decision, the Ninth Circuit found that multinational clothing company H&M had raised an issue regarding the validity of Unicolors’ copyright registration covering 31 separate fabric designs in a single registration. While U.S. District Court for the District of California had dismissed H&M’s post-trial renewed motion for judgment as a matter of law (JMOL), the Ninth Circuit found that the denial of JMOL was flawed and that the court should have asked the Register of Copyrights to advise whether the registration would have been denied, since several designs covered in the single registration were confined to designs not made publicly available, and weren’t “included in a single unit of publication” as required for copyright registration.

Unicolors contended there was no evidence of this, and that all 31 designs were published on the same date, January 15, 2011, although nine of those designs were designated as “confined” at the time of registration, one month later, because they were given exclusively to one customer for a limited period of time. But the Ninth Circuit ultimately concluded that the 31 textile designs covered by Unicolors’ registration were not first published “in a single, bundled collection” as required, and Unicolors consequently argued in its petition for certiorari that “no Circuit, including the Ninth, had ever before acknowledged a ‘bundling’ requirement, and there was no evidence that the group of works was not first offered for sale concurrently on the listed publication date, and therefore properly published together.”

Unicolors further argued that a finding for H&M would “depart from a century of precedent and start penalizing poets and artists for innocent mistakes in copyright registrations,” while H&M’s brief for the respondent accused Unicolors of being “a serial copyright plaintiff with a long history of gaming the registration process,” and pointed to the plain language of the statute as requiring only “knowledge,” and not fraudulent intent.

The United States Government also filed an amicus brief supporting Unicolors, and took part in the oral argument. The Government cautioned in its brief that the Ninth Circuit’s approach “could weaken copyright protection and make it more difficult for copyright holders to proceed with infringement suits.” The government also argued that the PRO IP Act, in Section 411(b), actually codified “scienter and materiality requirements for invalidation of a copyright registration based on inaccurate information in the application” and that the Ninth Circuit’s reading of the statute “is inconsistent with the history and purpose” of that legislation.

Supporting H&M were The National Retail Federation; Law Professor Victoria Burke; the California Fashion Association; the Center for Democracy & Technology and the Electronic Frontier Foundation; and a group of 12 Professors of Copyright Law, including Mark Lemley of Stanford Law School.

In its ruling today, the Supreme Court, with Justice Breyer writing, hearkened back to an analogy made during oral argument. The opinion said:

Suppose that John, seeing a flash of red in a tree, says, “There is a cardinal.” But he is wrong. The bird is not a cardinal; it is a scarlet tanager. John’s statement is inaccurate. But what kind of mistake has John made?

In the analogy, John’s mistake could have one of several origins, Breyer wrote, including a “labeling” error:

John may have seen the bird perfectly well, noting all of its relevant features, but, not being much of a birdwatcher, he may not have known that a tanager (unlike a cardinal) has black wings. In that case, John has made a labeling mistake. He saw the bird correctly, but does not know how to label what he saw. Here, Unicolors’ mistake is a mistake of labeling.

The text of the statute, Section 411(b)(1), says that Unicolors’ registration is valid “regardless of whether the [registration] certificate contains any inaccurate information, unless . . . the inaccurate information was included on the application for copyright registration with knowledge that it was inaccurate,” said the Court. “Both case law and the dictionary tell us that ‘knowledge’ has historically ‘meant and still means ‘the fact or condition of being aware of something.’”

Since Unicolors contends it was not aware when it submitted its copyright registration application that he 31 designs did not satisfy the “single unit of publication” requirement, the Court said the language of the statute was satisfied. Many copyright applicants are novelists, poets, painters and others with no legal training, and nothing in the statute suggests only their factual, and not legal, ignorance should be forgiven, said the Court.

The Court dismissed H&M’s argument that its interpretation of the statute will make it too easy for copyright holders to avoid the consequences of an inaccurate application. Courts can consider many factors in determining whether a copyright holder was legitimately unaware of legal requirements, including willful blindness and “circumstantial evidence, including the significance of the legal error, the complexity of the relevant rule, the applicant’s experience with copyright law, and other such matters,” said the Court.

The opinion also addressed H&M’s objection to the question ultimately decided by the Supreme Court. The question initially presented to the Court in Unicolors’ petition was “Did the Ninth Circuit err in breaking with its own prior precedent and the findings of other circuits and the Copyright Office in holding that 17 U.S.C. § 411 requires referral to the Copyright Office where there is no indicia of fraud or material error as to the work at issue in the subject copyright registration?” But in its brief on the merits, after the petition was granted, Unicolors tweaked its question to ask “whether that ‘knowledge’ element precludes a challenge to a registration where the inaccuracy resulted from the applicant’s good-faith misunderstanding of a principle of copyright law?” H&M thus argued that neither Unicolors’ petition for certiorari nor the Ninth Circuit’s opinion addressed the question decided.

The Court addressed this argument by holding that the Ninth Circuit did in fact address the question, and that the question was “a subsidiary question fairly included” in the petition. The Court wrote:

The petition…asked us to decide whether a registration may be invalidated under §411(b) even though there are no “indicia of fraud . . . as to the work at issue in the subject copyright registration.” Fraud typically requires “[a] knowing misrepresentation . . . of a material fact.” If, as the Ninth Circuit concluded, §411(b)(1)(A) does not require “knowledge” of legal errors, then it does not always require knowledge of the misrepresentation in the registration application, and therefore does not require the typical elements of fraud. Thus, the “knowledge” question that the parties have argued, and which we decide, was a “subsidiary question fairly included” in the petition’s question presented. (citations omitted)

Justice Thomas dissented, arguing that he would have dismissed the petition as improvidently granted due to the change in question presented and because no other court had addressed the question before. Justice Alito joined in the dissent, and Justice Gorsuch partially joined.