As Judge Stark Ascends to the Federal Circuit, a Look Back at His 2018 Ruling in American Axle

“[U]nder Judge Stark’s analysis, it’s very likely that there can’t be a single U.S. patent ever granted that passes Alice/Mayo at step one.” 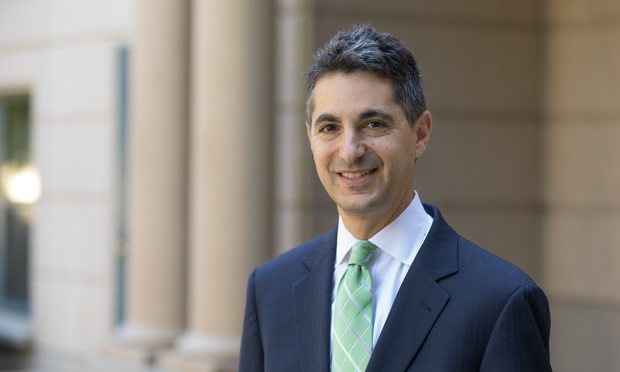 Earlier this month, the U.S. Senate officially confirmed Judge Leonard P. Stark to serve as a Circuit Judge on the U.S. Court of Appeals for the Federal Circuit. The Federal Circuit bench has great importance to the world of patent law as this is the U.S. federal court of appeal with specialized subject matter jurisdiction over all patent cases arising in U.S. district court and the Patent Trial and Appeal Board (PTAB). Judge Stark was confirmed in an overwhelmingly bipartisan 61-35 vote, reported to be one of the most bipartisan confirmation votes thus far into the Biden Administration.

Perhaps chief among Judge Stark’s qualifications that inspired such confidence in his nomination at the Senate was his previous position as U.S. District Judge for the District of Delaware. Serving as the Chief Judge of that district court since 2014, Judge Stark’s docket has seen more than 2,400 patent cases filed since he joined the District of Delaware back in 2010. Judge Stark’s confirmation process has been smoother, and certainly quicker, than Kathi Vidal’s, who was nominated by President Biden to serve as the Director of the U.S. Patent and Trademark Office. Despite being nominated about two weeks prior to Judge Stark, Vidal still awaits full confirmation by the Senate.

American Axle: Can One Bad Apple Spoil the Whole Bunch of 2,400 Cases?

There are certain aspects of Stark’s tenure on the district court that might raise some concerns as to whether he can help the Federal Circuit achieve clarity on several important issues, especially Section 101 subject matter eligibility. One of the 2,400 patent cases handled by Judge Stark in Delaware is American Axle & Manufacturing v. Neapco Holdings, a Section 101 case that remains on hold at the U.S. Supreme Court. Back in February 2018, Judge Stark issued a ruling on summary judgment in that case that began a simmering pot of Section 101 eligibility issues that greatly expanded judicial exceptions to patentability under that statute. Those issues congealed into validity goulash by the time the Federal Circuit issued its October 2019 decision to affirm Judge Stark’s ruling that a method for manufacturing industrial propshafts was directed to a natural law and thus unpatentable under U.S. patent law.

Judge Stark’s February 2018 memorandum opinion invalidated American Axle’s patent claims covering a method for attenuating driveline vibrations transmitted through a shaft assembly to reduce vibration noise during driving. Throughout that ruling, Stark arguably applied the Alice/Mayo two-step test in a way that, logically extended to any other subject matter, would in fact swallow all of patent law in just the way that the Supreme Court warned against in Alice.

Analyzing the claims of American Axle’s U.S. Patent No. 7774911 at the first step of Alice/Mayo, Judge Stark first considered whether the claims as a whole were directed to two laws of nature: Hooke’s law and friction damping, neither of which are mentioned in either the ‘911 patent’s claims or specifications. For the reader’s convenience, independent claim 1 representative of the ‘911 patent analyzed by Judge Stark is reproduced below:

tuning at least one liner to attenuate at least two types of vibration transmitted through the shaft member;

Judge Stark accepted Neapco’s argument that the claim does nothing more than use prior art liners and merely applies Hooke’s law, which describes the elastic property of materials within a certain range of force and displacement, often expressed as “force = constant variable multiplied by change in length” or F=kx, to measure damping in the liner and then adjust the mass and stiffness of the liner to reduce the amount of damping caused by friction. Judge Stark dismissed American Axle’s arguments that the ‘911 patent’s claims are directed to industrial processes for manufacturing very large automotive components, finding that the claims were directed “to the mere application of Hooke’s law.”

Every Invention Ever Created Involves the Application of Natural Law

Here’s the problem: under Judge Stark’s analysis, it’s very likely that there can’t be a single U.S. patent ever granted that passes Alice/Mayo at step one. Under this analysis, would a chair, for example, now be patent ineligible because it leverages gravity to manifest in a practical application? Where exactly is the line between where a natural law is being claimed, a natural law is being relied upon and is apparently so inextricably intertwined that the claimed invention is nevertheless patent ineligible, and the line where a natural law is just the foundational building block upon which a patentable innovation has arisen? Sadly, this is a rhetorical question that cannot be answered, akin to whether a tree that falls in the woods makes a sound if there is no one there to hear it.

The fact of the matter is this: American Axle didn’t claim Hooke’s law or friction damping, and neither are even mentioned in the ‘911 patent. Rather, the patent claimed a particular application involving the use of Hooke’s law that improved the functioning of shaft assemblies transmitting rotary power in an automotive driveline by reducing friction damping. Every invention ever reduced to practice involves some application of natural laws because every technological advance in human history exists in the realm of the physical. The only technologies that don’t involve an application of natural law exist in the theater of the absurd, and Section 101 utility requirements have safely dealt with patent applications filed for impossibilities like perpetual motion machines. American Axle’s patent claims aren’t simply directed to a natural law, but Judge Stark saw a natural law related to the invention and found it grounds to grant summary judgment in a way that allowed the court to moot every other issue in the case.

At the second step of Alice/Mayo, American Axle argued that the ‘911 patent claims were inventive because tuning the mass and stiffness of liners to match relevant frequencies was completely novel, and that the state of the art prior to the invention involved the use of untuned liners that couldn’t achieve the targeted frequencies for reducing damping. American Axle also contended that the invention covered the inventive concept of using a dual-tuned liner to absorb vibrations in both bending and shell modes. Instead, Judge Stark agreed with Neapco that the claims weren’t directed to specific liner designs but rather a solution to the problem of attenuating bending and shell mode vibrations generally by applying physics.

Here, the Asserted Claims simply instruct one to apply Hooke’s law to achieve the desired result of attenuating certain vibration modes and frequencies. They provide no particular means of how to craft the liner and propshaft in order to do so.

It is worth noting, as has been the case with so many other patents that have failed to meet muster of Alice/Mayo, the ‘911 patent was issued in 2010, four years before Alice and two years before Mayo, so it’s not as if the patent attorneys prosecuting those claims at the USPTO had the backdrop of today’s Section 101 eligibility law when drafting those claims. Even if the standard has now become one where an application of a natural law defeats patentability, which would completely gut patent law if evenly applied to all innovation, these claims clearly and unambiguously met the standard in place at the time they were issued in 2010. And, as stated in the statute, patents are property rights. With other forms of property rights changes to the law are prospectively applied, not retroactively applied.

How will Judge Stark rule on issues of patent eligibility moving forward? It is difficult to say. Yes, he was interpreting the Supreme Court’s irreconcilable caselaw set forth in Alice and Mayo, but it has become impossible to separate the Federal Circuit’s anti-patent bias from what the Supreme Court originally said. The claims in American Axle were obviously patent eligible under the current patent eligibility guidance from the USPTO, which in step 2B focuses on whether there is an application. Unfortunately, the Federal Circuit has not taken that sensible off-ramp offered by former USPTO Director Andrei Iancu and instead, with a surplus of hubris, has announced they are not bound by interpretations of law from the USPTO.

So, for now, we wait to see how Judge Stark will address patent eligibility. It does seem, however, that he will align himself with those on the Federal Circuit who are perfectly willing to follow the Supreme Court over the proverbial cliff and find that much, if not most, is patent ineligible.