“Striking the balance between the critical functions of libraries and the importance of preserving the exclusive rights of copyright holders, however, is squarely in the province of Congress and not this Court or a state legislature.” – U.S. District Court for the District of Maryland 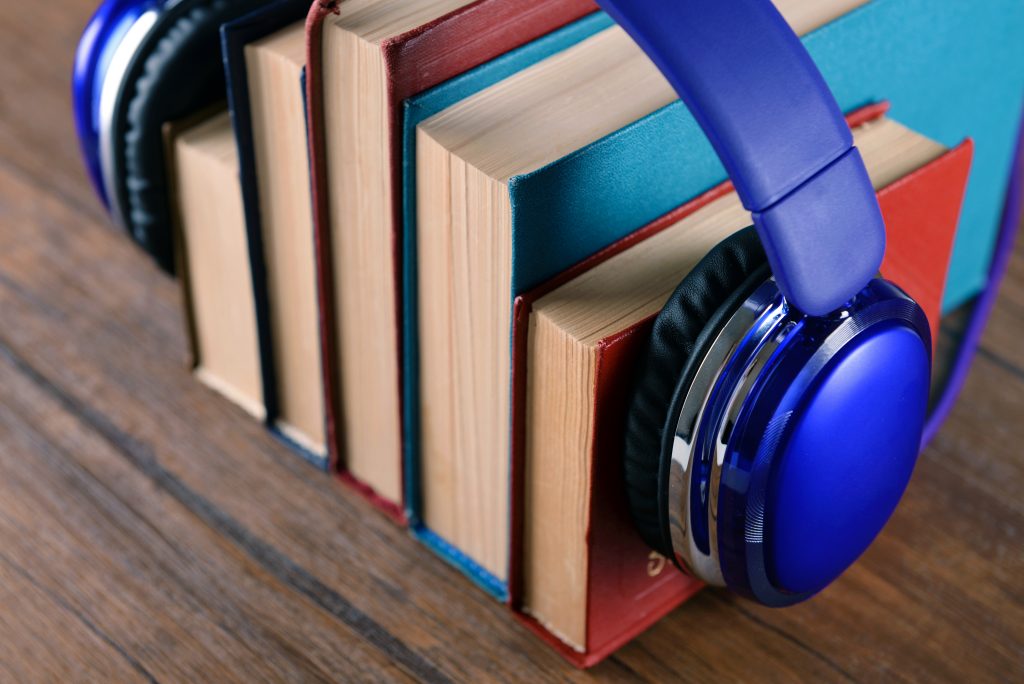 Publishers scored a win yesterday in the U.S. District Court for the District of Maryland when the court granted their request for a preliminary injunction enjoining enforcement of the Maryland Act, which essentially calls for compulsory licensing of electronic literary works to libraries on “reasonable terms”. The law went into effect on January 1, 2022.

The lawsuit was brought by the Association of American Publishers (AAP) against the state of Maryland and charged that the Maryland Act was preempted by the U.S. Copyright Act. The Maryland Act requires publishers to 1) offer to license copyrighted electronic literary products, such as eBooks and digital audiobooks, to public libraries, and (2) to ensure the terms of such licenses are fair. The goal was to avoid up-charging and stringent licensing restrictions on libraries.

In its decision, the district court found that the AAP had satisfied the four factors for  preliminary injunctions: 1) likelihood of success on the merits; 2) likelihood of irreparable harm; 3) the balance of the equities and 4) the public interest.

As to the first factor, the court said “it is clear that the Maryland Act likely stands as an obstacle to the accomplishment of the purposes and objectives of the Copyright Act.” In essence, by requiring that publishers who license their product to the public must offer to license the same product to libraries, at enforced rates, the law is interfering with the Copyright Act’s protection of rightholders’ “exclusive right to distribute.”

While the Maryland Act only requires that libraries make an “offer to license” and does not compel granting a license, the court said “this is a distinction without a difference.” The court explained:

The practical impact of the Act is that publishers will be forced to offer their products to libraries—whether they want to or not—lest they face a civil enforcement action or criminal prosecution. And libraries—now able to purchase licenses for ebooks and audiobooks on terms “that would enable [them] to provide library users with access” to the digital products—have made clear their intent to accept those offers.

The court next found that AAP had established its members would likely suffer irreparable harm absent an injunction by demonstrating the practical effects of the law. With the law in place, publishers would have three options for avoiding harm: 1) to refrain from offering their products online to the public at all, thereby dodging the requirement to offer a license to libraries; 2) refuse to license libraries in violation of the Act, which would cause them to face civil and criminal penalties; or 3) agree to the forced licensing scheme, which the court said would potentially “alter the market or ebooks and audiobooks by, for example, reducing consumer demand for the products in non-library, commercial markets.”

Finally, regarding the balance of equities and the public interest, which are considered together when the government is the opposing party, the court said that the public has no interest in a state law that is preempted by federal law, since such a law is likely to be found unconstitutional. While the State argued that leaving the law in place would serve the public interest by expanding access to e-books, AAP claimed, and the court ultimately agreed, that “digital lending in public libraries, including Maryland public libraries, was alive and well before the Maryland Act took effect,” with a reported 31% increase in customer access to digital materials in FY 2020. AAP also argued that it is only through the protection of copyright that such works can be created and distributed at all, and that the law would undermine the Copyright Act’s incentive in this regard.

In conclusion, the court said the fundamental issues raised by the case can only be decided by Congress:

Libraries face unique challenges as they sit at the intersection of public service and the private marketplace in an evolving society that is increasingly reliant on digital media. Striking the balance between the critical functions of libraries and the importance of preserving the exclusive rights of copyright holders, however, is squarely in the province of Congress and not this Court or a state legislature.

Commenting on the decision on Twitter, Devlin Hartline of the Hudson Institute’s Forum for Intellectual Property said that the State’s and libraries’ argument that libraries should get licenses for the same amount as consumers is “nonsense.” “Consumers get licenses for personal use only, and libraries get licenses to distribute works to numerous patrons. Libraries are charged more because they are getting more,” Hartline explained. 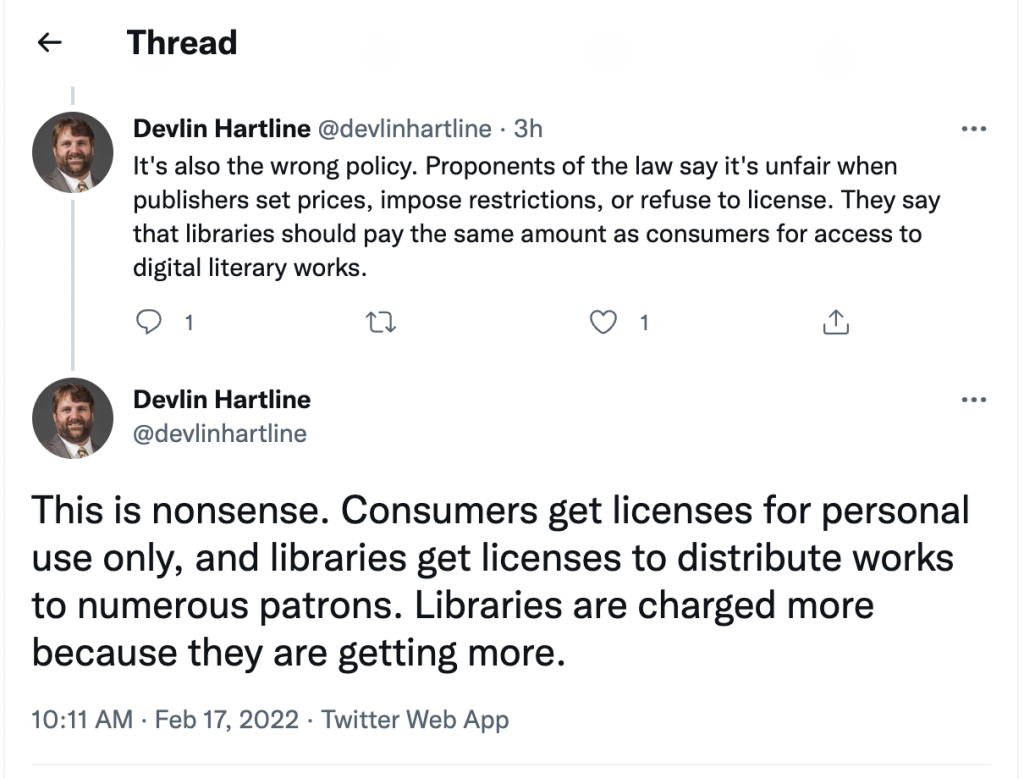 AAP President and CEO Maria Pallante, the former Register of Copyrights for the U.S. Copyright Office, issued a statement following the decision, saying that “this outcome is very much in the public interest, and it ‘is only through the protection of copyright that books and other creative works may be generated and distributed at all.’” She added:

We also thank the court for moving decisively to protect the integrity of the exclusive rights that vest with authors, for preserving a uniform and effective federal Copyright Act, and for recognizing the long-term criticality of a vibrant and independent publishing industry in society.