“If the Biden administration is torn between opposed camps on these questions, let Occam’s Razor tip the balance: it would be better to clarify the rules for patent eligibility than leave them muddled.” 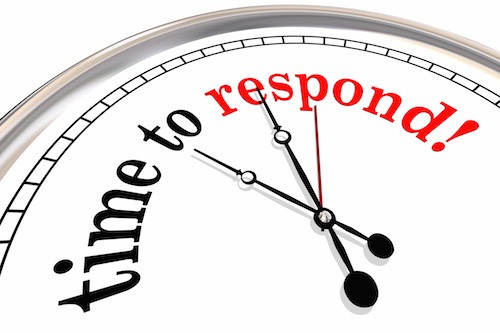 Nine months in, and we are still awaiting the Biden administration’s decision as to whether the law of patent eligibility should be clarified. This area of patent law has in recent years become increasingly unpredictable, and the consequences of that unpredictability have largely fallen on startups, whose primary assets are often inventions.

On May 3, 2021, the Supreme Court invited the Solicitor General to recommend whether certiorari should be granted in American Axle v. Neapco Holdings, LLC—a case in which a method for manufacturing vehicle driveshafts was deemed ineligible under 35 USC § 101 as being directed to a law of nature.

The Solicitor General typically responds to Supreme Court requests fairly quickly—most often, within four or five months. Looking back at the last 30 requests dating back to 2019, all had been answered within eight months. Now, it is all except for one.

Given the delayed response, one can only assume there are divided camps within the Biden administration—one supporting clarification of patent eligibility law and one opposed—and an executive team that has struggled to weigh the factors and form a decision.

Remarkably, the central question facing policymakers is not whether the law of patent eligibility is unclear—to the contrary, there is broad consensus on that point. Federal Circuit Judge Moore persuasively captured that consensus in her concurring opinion denying stay pending the Supreme Court’s review in American Axle:

As the nation’s lone patent court, we are at a loss as to how to uniformly apply § 101. All twelve active judges of this court urged the Supreme Court to grant certiorari in Athena to provide us with guidance regarding whether diagnostic claims are eligible for patent protection. There is very little about which all twelve of us are unanimous, especially when it comes to § 101. We were unanimous in our unprecedented plea for guidance. Am. Axle & Mfg. v. Neapco Holdings LLC, 977 F.3d 1379, 1382 (Fed. Cir. 2020).

Instead, policymakers seem to be grappling with questions that are much more fundamental. Should the law of patent eligibility be clear? What would be the consequences if the law were made more predictable?

If the Biden administration is torn between opposed camps on these questions, let Occam’s Razor tip the balance: it would be better to clarify the rules for patent eligibility than leave them muddled.

Startups are the pawns of the patent policy wars. Large businesses calculate that they can get more mileage by projecting their interests on sympathetic small businesses.

The startups themselves lack lobbyists. To provide a sense of the power disparity: Apple’s revenue alone in 2020 more than doubled the total venture capital dollars invested in all U.S. startups over the same period.

Most startups are working around the clock to build a minimum viable product, develop a market for their technology, and secure financing to survive the next 18 months. In short, they have better things to do than track the patent policy debates.

But their fortunes are tethered to the outcome of those debates. As startup lawyers, patent prosecutors, and litigators who have defended patent troll cases, we are more familiar than most with how startups process patent risks and opportunities.

Of the hundreds of startups with whom we have spoken, every single one is concerned about protecting their technology against large companies and would-be copyists. Patents are part of the solution to that problem.

Just as important to startups is the signaling patents provide. A startup without patent applications—or with patent applications under an eligibility cloud—can struggle to explain to investors how it will maintain a competitive advantage. And without a good answer to that question, companies fold for lack of funding.

Entire sectors of startups are struggling to secure patents. Most notably, medical diagnostics have tremendous potential to improve health outcomes, but the current state of patent eligibility law provides startups in this field with no reliable way to protect their investments against larger copyists. Startups working on artificial intelligence, cybersecurity, and blockchain technologies face similar obstacles.

Some startups have talented lawyers who carefully translate innovations into language that examiners and courts will regard as patent-eligible, and many startups benefit or suffer from luck-of-the-draw in the examiner sweepstakes. But all would be better off if the lines were clear so that founders could accurately assess whether and how much capital to budget for patent development.

Clarifying Patent Eligibility Would Not Increase Risk to Startups

For an early-stage startup, the threat of patent troll litigation is a paper tiger. Patent trolls follow the money—they sue Apple, not pre-revenue companies.

We are sometimes asked by early-stage founders how to conceptualize the risk of troll litigation. Our answer is that trolls are unlikely to target you, and if they do, you will likely have made a lot of money and have the option to escape the lawsuit for a modest sum. In other words, the scenario in which you are targeted by a troll is a probably good outcome, all things considered.

This perspective is supported by the data. Of the 3,400 patent cases categorized by Unified Patents as being brought by patent assertion entities since the beginning of 2020, only about 380 (11%) were filed against parties considered by Unified Patents to be “small and medium size enterprises.” Of that 11%, we expect that almost all were filed against entities with significant revenues.

To put these numbers in perspective, approximately 5.4 million new business applications were filed in 2021. Even if we focus only on a narrow subset—the 40,000+ technology startups registered with Crunchbase—the odds that any given startup will be targeted by a troll lawsuit before the company can comfortably defend are miniscule.

Moreover, there is no reason to believe that clarifying the law of patent eligibility will increase this risk. Patent trolls will still follow the money; they will still target the Apples and Googles of the world instead of the guys and gals in the garage.

Of course, if we want to make patent policy more friendly to startups, there are steps that can be taken. A bona fide proposal to help startups avoid troll litigation might, for example, include eliminating inter partes review (IPR) filing fees for companies that are accused of patent infringement and have fewer than 100 employees. Giving startups the option to credibly threaten a free IPR would make approaching early-stage startups even more unprofitable for patent trolls.

By contrast, the proposition apparently being considered by the Biden administration—continuing a regime of uncertain patent eligibility law—almost certainly hurts startups more than it helps.

Startups depend on patents to secure capital, strike equitable deals with strategic partners, and protect their investments against copyists. Policymakers should be lauded for considering the interests of startups and small businesses in patent policy decisions, but there should be no confusion about where the balance of those interests lie.

To startups and small businesses, the threat of copying by a large company with vast market power is a high-frequency risk with potentially company-destroying consequences. The threat of a patent troll lawsuit is a low-frequency risk that generally ends with a nuisance value settlement. In short, if we want to promote innovation, we should clarify the law of patent eligibility and ensure that our patent system is predictable and accessible to startups in all fields of endeavor.

The Biden administration should stand up for innovation and urge the Supreme Court to grant certiorari in American Axle.

Greg Mayer is a registered U.S. Patent Attorney with over 25 years of experience and an aerospace engineering background. He provides business-oriented legal advice across all areas of intellectual property. [...see more]