“As a general principle, this court has recognized that parties are entitled to bargain away their rights to file IPR petitions, including through the use of forum selection clauses.” – CAFC 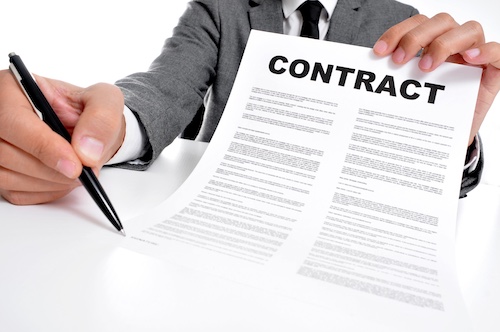 The U.S. Court of Appeals for the Federal Circuit (CAFC) earlier today issued a precedential decision holding that the U.S. District Court for the District of Delaware improperly denied Nippon Shinyaku Co., Ltd.’s motion for a preliminary injunction in the court’s misreading of the plain language of a contract’s forum selection clause. The CAFC consequently reversed the decision and remanded for entry of a preliminary injunction (PI) enjoining Sarepta Therapeutics, Inc. from proceeding with its seven inter partes review petitions (IPRs) against Nippon Shinyaku and requiring that Sarepta withdraw the petitions.

Nippon Shinyaku and Sarepta entered into a Mutual Confidentiality Agreement (MCA) on June 1, 2020. The MCA concerned “a potential business relationship relating to therapies for the treatment of Duchenne Muscular Dystrophy.” The MCA included a Covenant Not to Sue that, under Section 6, included, but was not limited to “patent infringement litigations, declaratory judgment actions, patent validity challenges before the U.S. Patent and Trademark Office or Japanese Patent Office, and reexamination proceedings before the U.S. Patent and Trademark Office . . . .”

After the expiration of the Covenant Term, a Forum Selection Clause governed disputes between the parties. That clause, in Section 10 of the MCA, read:

The MCA defined “Potential Actions” as encompassing patent or IP disputes “filed with a court or administrative agency prior to or after the Effective Date” in the relevant countries.

Despite this language, Sarepta filed seven IPR petitions on Nippon Shinyaku’s patents on the same day the Covenant Term ended. Nippon filed a complaint in the district court, but the court denied the PI because it said that Nippon was unlikely to succeed on the merits, mainly because Nippon had “not shown a reasonable probability that Sarepta breached the mutual confidentiality agreement.” The district court felt the best reading of Section 6 of the MCA was that the parties intended to allow IPRs after the two-year Covenant Term had expired, because “[a]lthough Sections 6 and 10 implicate different time periods, it would be odd if Section 6 expressly deferred the filing of IPR petitions for one year and twenty days only for them to be impliedly delayed for two additional years, likely making them time-barred and never available.”

The CAFC held that “the plain language of the forum selection clause in Section 10 of the MCA resolves the dispute.” The court continued:

Under the plain language of Section 10, Sarepta was required to bring all disputes regarding the invalidity of Nippon Shinyaku’s patents—including the allegations and contentions contained in Sarepta’s IPR petitions—in the District of Delaware. Sarepta instead brought those disputes in the form of IPR petitions at the Board, which contravened the plain language of the forum selection clause in Section 10 of the MCA.

Parties Can Bargain Away Right to IPRs

In addition to dismissing a number of other arguments made by Sarepta, the CAFC rejected the argument that neither party intended to bargain away its right to file IPRs by entering the contract, which would be the practical effect of the CAFC’s interpretation. The CAFC explained that “[a]s a general principle, this court has recognized that parties are entitled to bargain away their rights to file IPR petitions, including through the use of forum selection clauses.”

The court also found that Nippon satisfied the remaining three factors relevant to the PI analysis. With respect to the public interest factor, the CAFC said “we reject the notion that there is anything unfair about holding Sarepta to its bargain.”

While Congress may have intended IPRs to be a more efficient way for parties to challenge patents, “it does not follow that it is necessarily against the public interest for an individual party to bargain away its opportunity to do so,” said the court.

The district court’s decision was thus reversed and remanded for entry of the PI.