“Because the marks SPOTIFY and POTIFY are used for software products that perform analogous functions, and are so similar in appearance and sound, their commercial impressions are similar even if consumers take different meanings from SPOT and POT.” 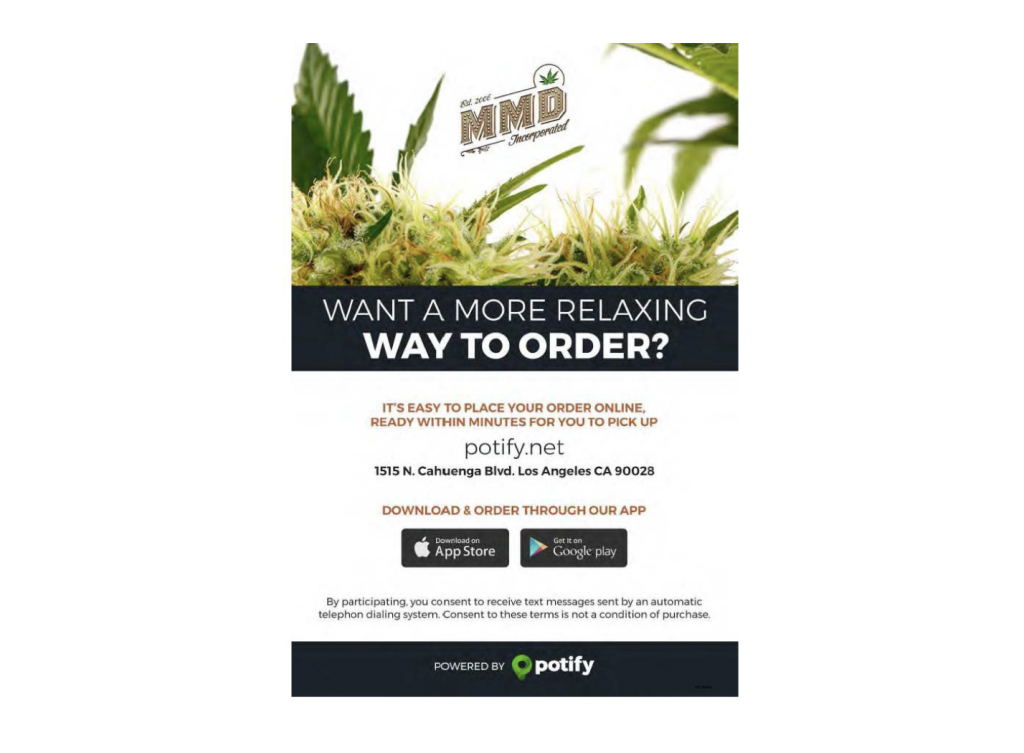 Applicant U.S. Software Inc. filed trademark applications for POTIFY in standard characters, and stylized with a design on July 17, 2017, and May 2, 2018, respectively. These applications sought to register POTIFY for: “downloadable software for use in searching, creating and making compilations, rankings, ratings, reviews, referrals and recommendations relating to medical marijuana dispensaries and doctor’s offices and displaying and sharing a user’s location and finding, locating, and interacting with other users and place, in International Class 9.”

Spotify is a Swedish company that “develops and distributes software services for streaming music, podcasts, and other audio-visual content.” Spotify entered the U.S. market in 2011. As evidence that their SPOTIFY mark is exceedingly famous, Spotify pointed to, among other data, their millions of followers on social media platforms, advertisements in major publications such as Rolling Stone and The New York Times and the fact that their mobile apps are “consistently” among the most downloaded on the Apple App Store and Google Play Store.

Applicant U.S. Software asserted that it develops “sales systems, telemedicine systems, and enterprise resource planning systems.” Furthermore, U.S. Software said that its POTIFY platform “is a back-end software platform designed for legal marijuana dispensaries to market and sell their products”—it is not for induvial consumers.

The TTAB noted that, although U.S. Software may intend for its POTIFY platform to be used by dispensaries, its identification of goods is not so limited. Additionally, the TTAB recognized that the record includes many examples that “Applicant’s POTIFY app is at least in part customer-facing, intended to be used by marijuana consumers and POTIFY branded.” For example, the TTAB pointed to the Applicant’s Instagram page, which advertises the app as “Your MMJ [medical marijuana] Guide],” and states that the app offers discounts from certain, app-searchable dispensaries. Furthermore, the TTAB noted U.S. Software’s Facebook page advertises that the POTIFY platform has “helped thousands of patients and customers order their favorite products from their preferred dispensary or delivery service.” As additional support that POTIFY is customer facing, the TTAB noted Apple removed the POTIFY app from its App Store “precisely because customers could use it to order marijuana to pick up at dispensaries.”

In its Trial Brief, U.S. Software alleged that its date of first use for the POTIFY marks is January 1, 2017, before SPOTIFY was famous, and that it settled on the name POTIFY in 2014, after rejecting “Pot Finder” and “Weedify.” The brief explained that it was Shopify, and not Spotify, that served as inspiration for the POTIFY name.

Spotify alleged dilution by both blurring and tarnishment. Citing N.Y. Yankees, the TTAB recognized that, to prevail, the Applicant must show that: “(1) it owns a famous mark that is distinctive; (2) Applicant is using a mark in commerce that allegedly dilutes Opposer’s famous mark; (3) Applicant’s use of its mark began after Opposer’s became famous; and (4) Applicant’s use of its mark is likely to cause dilution by blurring or tarnishment.” N.Y. Yankees P’ship v. IET Prods. & Servs., Inc., 114 USPQ 2d 1497, 1502 (TTAB 2015).

Turning to the first prong, the TTAB noted that there was no dispute the Opposer’s SPOTIFY mark is distinctive both inherently and by acquisition due to widespread use and broad consumer recognition. Again citing N.Y. Yankees, the TTAB said that, when considering whether a mark is sufficiently famous to be entitled to protection, it must determine if the mark “is widely recognized by the general consuming public of the United States as a designation of source of the goods or services of the mark’s owner.” 114 USPQ at 1502. The TTAB concluded that the SPOTIFY mark was sufficiently famous. Additionally, the TTAB found that since U.S. Software is using its POTIFY mark in commerce and seeking to register it in the United States, the second prong is also satisfied.

To rebut Spotify’s dilution claim, U.S. Software’s primary argument rested on the idea that SPOTIFY was not famous as defined by 15 U.S.C. §1125(c)(2)(A) before Applicant’s date of first use, and therefore that Opposer’s claim failed on the third prong. The TTAB was unconvinced, noting that although “the record shows SPOTIFY is more famous now than it was years ago, there is no question the mark was famous in the United States well prior to January 1, 2017.”

Referencing Coach Services, the TTAB noted that dilution by blurring, the fourth prong, is “an association arising from the similarity between a mark or trade name and a famous mark that impairs the distinctiveness of the famous mark.” Coach Servs. Inc. v. Triumph Learning LLC, 668 F.3d 1356, 101 USPQ 2d 1713, 1724 (Fed. Cir. 2012). The TTAB recognized six considerations when determining if an applicant’s use of its mark is likely to cause dilution: “(i) the degree of similarity between Applicant’s mark and Opposer’s famous mark; (ii) the degree of inherent or acquired distinctiveness of Opposer’s mark; (iii) the extent to which Opposer is engaging in substantially exclusive use of its mark; (iv) the degree of recognition of Opposer’s mark; whether Applicant intended to create an association with Opposer’s SPOTIFY mark; and  (vi) any actual association between Applicant’s mark and Opposer’s mark.”

The TTAB found that the first consideration favored a finding of dilution, noting that “[b]ecause the marks SPOTIFY and POTIFY are used for software products that perform analogous functions, and are so similar in appearance and sound, their commercial impressions are similar even if consumers take different meanings from SPOT and POT.”

Additionally, the TTAB found that considerations two through five all favor a finding of dilution. The Board found the final factor neutral, pointing to a lack of direct evidence of association. In view of all considerations, the TTAB found likely dilution, concluding that it is “inevitable POTIFY will diminish SPOTIFY’s distinctiveness.” Therefore, the TTAB sustained both of Spotify’s related oppositions.