In Dissent to CAFC Ruling for Novartis on Written Description, Chief Judge Argues ‘Silence is not Disclosure’

“The majority dramatically expand[ed] a patentee’s ability to add, years after filing a patent application, negative claim limitations that have zero support in the written description.” – Moore, dissenting 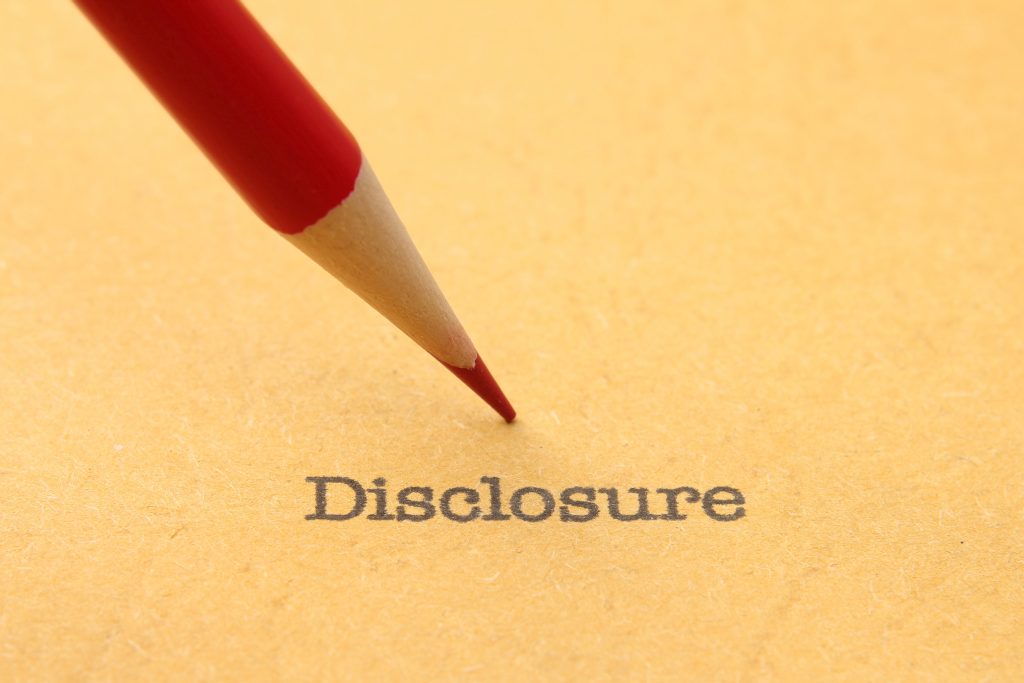 The U.S. Court of Appeals for the Federal Circuit (CAFC) yesterday affirmed a district court’s ruling that Novartis’ U.S. Patent No. 9,187,405 is not invalid and that HEC Pharm Co., Ltd. and HEC Pharm USA Inc.’s Abbreviated New Drug Application (ANDA) infringed the patent. The CAFC found no clear error in the district court’s finding that the patent’s claims did not fail the written description requirement under 35 U.S.C. § 112(a). Chief Judge Moore dissented, arguing that the district court’s analysis was inconsistent with the CAFC’s established precedent.

The ‘405 patent covers methods of treating relapsing remitting multiple sclerosis (RRMS) with fingolimod (an immunomodulating medication) or a fingolimod salt “at a daily dosage of 0.5 mg without an immediately preceding loading dose.” Claim 1 of the ’405 patent recites:

A method for reducing or preventing or alleviating relapses in Relapsing-Remitting multiple sclerosis in a subject in need thereof, comprising orally administering to said subject 2-amino-2-[2-(4-octylphenyl)ethyl]propane-1,3-diol, in free form or in a pharmaceutically acceptable salt form, at a daily dosage of 0.5 mg, absent an immediately preceding loading dose regimen.

A loading dose refers to the initial dose of a drug, which is usually higher than the daily dose. The ‘405 patent claims priority to a British patent application filed in 2006, which the CAFC found it necessary to examine despite the parties’ failure to explain its contents. Both specifications describe the results of an Experimental Autoimmune Encephalomyelitis (“EAE”) experiment in rats and a prophetic human clinical trial. HEC first argued that the inventors did not possess the invention as of the 2006 priority date and second that the absence of a specific loading dose “or its potential benefits or disadvantages” does not satisfy the written description requirement.

As to HEC’s first argument—that the inventors did not possess a 0.5 mg daily dose of fingolimod as of the 2006 priority date because, as of that date, 0.5 mg/day was considered too low to be effective to treat RRMS—the majority explained that the Prophetic Trial description refers to dosing patients at daily dosages of 0.5, 1.25, or 2.5 mg, and that “disclosure of two other dosages does not detract from the written description of the claimed dose. Nor do disclosures of dosage ranges in other areas of the specification lead away from the claimed dose.”

Furthermore, the EAE model describes a dosage of 0.3 mg/day as the lowest effective dosage in rats, which experts testified that a skilled artisan “would immediately recognize” as “approximately 60% lower ‘than the lowest known effective dose in the prior art (0.1 mg/kg daily)” and therefore “that a proportionally lower dose (again, roughly 60% lower) could be effective in humans.”

Despite HEC’s attacks on the expert testimony, the CAFC said, citing Ariad, that “a ‘disclosure need not recite the claimed invention in haec verba.’ The disclosure need only ‘clearly allow persons of ordinary skill in the art to recognize that the inventor invented what is claimed.’”Ariad Pharms., Inc. v. Eli Lilly & Co., 598 F.3d 1336, 1351 (en banc). The CAFC reasoned that to hold otherwise would violate precedent and fail to consider “the perspective of persons of ordinary skill in the art and require literal description of every limitation.” Accordingly, the CAFC found no clear error in the district court’s reliance on expert testimony in finding description of the 0.5mg daily human dose in the EAE experiment results.

The CAFC was also unconvinced by HEC’s argument that the ‘405 patent does not have the necessary “blaze markings” pointing to the 0.5mg daily dosage. Citing, Novozymes, the CAFC noted that in situations where the specification describes a broad genus, and the claims are directed to a narrower species they have held specification must contain “blaze marks that would lead an ordinarily skilled investigator toward such a species among a slew of competing possibilities. Novozymes v. DuPont Nutrition Biosciences APS, 723 F.3d 1336, 1349 (Fed. Cir. 2013). However, the CAFC concluded that where, as in the case of the ‘405 patent, the claimed species are expressly described in the specification, “blaze marks” are not required.

Chief Judge Moore took issue with the majority’s reasoning that silence can serve as the basis for a negative claim limitation. By allowing this, Moore said “[t]he majority dramatically expands a patentee’s ability to add, years after filing a patent application, negative claim limitations that have zero support in the written description.” She further asserted that the majority contradicted long-standing precedent at CAFC and nullified the U.S. Patent Office’s guidance in the Manual of Patent Examining Procedures (MPEP), noting that “[s]ilence is not disclosure.”

Citing Ariad, Moore noted that “[t]he hallmark of written description is disclosure.” The ‘405 patent, according to Moore, does not find support in the written description for the limitation “absent an immediately preceding loading dose regimen.” Instead, Moore alleged, that this limitation was added in response to an obviousness rejection during prosecution of the ‘405 patent’s co-pending parent application. Moore further argued that there is no disclosure in the specification of preventing a loading dose, whether a loading dose is to be used or not, is never contemplated.

Pointing to Indiphi Corp., Moore recognized that “[n]egative claim limitations are adequately supported when the specification describes a reason to exclude the relevant limitation.” 805 F.3d 1350, 1356 (Fed. Cir. 2015). The law as Moore understood it, did not create a heightened standard for negative claim limitations, rather, it simply required some disclosure to demonstrate that the inventor contemplated the negative limitation. Moore further noted that the Patent Office recognized the clear precedent of the CAFC, as is evidenced by MPEP § 2173.05(i) which states “[t]he mere absence of a positive recitation is not a basis for an exclusion.” Therefore, Moore concluded that to show that the inventors invented a treatment method that is not ambivalent to, but expressly excluded a loading dose there needed to be some discussion of loading doses. According to Moore, this is not a heightened written description requirement, it is merely a written description requirement.

Moore also found that the majority’s attempts to distinguish Kappos 2006 from the ‘405 patent “f[ell] flat.” Moore asserted that it is “simply incorrect” to presume that an issued patent has a complete written description. Citing Nat’l Recovery Techs., Moore recognized “[t]he presumption of validity includes a presumption that the patent complies with” the written description requirement. Nat’l Recovery Techs., Inc. v. Magnetic Separation Sys., Inc., 166 F.3d 1190, 1195 (Fed. Cir. 1999). However, this does not require presuming the patent is “complete,” to do so would mean “silence presumptively supports a negative limitation in every case.” Moore urged the court that this is contrary to precedent and vastly expands the potential for patentees to later incorporate uncontemplated negative claim limitations.