Patent Trial and Appeal Board Year in Review: The Top Five PTAB Developments of 2021

“With proposed legislation circulating, and growing dissatisfaction with the USPTO, 2022 may have significant changes in store for the Patent Trial and Appeal Board.” 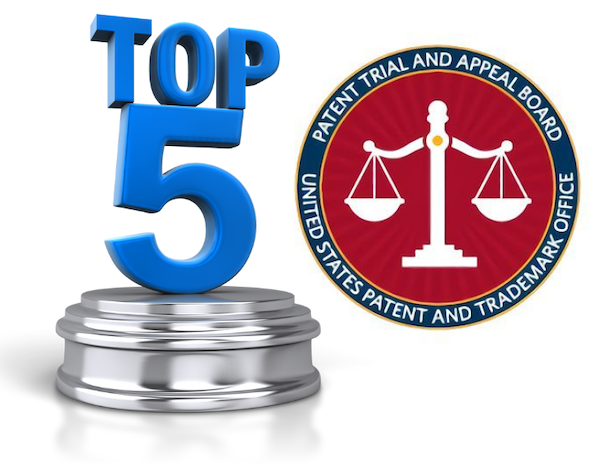 Noteworthy 2021 developments at the Patent Trial and Appeal Board (PTAB) were primarily driven by oversight—via the United States Patent and Trademark Office (USPTO) Director, Supreme Court and Federal Circuit—rather than by new rules or policy of the agency. After the highly anticipated Arthrex decision fizzled at the Supreme Court, the most significant 2021 development may be former Director Iancu’s departure and legacy of decidedly pro-patent owner policies. That legacy is increasingly under attack. From the Biden administration’s nomination of a new director, to legislative proposals, to Congressional pushback on Section 314(a) discretionary denials of institution (especially as they relate to the Western District of Texas), to lawsuits challenging the practice as an Administrative Procedures Act violation, change is afoot. The coming year is sure to see recalibration of current PTAB practices.

Former USPTO Director Andrei Iancu made many pro-patent owner changes to the agency during his nearly three-year tenure. Examples of policy changes include:

Of all these changes, the most impactful—and controversial—was extending Section 314(a) discretion to consideration of parallel litigation proceedings. By giving significant weight to district court trial schedules that were often unrealistically set, inter partes review (IPR) institution rates dropped 15-20%. Unsurprisingly, the practice has faced a backlash from patent challengers.

Iancu’s expansion of discretionary denials has faced challenges on all sides. A number of large tech companies filed a suit challenging the 314(a) discretionary denial practice as a violation of the Administrative Procedure Act due to a lack of notice and comment rulemaking. While the district court recently dismissed the suit as an impermissible challenge to a Director’s institution decision under Cuozzo, left unanswered is the overall practice relative to APA requirements of Notice and Comment Rulemaking relative to the “shenanigans” mentioned in Cuozzo. This issue may be more fully addressed on appeal.

The lone Supreme Court decision involving the PTAB this term started as an existential threat to the AIA and ended up being little more than an academic exercise. The issue in United States v. Arthrex, Inc. was whether the Board’s administrative patent judges (APJs) were constitutionally appointed and, if not, whether a judicial cure was possible to avoid invalidating every AIA trial decision. Despite finding APJs were wielding the authority of a principal officer without a constitutional appointment, the Court refused to invalidate all AIA trial decisions. Instead, the Court merely required the agency provide a path to Director review of all PTAB decisions. In response to Arthrex, the agency simply set-up a second rehearing path to the Director. A legislative tweak to codify the Arthrex decision has been proposed in the draft RAIA.

As noted above, Senators Leahy and Cornyn have introduced legislation to revamp the AIA and overturn nearly all changes made by former Director Iancu. In addition to abrogating discretionary denial practices under 314(a) and implementing Arthrex, the proposed legislation, (among other things):

While the bill is unlikely to pass its current form, the enactment of even a select few items from this proposal would have significant effects on the patent litigation landscape. Given the bill has bipartisan support, and is argued as affecting drug pricing for consumers in a critical mid-term election year, it seems likely that some aspect of the RAIA will pass into law in 2022. Keep in mind that Senator Leahy (namesake of the AIA) is also retiring in 2022. Since the RAIA may be his legislative swan song, I expect a significant push in the months ahead.

5) Important, but Niche, Issues Decided by the Federal Circuit

As evidenced by its placement on this review, the biggest issues decided by the Federal Circuit involving the PTAB this year were relatively niche. The Federal Circuit weighed in on joinder estoppel, standing on appeal from PTAB decisions, more due process challenges to the AIA, the impact of NDA forum selection clauses on IPRs, and the availability of ex parte reexamination post-IPR.

Prospects for the Year Ahead

Overall, 2021 was a bit of a slow year for big decisions and news involving the PTAB. With proposed legislation circulating, and growing dissatisfaction with the USPTO, 2022 may have significant changes in store. Or, like Arthrex, the promises to overhaul the system may fail to live up to expectations.