“While the Court has not yet granted American Axle’s petition, there are clearly a number of stakeholders who believe it’s time for it to weigh in again on patent ineligibility.” 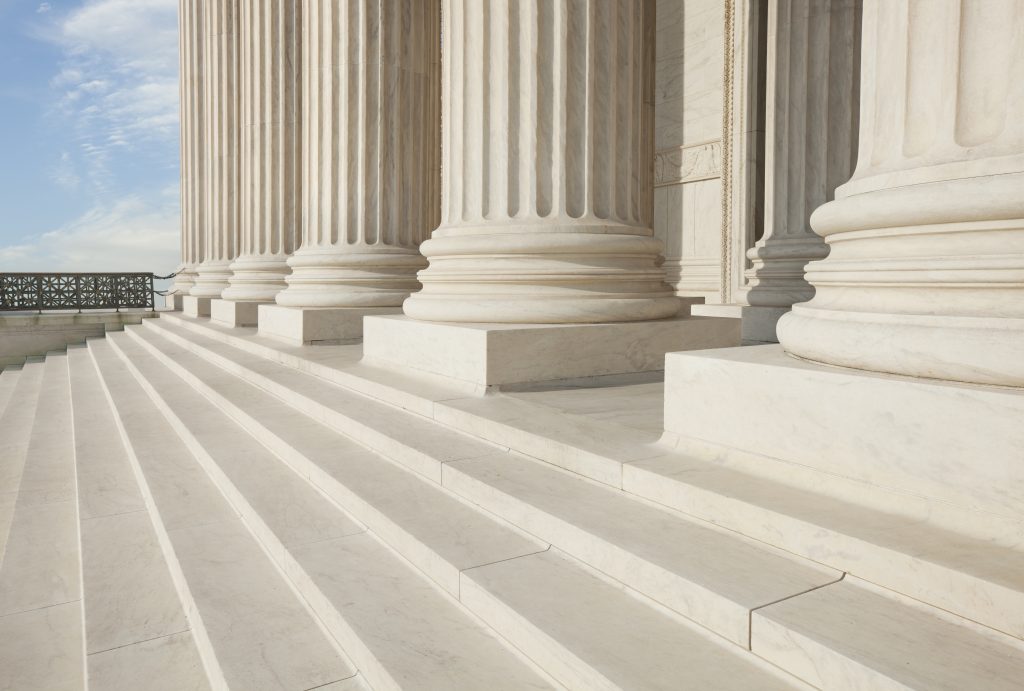 As of the time of writing, the 2022 Supreme Court docket is light on intellectual property cases, with the Court having granted review of only one copyright case. However, one other major case lurks in the background on an issue—patent ineligibility—upon which the Supreme Court has already demonstrated its interest. These two cases are examined in greater detail below.

The first case, Unicolors v. H&M, is a copyright case for which oral argument has already occurred. The case involves issues of substantive copyright law, as well as whether the petition warranted dismissal for a violation of Supreme Court procedural rules.

In Unicolors v. H&M, Unicolors sued H&M for copyright infringement, asserting fabric design copyrights from among 31 of such designs that were filed as part of a single application on January 15, 2011. Unicolors prevailed in proving infringement after a jury trial, but the Ninth Circuit remanded the case, instructing the district court to refer the matter to the Register of Copyrights pursuant to section 411(b) of the Copyright Act. Section 411(b) requires the Register to review allegations that a copyright applicant included “inaccurate information… on [an] application… with knowledge that the it was inaccurate.” The primary basis for referral here was that Unicolors inaccurately claimed that all of the 31 designs had been published by January 15, 2011 (which was required to file a single application for all of the designs), when it knew that some of those designs were not yet publicly available. Unicolors submitted a certiorari petition in response to that decision.

The argument as to whether the petition warranted dismissal stems from the disconnect between the question presented in the cert petition and the question that Unicolors ultimately briefed. In its cert petition, Unicolors had asked whether referral to the Register was appropriate without “indicia of fraud or material error.” However, in its briefing, Unicolors posed the question as whether the “knowledge” requirement of section 411(b) is satisfied where it is based on a “good-faith misunderstanding of a principle of copyright law.” H&M argued that this change was so material that it violated the Supreme Court’s rules and warranted dismissal of the petition.

With respect to the substantive copyright law questions presented in this case, Unicolors argued that a good-faith misunderstanding of copyright law does not satisfy the knowledge requirement of section 411(b). H&M, on the other hand, argued that unreasonable mistakes of law should result in referral, because such mistakes would amount to constructive knowledge sufficient to satisfy section 411(b).

Oral argument for this case occurred on November 8, 2021. The Justices’ questions focused primarily on the substantive legal issues—namely, what was sufficient to satisfy section 411(b)’s knowledge requirement. Given the complexity of the copyright laws on this issue and the goal of allowing non-lawyers to navigate the application process, several Justices appeared to favor Unicolors’ higher, good-faith misunderstanding of law standard. Unicolors’ counsel argued that H&M’s lower standard would result in “a sport for infringers to try to find legal errors or any other sorts of errors in copyright applications, especially willful infringers who, like H&M, actually have no other defense.” Justice Sotomayor vocalized a notable point of contrast to this line of questioning, questioning whether H&M’s more-stringent standard would be appropriate given the existence of copyright trolls who are able to employ legal counsel to catch unreasonable mistakes when filing applications.

Given the focus during oral argument on the substantive legal issues, this case could result in an opinion that interprets the knowledge requirement of section 411(b). The balance of the questioning during oral argument suggests that the Court may favor the more-stringent standard asserted by Unicolors.

The major patent case that appears primed for Supreme Court review is American Axle & Manufacturing v. Neapco, which could be used by the Justices to reshape Supreme Court jurisprudence on patent ineligibility under 35 U.S.C. § 101. The Court appears to be monitoring the issue closely: On May 2, 2021, it requested the solicitor general’s advice as to whether cert should be granted, marking the second time it has done so on a patent ineligibility case in the past three years.

American Axle involved allegations of infringement of a patent pertaining to a method for attenuating driveline vibrations in order to reduce vehicle noise. The district court applied the Supreme Court’s two-step framework for analyzing patent ineligibility and held that the asserted claims were patent ineligible. Specifically, the court found that the claims were “directed to” natural laws because they involved the “mere application” of Hooke’s Law and friction damping, and that any remaining elements of the claims consisted of “well-understood, routine, conventional activity already engaged in by the scientific community,” which “add[ed] nothing significant beyond the sum of their parts taken separately.”

A three-judge panel of the Federal Circuit affirmed that decision. After receiving petitions for panel and en banc rehearing, the original panel reaffirmed their decision, but the twelve judges who considered the en banc petition were evenly split on whether it should be granted. In a modified opinion issued in response to the rehearing petitions, the original panel held that the asserted claims were ineligible because they simply applied Hooke’s Law and “instruct[ed] the reader… to achieve a claimed result, without limitation to particular ways [of] do[ing] so,” and because any other steps involved “amount[ed] to no more than conventional pre- and post-solution activity.” Judge Moore, who dissented in the original panel, argued that the majority set forth a new test that would make courts significantly more likely to find patents directed to ineligible subject matter. This was in part because the majority required the patentee to demonstrate how it achieved the claimed result of attenuating driveline vibrations, which Judge Moore labeled “enablement on steroids,” and in part because the majority allowed for a finding of ineligibility when a patent does not actually claim the natural law that it is purportedly “directed to.”

In its Supreme Court briefing, American Axle stated that the patent system was “desperate for… guidance” that would clarify this area of law, pointing to the evenly-split Federal Circuit opinion and statements from USPTO directors, industry leaders, and the SG for support. It claimed that the invention at-issue “is the type of invention that has been eligible for patenting since the dawn of patent law in the United States,” and that the petition should be granted so that the majority’s approach does not prevent these types of inventions from being patent-eligible. In its briefing, Neapco downplayed American Axle’s concerns about the state of patent ineligibility law, noting that the Federal Circuit’s affirmance rate for patent ineligibility cases is higher than the average rate for all other issues it decides. It also noted the advantages of the current legal framework and the risks of upending settled law.

While the Court has not yet granted American Axle’s petition, there are clearly a number of stakeholders who believe it’s time for it to weigh in again on patent ineligibility. Perhaps an affirmative recommendation from the SG will provide the impetus needed for the Court to add a second IP case to its 2022 calendar to address this issue.

Zachary Murphy Zachary Murphy is an Associate with Womble Bond Dickinson (US) LLP, where he focuses his practice on intellectual property litigation as well as patent prosecution and litigation. Prior to joining [...see more]