Christmas 2021: Iconic Patented Toys and Games Update – and Trademarks Too! 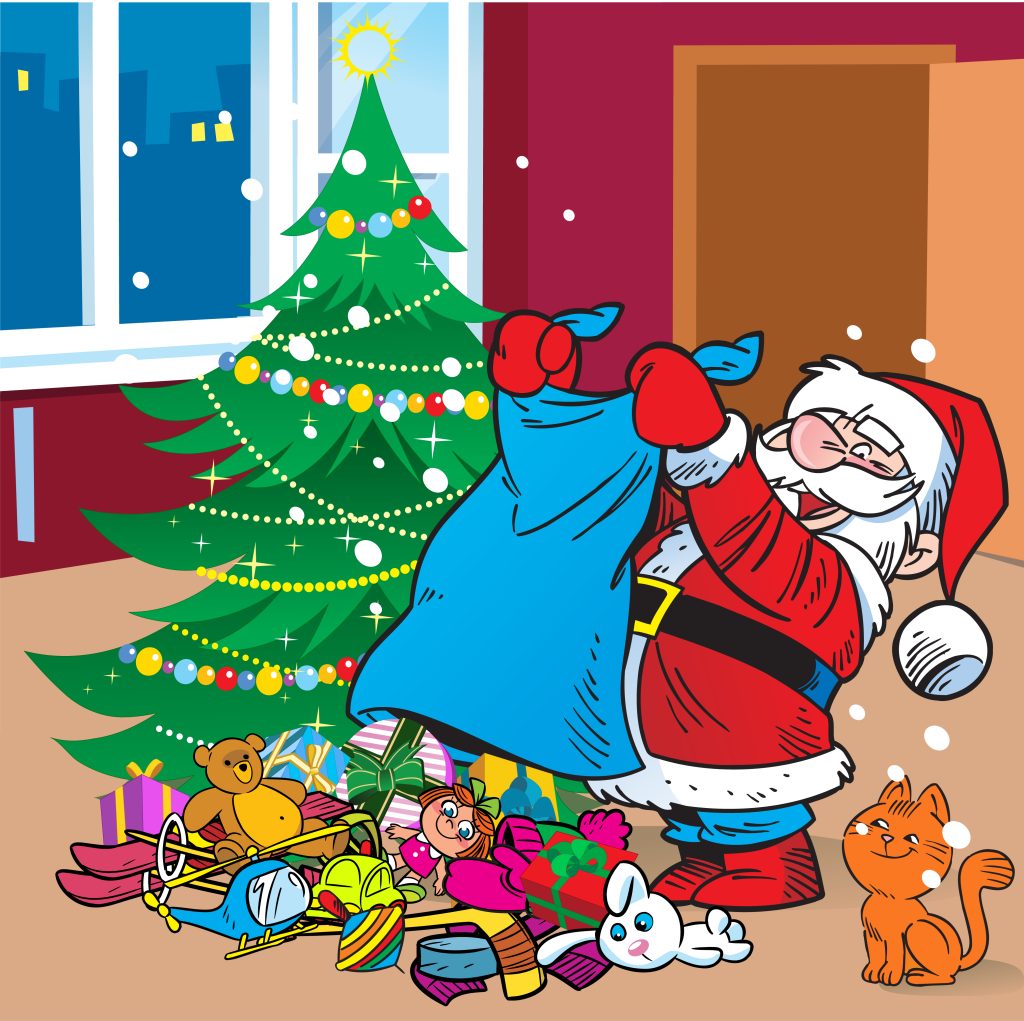 Its Christmas time again and IPWatchdog is back at it, compiling a list of iconic patented toys and games. This year, we have added some iconic trademarks to round out the list. This tradition was originally made popular in 2018, and updated in 2019, with a holiday feature by IPWatchdog Founder Gene Quinn: The Most Iconic (and Patented) Toys and Games of All Time. The original post included iconic toys such as “the Video Game Console, Barbie doll, Monopoly, Rubik’s Cube, Battleship, Super Soaker, Hoola Hoop, Slinky, Play-Doh, Easy Bake Oven, Game-Boy Frisbee, YoYo, Lego blocks, Transformers, Tricycles, Bicycles, Scooters, Tonka trucks, Rocking Horse, Twister, Simon, Magic 8 Ball, Erector Set, Etch A Sketch, Bunch-o-Balloons and Mr. Potato Head.” Last year, an updated list was published: More Iconic (and Patented) Toys and Games: A 2020 Update, including updates to the prior list such as the Red Ryder BB gun, Teddy Ruxpin, Little Tykes Toy Coupe, Koosh Ball, Furby, Mousetrap Game, Lite-Bright, Stretch Armstrong, Lincoln Logs, and Skip-It.

Here are a few more that have brought smiles to the faces of so many on Christmas Day over the years.

Elf on the Shelf 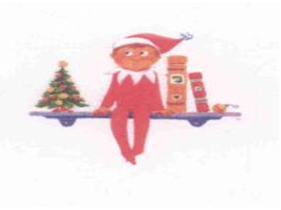 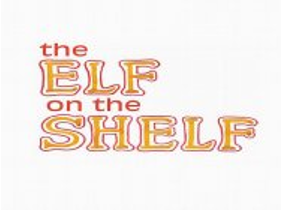 According to tradition and the story the accompanies the Elf on the Shelf doll, the elves are Santa’s helpers, and they keep an eye on children and report back to Santa each night when they fly back to the North Pole. Each morning, children are delighted to wake up to find their elf in a new spot in the house. Parents have become an active part of the tradition by “helping” the elves find new places to hide or play around the house. Countless articles have been devoted to ideas for making your Elf on the Shelf the most interesting elf in the neighborhood, such as making your elf a sled out of candy canes or tangling your elf up in dental floss. 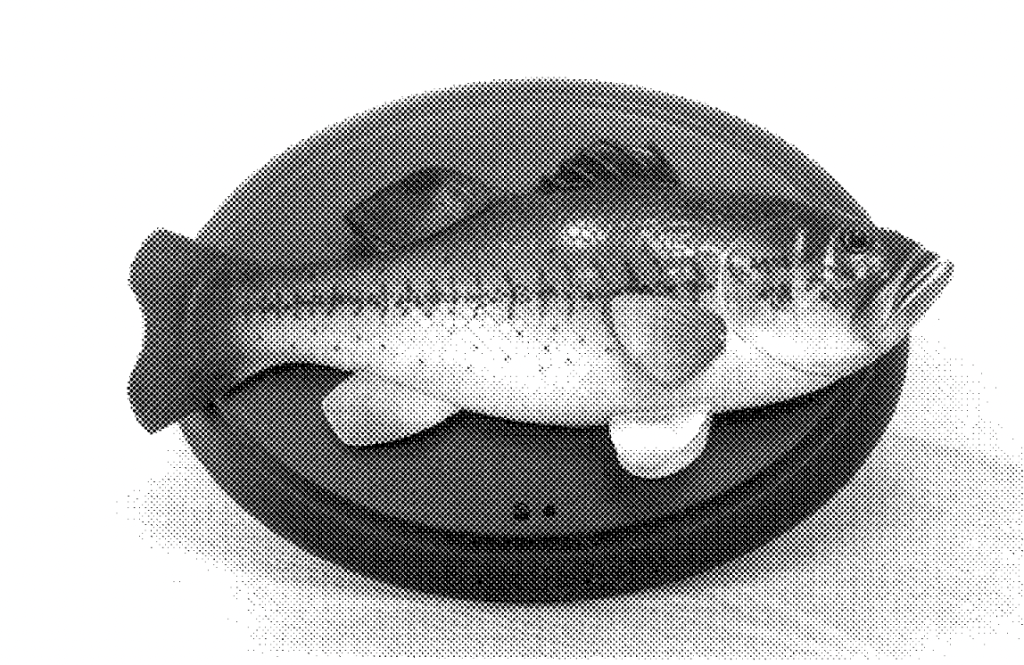 In the late 1990s and early 2000s, it was rare to find a person who did not know of or own a mechanical singing fish mounted on a plaque. Those who were very lucky even woke up on Christmas morning to find one under the Christmas tree!  The one pictured to the left was the subject of U.S. D440,525, issued April 17, 2001 to Think Tek, Inc. Think Tek’s mechanical mounted fish was marketed as the Boogie Bass and sung songs and played back phrases while moving around and opening and closing its mouth. Several other similar products were introduced around the same time period, but none of them, including Think Tek’s patented version, was nearly as popular as the Big Mouth Billy Bass, which is protected by trademark Registration No. U.S. 4,944,012. Big Mouth Billy Bass is arguably the most successful product ever produced by Gemmy Industries. The animatronic singing fish played Al Green’s “Take Me to the River” and “Don’t Worry, Be Happy.” According to an interview statement by Al Green, the use of his song in the popular singing fish had earned him more royalties than any other recorded versions of the song. 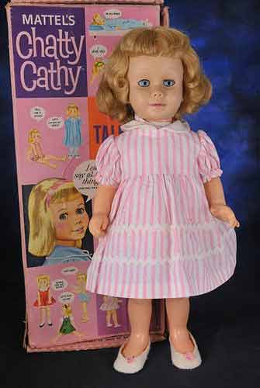 No list of iconic toys is complete without a talking doll! The Chatty Cathy Talking Doll was introduced in the early 1960s and was marked with patent number U.S. 3,017,187, titled “Multiple Speech Phonograph.”  The patent related to a phonograph that may be embodied in a doll. According to the patent, a child may cause the doll to speak or pronounce a number of different sentences by pulling of a drawstring. The first Chatty Cathy Talking Doll had blue eyes and blonde hair and she randomly recited 11 phrases, such as “I love you,” and “Tell me a story.”  Such talking dolls have been the subject of many little girls’ dreams (and possibly some nightmares as well). Recently, Chatty Cathy served as the inspiration for a talking doll character named Gabby Gabby in Toy Story 4. Gabby Gabby had a dark side that is said to be inspired by another spin off of Chatty Cathy, an evil doll named Talky Tina, who appeared in a 1963 “Twilight Zone” episode. Chatty Cathy is also the subject of several dead trademarks and one pending U.S. Trademark Application, U.S. 88,620,210. 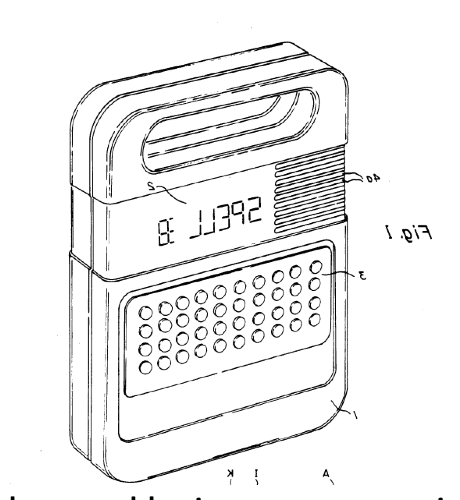 The Speak & Spell was created by Texas Instruments and sold between 1978 and 1992. U.S. Patent No. 4,516,260 for an “Electronic Learning Aid or Game Having Synthesized Speech” is one of Texas Instrument’s patent’s directed to the Speak & Spell. What began as a three-month feasibility study with a $25,000 budget became the invention of the Speak & Spell, “marked the first time the human vocal tract had been electronically duplicated on a single chip of silicon” and a primitive version of the synthetic speech technology that drives things like Alexa today. The Speak & Spell remained poplar throughout the late 1970’s and 1980’s and was boosted by its appearance in the movie “E.T. the Extra-Terrestrial” where it was used by E.T to “phone home.”

For over 50 years, the perfect gift for any energetic and determined child has been a pogo stick. The first modern two-handed pogo stick was issued in February 1955 to G.B. Hansburg as U.S. Patent No. 2,793,036. The object of the ‘036 invention was to provide a pogo stick that was “neat, compact and durable and not likely to become deranged even with long use, which may be made from relatively inexpensive components and readily assembled at low cost, and which in addition to functioning in the manner of a conventional pogo stick, may readily be set for adjustment of its recoil to an amount which depends upon the weight of the user, to prevent injury to the latter due to excessive recoil action.” 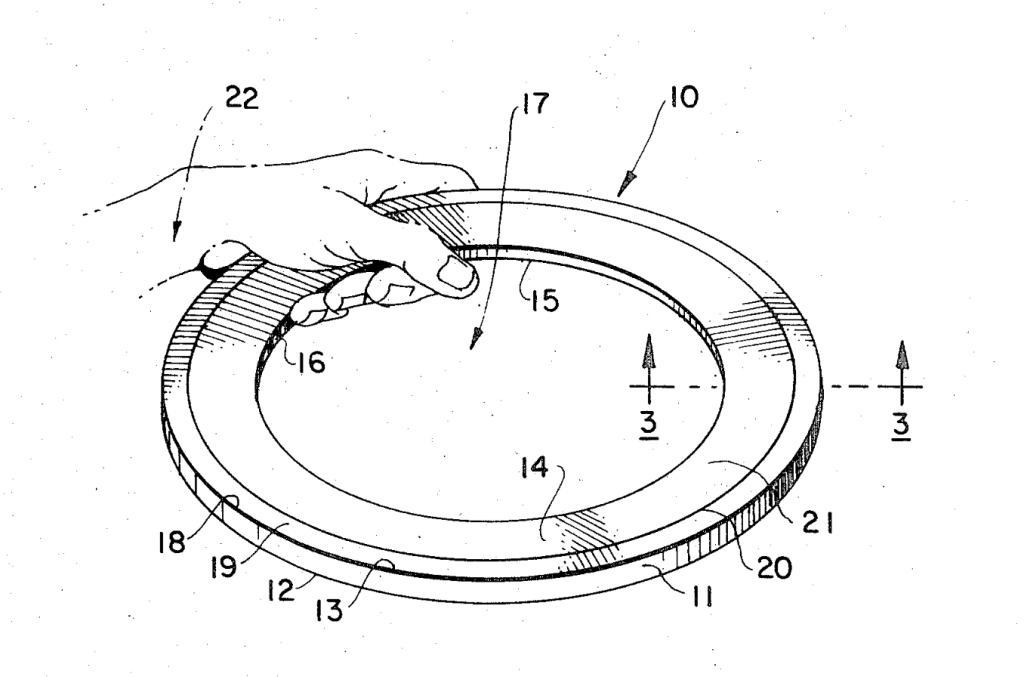 The flying ring, patented on October 16, 1973 as U.S. Patent No. 3,765,122, is a ring shaped flying toy including an annular skirt and a central circular opening. When the ring is “tossed by a person and caused to spin about its axis while traveling through the air, an air stream flowing over the toy’s leading edge will be guided by the deflector surface downwardly into the central opening and thereafter directed beneath the toy’s trailing edge to support the trailing edge in flight.” 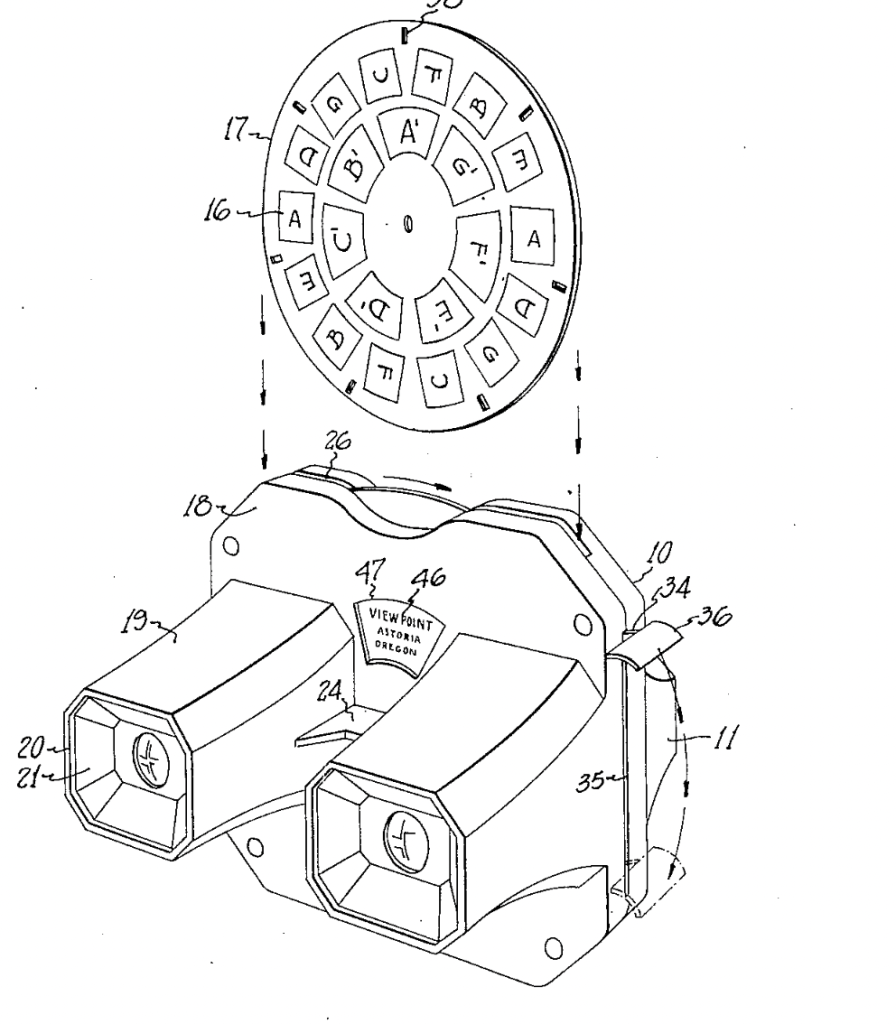 Originally, the View-Master was developed as much for adults as for children. The device described in U.S. Patent No. 2,189,285 was marketed from 1939 to 1950 and was sold alongside View-Master reels, which featured scenery of interest to adults. Claim 1 of the ‘285 patent recited, in part, “[a] disk … having fourteen windows formed therein in each of which is mounted a transparency, means for viewing a pair of diametrically opposite transparencies simultaneously, means for moving said disk to expose in alternate succession whereby a cycle of views can be shown in repeated succession without inversion.”  In the late 1940s the View-Master Model C was marketed towards children and was the subject of U.S. Patent No. 2,511,334, titled “Stereoscopic Viewer.” The ‘334 patent issued to Wilhelm Gruber in June 1950. The patent was directed to “a stereoscopic device adapted for viewing stereoscopic pictures arranged in circular or disc form, whereby the disc can be inserted and removed with a minimum amount of effort, skill or care on the part of the user.” In particular, the device was designed to be easy to use for a child. View-Masters continue to delight adults and children alike and are still available from many retailers. 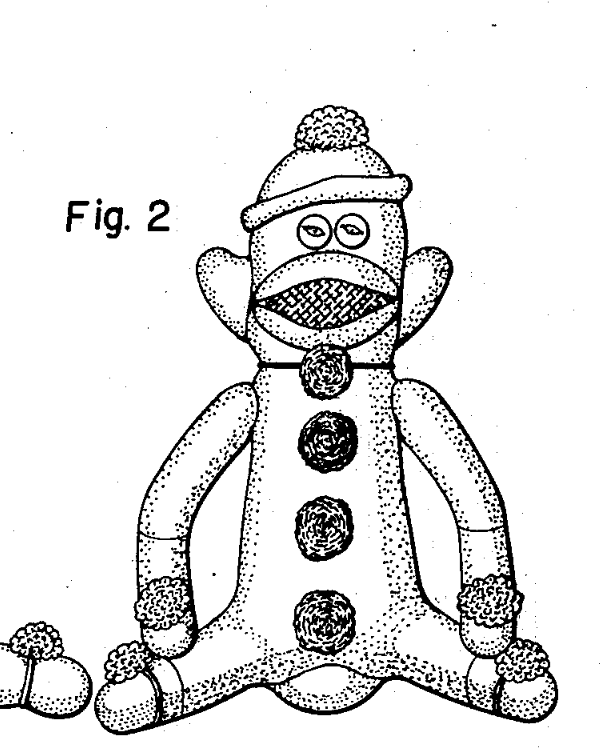 The Sock Monkey has been an iconic toy for generations, and was made using a particular type of socks called “Nelson Red Heel Rockford Socks,” for which Nelson Knitting Company was awarded trademark Serial No. U.S. 71,532,152. On July 14, 1953, Helen Cooke was awarded Design Patent No. 170,008 for a sock doll design, which claimed the classic Sock Monkey. Cooke filed suit against a man named Stanley Levy for selling dolls of a design not made by Cooke. Levy contacted Nelson Knitting Company and the Company gathered evidence that others had been making similar dolls for over two years prior to the filing of Cookes’ patent. Cooke eventually settled the case against Levy and sold the sock monkey doll patent to Nelson Knitting for $750 in 1955. Nelson began including instructions for making the Sock Monkey on every package of Rockford Red Heel Socks. 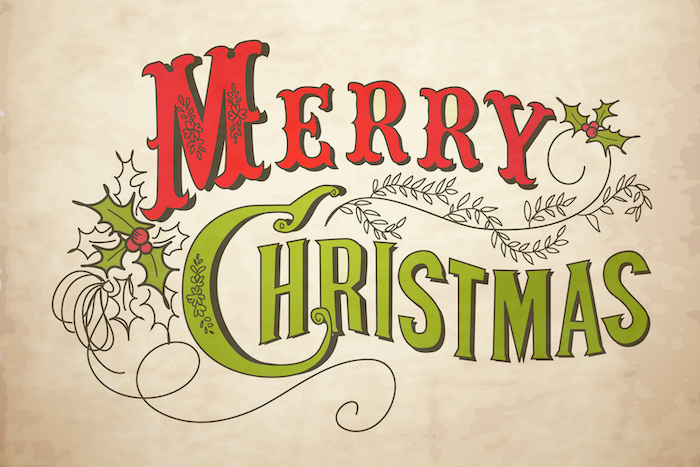