Trademark, Design and Copyright Landmarks in Europe During 2021 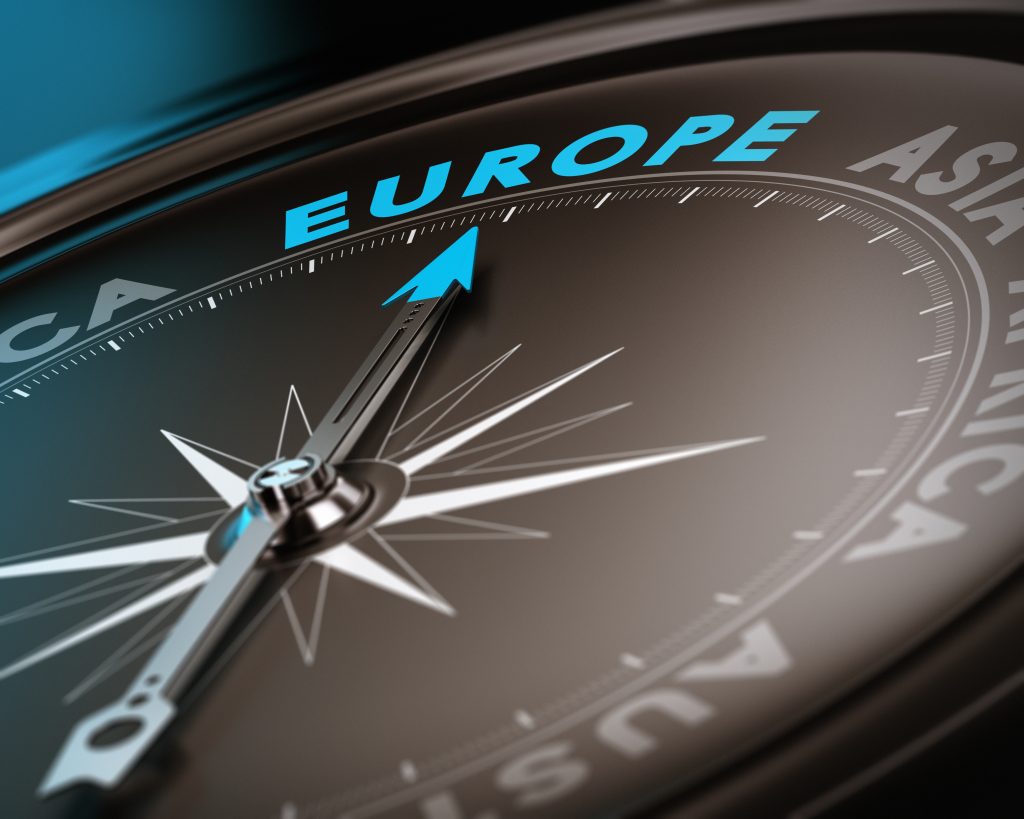 Last week, IPWatchdog selected five significant patent developments in Europe, examining what has happened this year and what can be expected in 2022. Here, we review five of the top trademark and copyright decisions and legislative changes across Europe and what’s coming up in the new year.

1) No Monopoly for MONOPOLY

One of the most significant trademark decisions of 2021 came in a case over Hasbro’s EUTM registration for MONOPOLY. The registration, for goods and services in classes 9, 16, 28 and 41, was declared invalid by the EUIPO Second Board of Appeal on the basis that Hasbro had acted in bad faith. On April 21, the EU General Court upheld that decision. (Case T?663/19, Hasbro, Inc. v EUIPO/Kreativni Doga?aji d.o.o., reported on IPWatchdog here.)

Referring to earlier EUTM registrations filed by Hasbro for MONOPOLY, the Court said that “the aim of the applicant’s repeat filing was, inter alia, by its own admission, that of not having to prove use of the contested mark, thus extending, with regard to the earlier marks, the five-year grace period.” The Court particularly criticized the testimony of one Hasbro representative who had said that “being able to rely upon one registration without the need to prove use” was a benefit of refiling.

Hasbro sought to take the case to the Court of Justice of the EU (CJEU), but in an order dated December 1 the Court refused to allow the appeal to proceed on the basis that it did not raise an issue “that is significant with respect to the unity, consistency or development of EU law.” The General Court’s decision is therefore final. (Case C-373/21.)

Coming up: While this case is now closed, issues concerning genuine use of EUTMs, bad faith and so-called evergreening are increasingly coming before the courts in Europe. Similar issues were also addressed in the Sky v SkyKick case, which was finally resolved in the England and Wales Court of Appeal this year. This may in part reflect concerns about the cluttering of trade mark registers in Europe, and the difficulty of clearing new trademark applications. (See “Is Europe Running Out of Trademarks?”)

The MONOPOLY case also illustrates an important trend in the EU courts. While in theory there remain four instances (first instance, Board of Appeal, EU General Court and CJEU) for EUTM and registered Community design cases, the CJEU now applies a very strict filter, and it will accept few if any appeals. That means that the EU General Court is effectively the final stop, even in high-profile cases such as this one—something that parties need to factor into their litigation strategy.

2) No Pressure on Pirelli 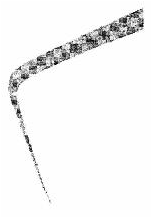 One trademark case that did make it to the CJEU (as the appeal was filed before the rules changed) concerned Pirelli’s trademark (pictured) which was registered for tires, rims, inner tubes etc in class 12. (Joined Cases C-818/18 P and C-6/19 P Yokohama Rubber v Pirelli Tyre and EUIPO v Pirelli Tyre.)

At EUIPO, the mark was declared invalid on the ground that it consisted exclusively of the shape of the goods concerned necessary to obtain a technical result. However, the EU General Court overturned that decision, and in June the CJEU upheld its ruling in favor of Pirelli.

The CJEU said the General Court was entitled to find that the mark did not represent the goods covered by it or a tire tread and that “that sign is only a very limited part, namely a single groove, of another part, namely a tyre tread.” The General Court had found that “such a tyre tread is formed of multiple interlacing elements and is itself a part which, together with other parts, particularly sidewalls, constitutes the goods covered by the mark at issue.”

Coming up: Despite making up a relatively small proportion of EUTM applications, figurative marks, shape marks, and position marks constitute many of the cases that make it to the EU courts. EUIPO is known for taking quite a strict approach to such applications, but as this case demonstrates the courts are sometimes more lenient.

More cases on non-traditional marks are likely to come up following changes introduced in 2017 to remove the graphical representation requirement for EUTMs and set out guidance for different types of marks, including position, pattern, motion and multimedia marks.

In one of the most interesting design cases this year, the CJEU ruled for the first time on when component parts of a product can be protected as unregistered Community designs (UCDs). (Case C-123/20 Ferrari SpA v Mansory Design Holding GmbH, WH.) UCDs are popular in Europe for protecting designs that are short-lived or seasonal, such as those in the fashion industry.

The question actually arose in a dispute concerning a Ferrari car, the Ferrari FXX K model, which was presented to the public in December 2014. Ferrari alleged that Mansory Design (and Mansory’s CEO) infringed its UCDs by marketing kits of components (i.e. visible body panels) to alter the appearance of another Ferrari car to make it look like an FXX K.

Answering two questions referred from the German Federal Court of Justice, the CJEU said the requirement to identify the subject matter of protection “does not imply an obligation for designers to make available separately each of the parts of their products.” Therefore, the making available of images such as those in this case entails the making available of a design “provided that the appearance of that part or component part is clearly identifiable at the time the design is made available.”

If, as in this case, the design is made available through images, the features that are claimed must be “clearly visible.” To examine whether the appearance satisfies the condition of individual character, therefore, “it is necessary that the part or component part in question constitute a visible section of the product or complex product, clearly defined by particular lines, contours, colours, shapes or texture.”

Coming up: Both registered and unregistered design rights are popular in Europe and can provide cheap, quick forms of protection for everything from logos to buildings. However, the European Commission believes there are a number of shortcomings in the relevant legislation, and is reviewing it.

Following the publication of a roadmap at the end of 2020 and a public consultation from April to July 2021, the Commission plans to publish its proposals in the second quarter of 2022. However, the timing has slipped several times and may do so again.

It may seem a long time ago now, but January 1 2001 marked the end of the transition period following the UK’s departure from the EU. The most immediate impact of the change was the creation of new comparable UK registered trademark and design rights derived from EUTMs and RCDs—a process that largely went very smoothly.

However, several areas of uncertainty remain.

One concerns cases that involve questions related to EU Directives and precedents, and the power of the higher courts to depart from them. One such case involved alleged copyright infringement by TuneIn Radio. (Tunein Inc v Warner Music UK Ltd & Anor [2021] EWCA Civ 441.) This required consideration of 25 CJEU judgments, and the Court of Appeal decided that, though it had the power to depart from them, it should not do so. The case, said Lord Justice Arnold, “should be decided by reference to the principles established by the jurisprudence of the CJEU.”

Another area where questions remain is exhaustion of rights. Following Brexit, the UK government decided that parallel importation of goods that have been first sold in European Economic Area (EEA) countries would be permitted—but this was only a temporary solution. In the summer, it carried out a consultation on the future exhaustion regime, inviting comments in particular on four options: (1) unilateral EEA or UK+ (the status quo); (2) national exhaustion; (3) international exhaustion); and (4) mixed (treating different IP rights, goods or sectors differently).

Coming up: The outcome of the consultation on exhaustion is eagerly awaited, as the regime that is adopted will impact various sectors of the economy. However, the decision is complicated as no option is likely to please everyone, and it is also political given the special treatment provided to Northern Ireland in the Northern Ireland Protocol. Meanwhile, as the UK is no longer in the EEA, businesses can no longer export IP-protected goods from the UK to EEA countries without the rights holder’s consent.

The liability of platforms and marketplaces for infringements carried out on their sites continues to vex Europe’s legislators and courts.

A judgment of the CJEU Grand Chamber in June concerned the liability of providers under the InfoSoc Directive and the safe harbor provided in the E-Commerce Directive. (Joined Cases C-682/18 YouTube and C-683/18 Cyando.)

The Court said that operators of online platforms do not, in principle, make a communication to the public of copyright-protected content illegally posted by users but they do make such a communication where they contribute to giving access to such content to the public. It ruled that, under Article 3(1) of the InfoSoc Directive, “giving access to content” can include: having knowledge of illegal content, not putting in place appropriate technological measures, selecting illegal content, providing tools for sharing illegal content or knowingly promoting such sharing.

In the meantime, the deadline for EU Member States to implement the Directive on Copyright in the Digital Single Market (Article 17 of which concerns liability of online content-sharing service providers) passed on June 7, 2021. However, only a handful have done so.

Coming up: The law is advancing fast in this area. While most member states have still to implement the Copyright Directive, the EU is pressing ahead with new legislation comprising the Digital Services Act and Digital Markets Act. These further regulate the liability of platforms for illegal content, and provide for stiffer penalties, including fines of up to 6% of global turnover.

Ministers approved the latest versions of both Acts in November. The approval came after the Internal Market and Consumer Protection Committee of the European Parliament adopted its position. Further discussions with the Parliament and Commission are expected to take place during the first half of 2022.