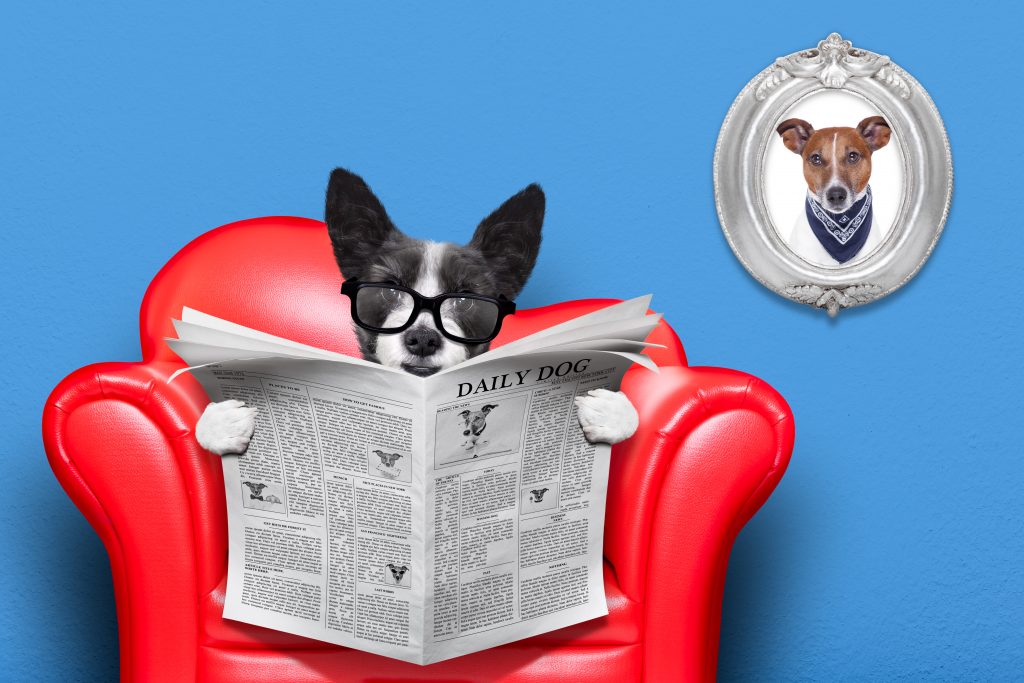 This week in Other Barks & Bites: a recent GAO report makes several recommendations designed to improve the Department of Defense’s lack of expertise in IP valuation and licensing; The U.S. Copyright Office is studying and requesting comment on a proposal to defer registration examination; a bipartisan group of Senators introduce a new bill that would require social media companies to provide data to NSF-vetted independent researchers; Toyota Motor announces that it will shutdown production at two Japanese facilities due to labor and supply chain issues; the Warhol Foundation files a petition for cert to appeal the Second Circuit’s ruling that Andy Warhol’s Prince series was not a transformative fair use of the original photograph; the Supreme Court denies a petition for cert asking the Court to answer whether the foreign doctrine of equivalents applies to terms that are generic in other English-speaking countries; the Federal Circuit reverses an infringement verdict in favor of AstraZeneca over Judge Taranto’s dissent that the majority improperly construed a claimed percentage of excipient used in an asthma treatment; and China’s IP administration announces that it has received 815,000 irregular patent applications during 2021, the vast majority of which have been struck upon review.

Copyright Office Studies Option to Defer Examination – The U.S. Copyright Office on Friday, December 10, published a Federal Register notice announcing “a study to evaluate the merits of providing an option to defer its examination of copyright registration application materials until examination is later requested by the applicant.” The notice comes in response to a May 24 letter from Senator Thom Tillis (R-NC) to Register of Copyrights Shira Perlmutter asking the Office to conduct studies on the feasibility of decoupling Section 407 “best edition” deposit requirements from Section 408 copyright registration requirements to permit low-resolution digital deposits, the feasibility of deferring examination of applications for copyright registration so applicants can benefit from earlier effective filing dates, and to provide a report on the Office’s ongoing study on the definition of “publications” in the modern context. The Office is requesting written comments from the public.

Warhol Foundation Seeks SCOTUS Review of Second Circuit’s Transformative Fair Use Ruling – On Thursday, December 9, the Andy Warhol Foundation filed a petition for writ of certiorari with the U.S. Supreme Court asking the nation’s highest court to take up an appeal challenging the Second Circuit’s ruling that a series of portraits of famed American pop star Prince was not a transformative fair use because the original Prince photograph remained “the recognizable foundation upon which the Prince Series was built,” which the Warhol Foundation argues creates a circuit split with other circuits that find a transformative use when a work conveys a different meaning or message from the source material.

CAFC Reverses Infringement Verdict for AstraZeneca Over Judge Taranto’s Dissent on Claim Construction – On Wednesday, December 8, the U.S. Court of Appeals for the Federal Circuit issued a precedential decision in AstraZeneca AB v. Mylan Pharmaceuticals Inc. in which the appellate court reversed an infringement finding from the Northern District of West Virginia after disagreeing with the district court’s construction of the claimed amount of a particular excipient used in an inhaler product for treating asthma. Circuit Judge Richard Taranto penned a dissent arguing that the panel majority was wrong to construe “0.001%” as meaning precisely 0.001 percent of the excipient with only minor variations as opposed to its significant figure meaning, which covers an interval range from 0.0005 percent to 0.0014 percent.

CNIPA Announces 815,000 Irregular Patent Applications Filed Through 2021 – On Wednesday, December 8, the leadership of China’s National Intellectual Property Administration (CNIPA) held a regular press conference during which a spokesperson for the agency announced that the agency has received 815,000 irregular patent applications so far through 2021, with 93.1 percent of such applications being struck following review. The CNIPA also announced that it had found 376,000 malicious trademark application filings during the year as well.

CAFC Says PTAB Applied Proper Reasonable Likelihood of Success Standard, Nixing Teva Appeal – On Tuesday, December 7, the Federal Circuit issued a precedential decision in Teva Pharmaceuticals USA, Inc. v. Corcept Therapeutics, Inc. with an opinion penned by Chief Judge Kimberly Moore, in which the appellate court dismissed an appeal by Teva after finding that the Patent Trial and Appeal Board (PTAB) had applied the proper standard requiring Teva to show a reasonable likelihood of success for administration of a treatment for Cushing’s disease over Teva’s arguments that the PTAB had required precise predictability in achieving the claimed invention in light of the prior art.

DOJ’s Antitrust Division Issues Draft Policy Statement on SEP Remedies – On Monday, December 6, the U.S. Department of Justice’s Antitrust Division issued a draft policy statement on licensing negotiations and remedies for standards-essential patents (SEPs) subject to voluntary fair, reasonable and non-discriminatory (FRAND) licensing obligations which has allayed fears that the Biden Administration would return to a previous policy statement issued in 2013 which said that injunctions could be “inconsistent with the public interest,” although some critics have taken issue with the recent statement’s endorsment of the eBay v. MercExchange standard of equitable relief for patent infringement.

Supreme Court Denies Appeal in “UGG” Boot Genericism Trademark Case – On Monday, December 6, the U.S. Supreme Court issued an order list in which the nation’s highest court denied a petition for writ of certiorari filed by Sydney, Australia-based bootmaker Australian Leather seeking review of the Federal Circuit’s summary affirmance of a district court’s ruling that, although “UGG” is a generic mark in Australia for a particular style of sheepskin boots, the doctrine of foreign equivalents didn’t apply because Australia is an English-speaking nation and the shoe consuming public in the U.S. was not aware of the mark’s generic use in Australia.

GAO Report Finds That DoD Must Improve How It Approaches Intellectual Property – On Tuesday, November 30, the U.S. Government Accountability Office (GAO) issued the findings of a report on the U.S. Department of Defense’s (DoD) activities in acquiring and licensing intellectual property, finding that the nation’s military department should provide more support for permanent full-time positions within the agency’s IP Cadre instead of temporary positions, and that the DoD needs to improve its expertise on IP valuation and financial analysis.

EUIPO Report Shows Digital Piracy Down in EU Despite Slight Uptick in Early 2020 – On Thursday, December 9, the European Union Intellectual Property Office (EUIPO) issued the results of a study of online copyright infringement of music, TV and films from 2017 to 2020 showing that, despite a slight uptick in piracy rates during the first few months of the COVID-19 pandemic, digital piracy across EU member states declined by 20 percent in 2018, 6 percent in 2019 and another 34 percent in 2020.

Nike Files Section 337 Complaint Over Adidas Knitted Footwear at USITC – On Thursday, December 9, the U.S. International Trade Commission announced that it had received a complaint from American footwear giant Nike seeking a Section 337 investigation into alleged infringement of patent rights by certain knitted footwear products imported into the U.S. for sale by German sportswear firm Adidas.

Copyright Office Issues NPRM on Active Proceedings and Evidence at the CCB – On Wednesday, December 8, the U.S. Copyright Office issued a notice of proposed rulemaking in the Federal Register to establish rules governing active procedures at the Copyright Claims Board (CCB), including rules governing joinder, scheduling, discovery, written testimony, hearing, settlement, conduct of the parties and post-determination procedures.

USPTO Issues NPRM Amending Date of Receipt Rules to Prepare for New Server Locations – On Tuesday, December 7, the U.S. Patent and Trademark Office issued a notice of proposed rulemaking in the Federal Register which would amend rules governing the official date and time of receipt for electronic submissions to the agency as it prepares to receive electronic submissions at server locations that are situated outside of the agency’s main campus in Alexandria, VA.

USPTO Invites Comments on Info Collections for AIA Trials and Derivation Proceedings – On Tuesday, December 7, the USPTO issued a request for comment in the Federal Register seeking public comments to evaluate the agency’s information collection procedures currently required of those who are petitioning the PTAB for validity trials under the America Invents Act, including inter partes review (IPR), post-grant review (PGR) and covered business method (CBM) review proceedings, as well as derivation proceedings conducted at the Board.

Sixth Circuit Finds No Misappropriation of Alleged Trade Secret By Third-Party’s Subpoena Response – On Monday, December 6, the U.S. Court of Appeals for the Sixth Circuit issued a ruling in Magnesium Machine, LLC v. Terves, LLC, which was appealed from a discovery dispute in a patent infringement case, in which the appellate court found no misappropriation of any information alleged by Magnesium Machine to constitute a trade secret as the information was provided to Terves by a third party in response to a subpoena request, ruling that the putative trade secret was not acquired by Terves through improper means nor did Terves further use or disclose the putative trade secret.

Kimberly Isbell to Serve Copyright Office as Interim General Counsel and Associate Register – On Monday, December 6, the U.S. Copyright Office announced that Kimberly Isbell, who has served the Office as Deputy Director of Policy and International Affairs since September 2019, has been appointed to serve as Associate Register of Copyrights as well as Acting General Counsel, a position she will serve on an interim basis as the agency searches for a permanent general counsel.

Austria Ratifies PPA in Latest Step Towards Establishing EU’s Unified Patent Court – On Thursday, December 2, the Austrian Parliament officially ratified the Protocol to the Agreement on a Unified Patent Court (PPA), becoming the 13th European Union member state to ratify the agreement and the last EU member required to enact the Unified Patent Court, which will have specialized jurisdiction in patent matters across the EU, by spring 2022.

Toyota Halts Production at Two Japanese Plants, Reiterates Goal of 9M Vehicles in FY2021 – On Thursday, December 9, Reuters reported that spokespeople from Japanese automaker Toyota Motor Company indicated that the company would be halting production at two production facilities in Japan due to labor shortage and supply chain issues. Despite the shutdown, the company still expects to hit its goal of producing 9 million vehicles by the end of the 2021 fiscal year in March 2022.

Oracle Beats on Quarterly EPS and Revenue But Posts Net Loss on Payment Over Hurd Judgment – On Thursday, December 9, computer technology firm Oracle reported earnings for the fiscal year’s second quarter in which it beat analyst expectations on earnings per share ($1.21 EPS versus $1.11 expected EPS) and revenues ($10.36 billion versus $10.21 billion expected). Despite this, the company posted a net loss of $1.25 billion on the quarter in large part owing to a payment made pursuant to a judgment in an employment dispute involving former CEO Mark Hurd.