“[Cellspin Soft’s appeal] underscores the need for the Biden Administration to ensure that his nominee for USPTO Director is confirmed as soon as possible.” 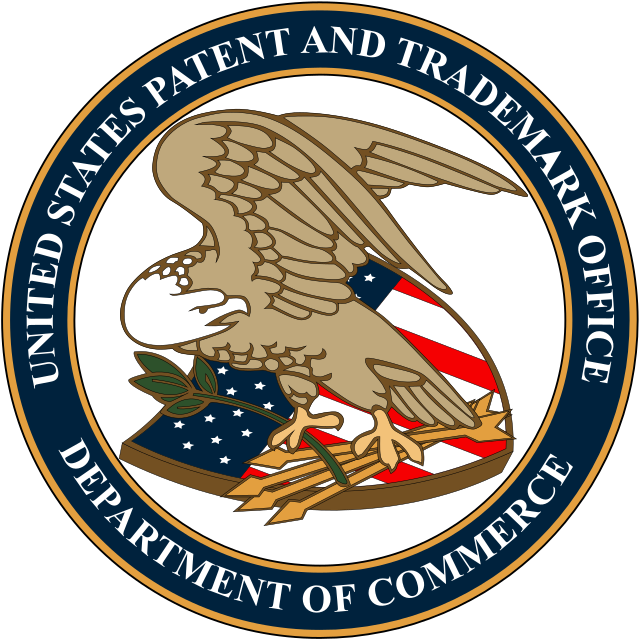 Last week, patent owner Cellspin Soft filed a citation of supplemental authorities with the U.S. Court of Appeals for the Federal Circuit (CAFC) asking the appellate court to either vacate or reverse an order from the U.S. Patent and Trademark Office (USPTO) denying Director review following a pair of inter partes review (IPR) proceedings conducted at the Patent Trial and Appeal Board (PTAB). Cellspin Soft is challenging the USPTO’s denial as invalid both under the Administrative Procedures Act (APA), as well as under the U.S. Supreme Court’s precedent in United States v. Arthrex (2021).

Cellspin had filed requests seeking Director review of a pair of final written decisions invalidating all challenged claims of U.S. Patent No. 9258698, Automatic Media Upload for Publishing Data and Multimedia Content. It claims a machine-implemented method of media transfer utilizing a digital data capture device and a Bluetooth-enabled mobile device for publishing multimedia content automatically onto a website with minimal user intervention. Issued to Cellspin Soft in February 2016, the ‘698 patent has been asserted in infringement suits filed in U.S. district courts against several defendants including Panasonic, GoPro, Garmin, Nikon, Canon and Eastman Kodak.

On October 30, 2018, two IPR petitions were filed at the PTAB challenging claims of the ‘698 patent by Panasonic Corporation and Canon USA. Two other IPR petitions were filed by GoPro and Garmin and those IPRs were instituted and then terminated after the PTAB approved motions to join GoPro and Garmin to both of the two previous IPRs on the ‘698 patent. In a pair of final written decisions issued in late April 2020, the PTAB found that all challenged claims in both the Panasonic and Canon IPRs were unpatentable as obvious in light of the asserted prior art. The PTAB also denied motions to strike filed by both petitioners and patent owners in those IPRs, including Cellspin Soft’s motion to strike what it alleged were new arguments of unpatentability raised in the petitioner’s reply brief.

Cellspin Soft filed notices of appeal in June 2020 to seek Federal Circuit review of the PTAB’s final written decisions in both the Panasonic and Canon IPRs. In the notices of appeal, Cellspin Soft indicated that it was raising several legal issues with the PTAB’s obviousness determination, including the Board’s use of a novel obviousness theory as well as violations of the Administrative Procedures Act and the Appointments Clause of the U.S. Constitution. Those latter two points are expanded upon in Cellspin Soft’s recent citation of supplemental authorities filed pursuant to Federal Rule of Appellate Procedure 28(j), which authorizes a party who has already filed an appellate brief to present pertinent and significant authorities that later comes to the party’s attention. The filing follows about a week after an order denying Cellspin Soft’s requests for Director review of the final decisions.

Cellspin: Denial Should Be Invalidated for Lack of Sufficient Explanation, Lack of Director Authority

The Appointments Clause arguments brought by Cellspin Soft in the citation of supplemental authorities follow the Supreme Court’s ruling in Arthrex, which was issued this past summer. First, Cellspin Soft argues that there is no indication of the individual who decided that Director review of the final written decisions in question would be denied. Cellspin Soft cites several passages from Arthrex, which held that the unreviewable authority of administrative patent judges (APJs) at the PTAB violated the Appointments Clause and required review of APJ final decisions by the USPTO Director, indicating that the Director would be responsible for review of all final decisions by the PTAB. Cellspin Soft argues that this differs from patents issued by the agency, which are signed by the Director or, as has been the case during the current absence of a USPTO Director, someone with authority at the agency for granting patents.

Further, Cellspin Soft argues that if if the denial was decided by Drew Hirshfeld, currently performing the functions and duties of the USPTO Director, then the denial is invalid under Arthrex because Hirshfeld is not a principal officer of the United States who has been appointed to his position without the advice and consent of the U.S. Senate. This failure to appoint APJs by the Senate’s advice and consent, coupled with the unreviewable authority of APJs, created the constitutional issue under the Appointments Clause that the Supreme Court sought to remedy in its Arthrex decision. Although President Biden has appointed Kathi Vidal to serve as the Director of the USPTO pending her confirmation by the Senate, Hirshfeld was officially the Commissioner of Patents at the USPTO at the time the denial was issued late this November and his authority is arguably not consistent with the constitutional mandate under the Appointments Clause. While the order denying Director review is unsigned, the document does indicate that the matter was before Hirshfeld for his consideration.

Cellspin Soft raises additional arguments under the APA, including the agency’s failure to provide a sufficient explanation for its denial as required by 5 U.S.C. § 555(e). Under this statute, an agency is required to issue a brief statement of grounds for a denial when denying a request by an interested person in an agency proceeding, except where the denial is self-explanatory or is issued in affirmation of a previous denial. The three-page order issued by the USPTO denying Director review simply indicates that review of the IPR final written decisions was the subject of Cellspin Soft’s request, that the request was denied and that the final written decisions in those IPRs are the final decision of the agency.

Can the USPTO Implement an Effective Process for Full Review of PTAB Decisions?

Finally, Cellspin Soft argues that the entire process for Director review of PTAB decisions is procedurally deficient because it was implemented without notice-and-comment rulemaking as required under 5 U.S.C. § 552(a)(1). A similar argument was raised by Google and Apple in a lawsuit filed in U.S. district court challenging the USPTO’s developing of the Fintiv framework for discretionary denials of PTAB trials based on corresponding district court patent litigation. In November, U.S. District Judge Edward J. Davila of the Northern District of California granted the USPTO’s motion to dismiss the case, ruling that recent Supreme Court precedent on the unreviewability of PTAB decisions from cases including Cuozzo Speed Technologies v. Lee (2016) and Thryv v. Click-to-Call Technologies (2020) also extends to discretionary denials of PTAB petitions.

It seems reasonable to suggest that denying review of final PTAB decisions without an explanation doesn’t seem to adhere to the spirit of Arthrex, which sought to increase accountability over APJ decision-making. At the same time, the incredible size of the PTAB’s docket and the large number of PTAB decisions that are appealed would seem to make it impossible for the Director to consider the issues and render a full written explanation on each request for review. The situation underscores the need for the Biden Administration to ensure that his nominee for USPTO Director is confirmed as soon as possible.