“It is foolish and illogical to believe that the PTAB, which, as initially created, allowed for unending serial challenges of patents, is or ever was ‘just right.’” 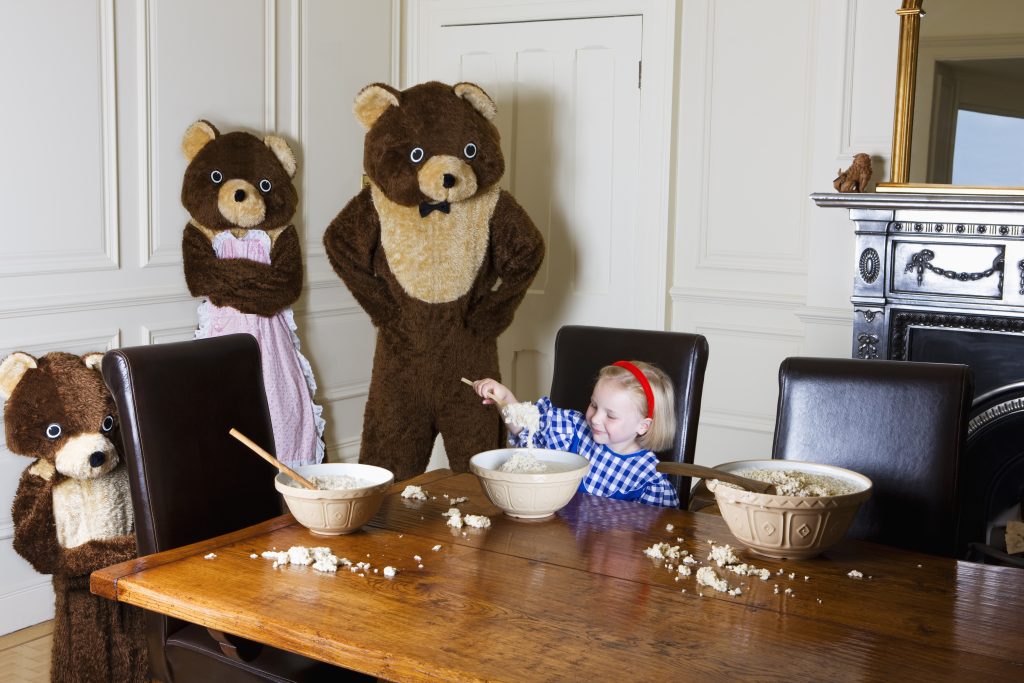 The Patent Trial and Appeal Board (PTAB), created by the America Invents Act (AIA) just over 10 years ago, is the most electrifying lightning rod in the industry. As explained repeatedly by Members of Congress at the time the AIA was enacted, the purpose was to create a streamlined, less expensive, alternative administrative means to challenge the invalidity of issued patents. Sadly, with that being the stated purpose, the creation of the PTAB can be objectively characterized as nothing other than an abysmal failure. What has evolved is anything but streamlined, and certainly not inexpensive, even compared with district court litigation.

Perhaps the best way to characterize the PTAB is by analogizing to the story of Goldilocks and the Three Bears. Those familiar with the famous children’s story know that Goldilocks finds a cabin in the woods owned by three bears, who are not home when she enters uninvited. For starters, Goldilocks is variously unsatisfied with porridge left on the kitchen table, with one bowl being too hot, then another being too cold, before ultimately being satisfied, finally, by a bowl of porridge that is just right. Subsequently, Goldilocks proceeds in search of a seat—the first two chairs were not appropriate, being too large for her small frame, but ultimately one was just right for her stature. Finally, Goldilocks happens upon three beds, the first of which is too hard, the second of which is too soft, the third of which is just right.

It was unrealistic to believe the PTAB would be created without need of some tinkering. The Kappos-era United States Patent and Trademark Office (USPTO) was required to rush the regulations to create three entirely new challenges, as well as an entire code of civil procedure to go along with these new challenges. Ultimately, Director Kappos left the Office soon after the first challenges were filed in September 2012, and while he knew well and explained that changes would be inevitable, no substantive changes occurred until the Iancu era, and now if Senator Patrick Leahy (D-VT) has his way, most, if not all, of those changes will be erased. That would leave us stuck with the same rules that were rushed into being in less than a year to create an entirely new regime to challenge patents. So, Senator Leahy and those supporting the roll back of the Iancu PTAB reforms must believe that the PTAB is not only “just right” but has been “just right” since its inception. Counterfactual, foolish and illogical, but in the world of politics that doesn’t mean the view won’t win the day.

It is foolish and illogical to believe that the PTAB, which, as initially created, allowed for unending serial challenges of patents, is or ever was “just right”. Of course, no serious observer can likewise realistically believe the PTAB will be abolished simply because the PTAB is not now and never has been “just right.”

The PTAB needs serious reform, and it is legitimate to wonder how it is possible that we are a decade into this experiment and the PTAB continues to be a litmus test issue.

If patents are worthwhile and the USPTO is going to continue to issue them, then why at some point don’t challenges cease? What is the value in a right, or government franchise, if it never settles and can be challenged right up until the last day it exists? Does that feel “just right” to anyone? No honest broker or thoughtful observer can possibly think a system that forces a patent owner to win every challenge indefinitely until the last day is “just right”.

As the old saying goes, when you are a hammer the world looks like a nail, and the PTAB is a mighty sledgehammer to rival that of Thor’s hammer Mjölnir itself. Worse, this hammer has been wielded against patent owners for the last decade by some 270 Administrative Patent Judges (APJs), which is roughly triple the size of what the Board of Patent Appeals and Interferences was (the immediate predecessor to the PTAB). The size of the PTAB creates its own, self-fulfilling problem.

It is worth remembering that when the USPTO was creating the rules that would govern trial practice at the PTAB, the Office predicted that there would be approximately 420 inter partes review petitions filed in the first year the PTAB could accept challenges in 2013, and then 500 post grant challenges filed a year by 2015. These estimates were off by a factor of 3.5x. 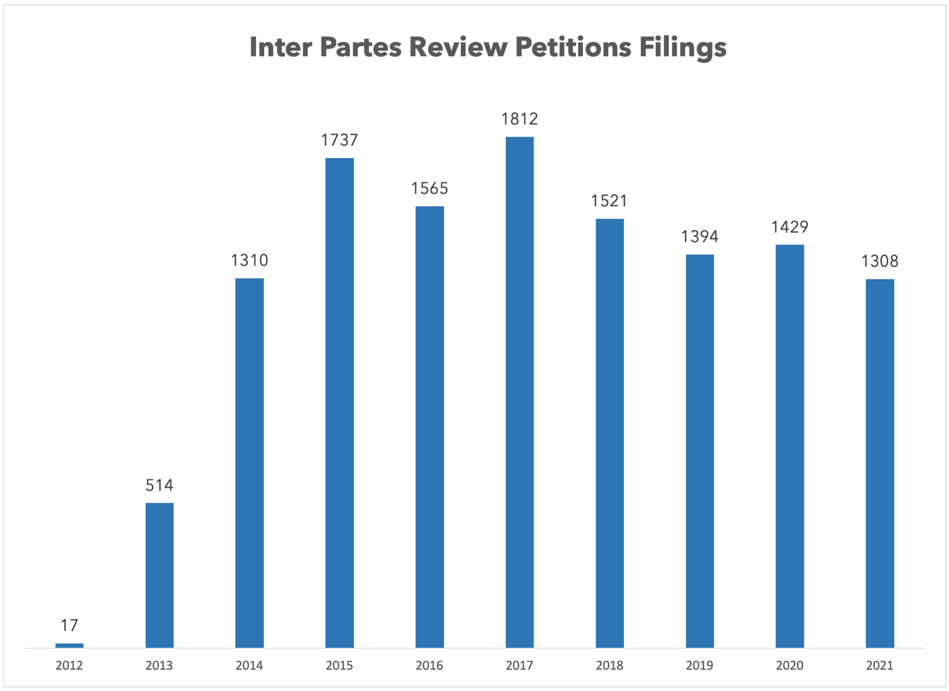 As the chart above shows, by fiscal year 2015, 1,737 IPR petitions were filed, with the peak reaching 1,812 in 2017. In each fiscal year since 2014, there have been over 1,308 IPR petitions filed, which is 2.6x the predicted number of filings. Given the hiring frenzy by the USPTO, it is hardly surprising that the number of IPRs has been dramatically higher than the predictions. This is particularly unsurprising when there is not a central office or panel responsible for deciding whether to initiate IPR proceedings, but instead the decision whether to institute is left to the panel that will ultimately be responsible for deciding any instituted case on the merits. An obvious conflict even if it isn’t a constitutional violation.

As Judge Newman pointed out capably in her dissent in Mobility Workx, LLC v. Unified Patents, LLC, having the same people that will decide the merits decide institution creates a perception of bias, which is as corrosive as actual bias itself. There were real issues of structural bias raised by Mobility, which were disregarded by the majority. These very same concerns were raised by numerous organizations and commentators when the USPTO sought comments, as pointed out by Judge Newman, yet we are supposed to believe that human nature cannot possibly allow its way into even unconscious bias when an APJ will receive the benefit of having reviewed a petition for institution prior to the merits stage and that same APJ faces a work production quota.

Anyone with any common sense, which admittedly isn’t many anymore, must understand it is human nature to make sure you have enough work to justify your job. Here the people who can make sure they have enough work are the very people who will be doing the work! And somehow no one ever asks why all those bright people who created the PTAB in the first place were so wrong about the number of petitioners – by a multiple of 3.5x?

Are we really supposed to believe that APJs would reduce the number of IPRs instituted to the point where their services would be unnecessary? Must we live in a “Monty Python world” at all times where the bizarrely idiotic must be accepted as if it is true without question?

And for goodness sakes, if there isn’t enough time to conduct a real hearing with real life witnesses and tangible evidence, then why would you continue to institute cases? Half measures and partial consideration of rights that the statute likens to property and patent examiners have already reviewed is practically malfeasance. If you don’t have enough time to conduct a property proceeding, then focus on the most egregious cases and institute fewer challenges so appropriate time can be devoted to each case. After all, that is what the industry was told you would do before the great PTAB bait and switch.