Patenting Trends in Emerging Technologies: Blockchain Patents Grow from Three to 2,660 in Less than Five Years

“Patents with ‘blockchain’ in the claims first appeared in 2016, when there were only three….  At the beginning of November in 2021, the total number of blockchain patents was 2,660.” 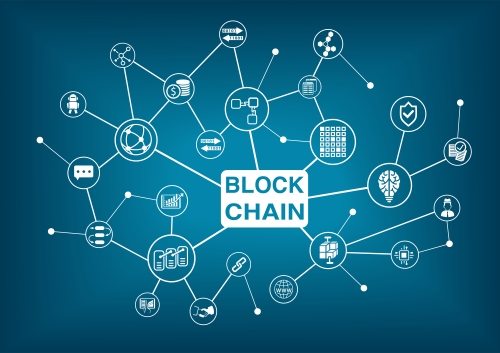 Blockchain’s history begins in 1991, when Stuart Haber and W. Scott Stornetta published a paper describing a cryptographically secured chain of blocks. It took another 18 years before a developer who called himself Satoshi Nakamoto released a white paper that established the model for a blockchain and then, a year later, implemented the first blockchain as a public ledger for transactions using bitcoin.

The engine that runs the bitcoin ledger that Nakamoto designed is called the blockchain; the original and largest blockchain is the one that still orchestrates bitcoin transactions today. Blockchain technology was separated from currency in 2014, and that advance opened the door for using blockchain for applications beyond currency. The standout example is the Ethereum blockchain system, which introduced computer programs in a blockchain format, representing financial instruments such as bonds. These became known as smart contracts.

For readers who want more information, Bernard Marr wrote a 2018 article, “A Very Brief History of Blockchain that Everyone Should Read,” in an issue of Forbes. And Wikipedia has a long and detailed article on blockchain.

When I began to search the USPTO database for “blockchain” in a patent’s claims, I was surprised to find over 2,400 patents. When I searched the USPTO database for three variations on the term “deep learning,” the total was almost 2,300. I realized that I had to go year-by-year in order to see whether blockchain was “emerging” as a technology.

Starting from 1991 and ending with November 2, 2021,I created the patent bar chart shown below for blockchain.

In 2020, the number zoomed even higher, and almost tripled the previous year’s number, reaching 943.

Blockchain is growing so fast, I won’t predict a total for blockchain at the end of 2021.

Here’s the Bar Chart for blockchain as of November 2: 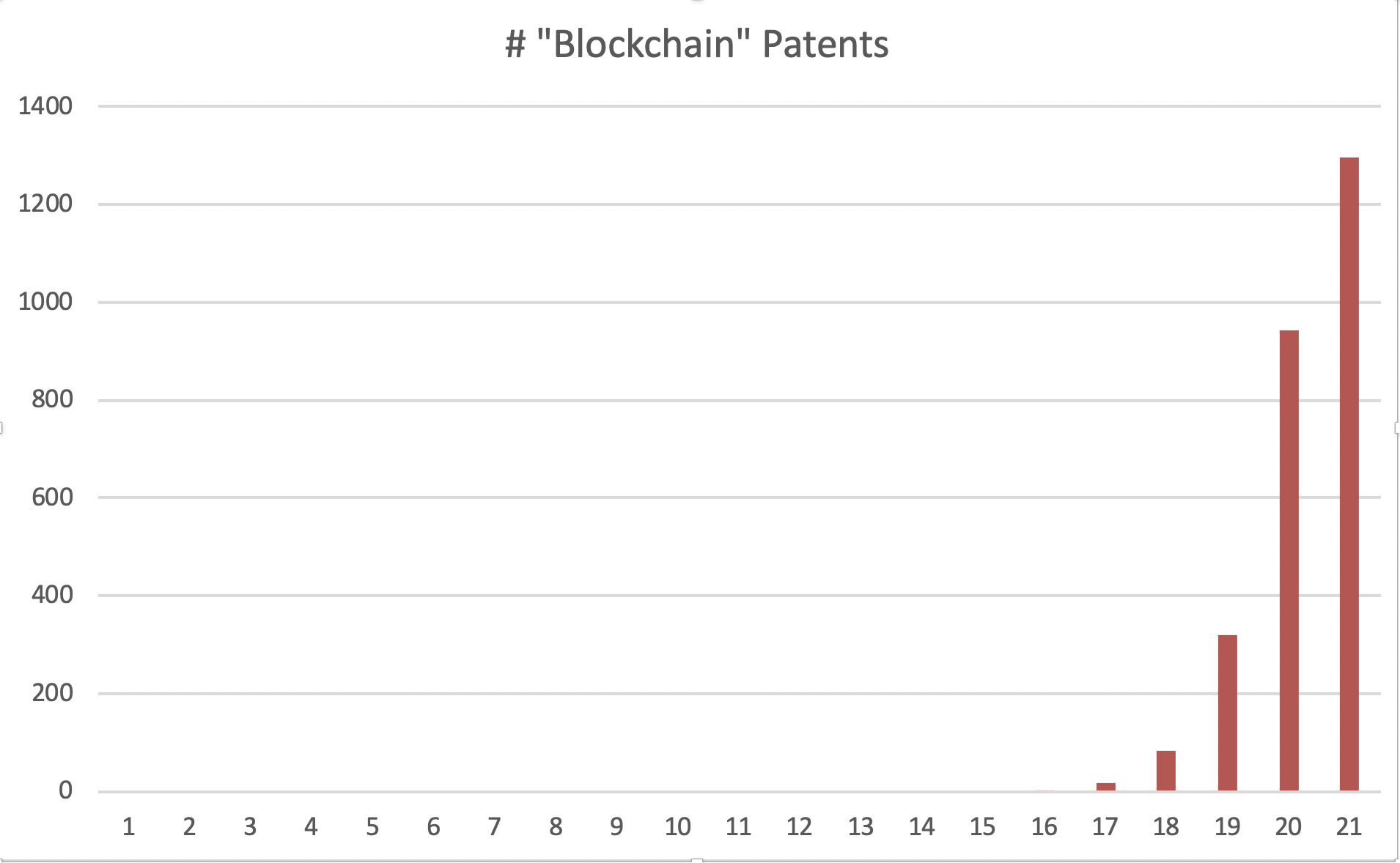 Another interesting question I wanted to explore is how many patents have both blockchain and “deep Learning” in the claims? I combined the blockchain search with the “deep learning” variations, again without caring about the Issue Date, and the result was all of the patents where both emerging technologies were used in the claims. There were only 11 such patents:

The blockchain bar chart was surprising.

On September 28, 2016, in a Fortune Magazine article, “Why Deep Learning Is Suddenly Changing Your Life,” Roger Parloff quoted former Stanford computer science professor Andrew Ng to the effect that, just as electricity changed everything during the Industrial Revolution, so would deep learning change everything now. Later, professor Ng noted that deep learning had been “overhyped.”

The patent data now shows that, if anything, blockchain has been underhyped and is compatible with deep learning. And if the combination of deep learning and blockchain sparks your imagination, and yet another combination — of any two or three emerging technologies — occurs to you, please let me know in the comments.