“American innovation relies on the vitality of small businesses. The current IPR system as implemented has caused severe damage to an important segment of our innovation community…. It is time for the Director to reevaluate the effect of IPRs.” 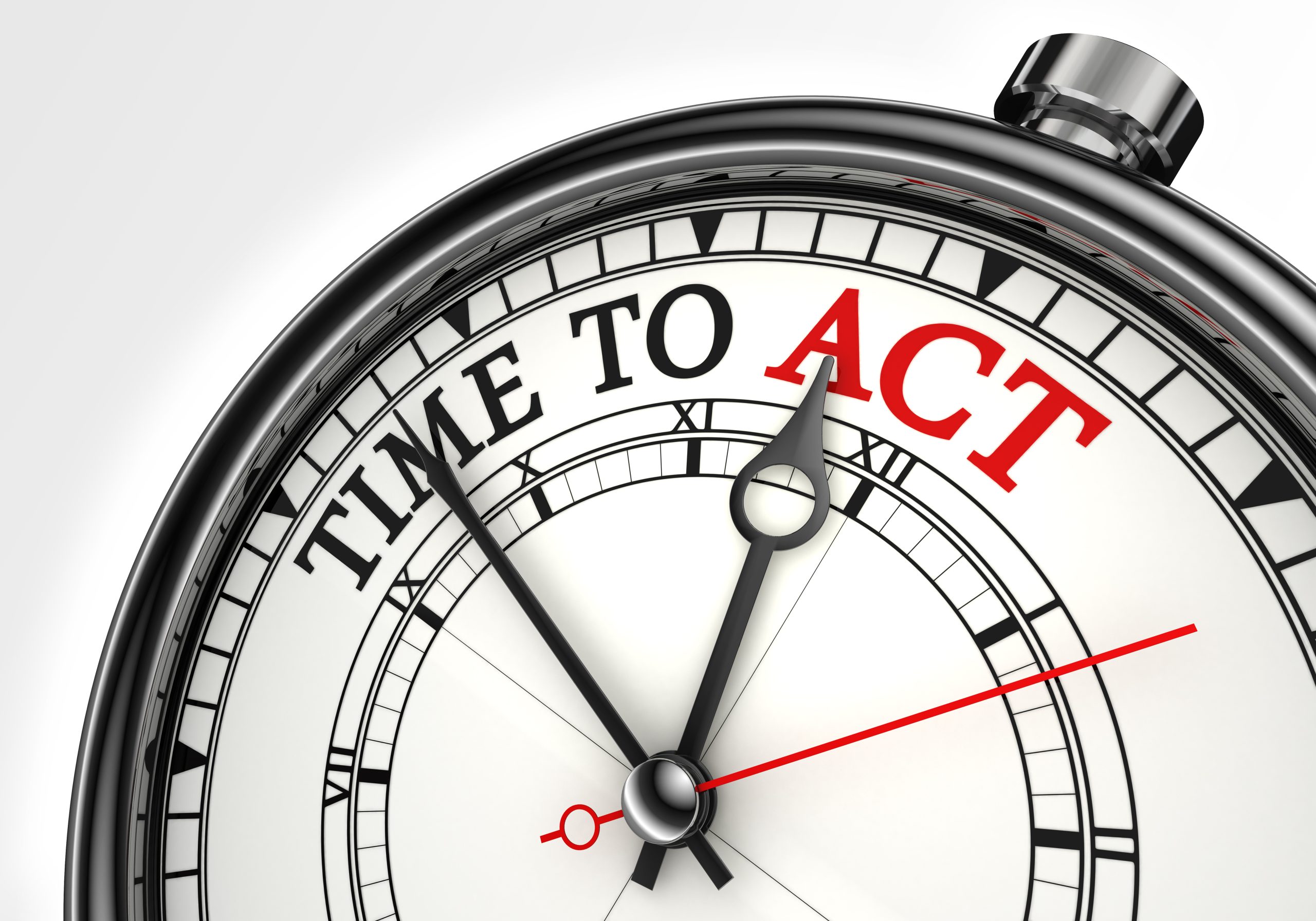 In response to intense lobbying for patent litigation reform, Congress was convinced that a substantial amount of district court patent litigation involved “poor quality” patents that were clearly invalid. Images of extortionist patent trolls were widely portrayed as a primary threat to U.S. innovation. The high cost of patent litigation, years to reach a judicial resolution and reliance on lay juries to determine highly technical issues were cited as evidence of a broken system. In response, Congress passed the Leahy-Smith America Invents Act (AIA) in 2011.

To address this district court litigation abuse, the AIA established the creation of the Patent Trial and Appeal Board (PTAB) within the United States Patent and Trademark Office (USPTO) and both Inter Partes Review (IPR) and Post-Grant Review (PGR) proceedings to challenge issued patents. Congress intended that these trial proceedings would provide a faster, lower cost alternative to district court litigation of patent validity.

The creation of the PTAB and its execution of trials over the last ten year have not been without controversies and judicial challenges. One ongoing area of concern is the high percentage of challenged patent claims that are invalidated by the PTAB. Several reasons have been cited for these unanticipated high invalidity results. The language of the AIA, and its implementing regulations, includes a lower burden of proof than required in district court, no presumption of validity, a heavy reliance on expert reports, a lack of live cross-examination, limited discovery, and allows multiple IPR challenges on a single patent.

Because of the high invalidity rate, IPR trials have been popular with companies accused of patent infringement, which in turn has created two areas that need to be addressed by the USPTO Director. The first problem is “patent mercenaries” attacking patents for the sole purpose of harassing patent owners to earn a profit from their funders. The second problem is the financial strain on small and medium sized patent owners defending IPR suits.

Lobbyists have been consistent that the subset of patent owners that don’t manufacture anything are the justification for IPR litigation. These non-practicing entities (NPEs), they argue, leverage the patent litigation system to harass manufacturing companies in district court. These same lobbyists, however, heap praise on patent mercenary companies attacking patent owners through IPRs, even though these mercenaries neither create nor manufacture anything.

Patent owners, especially inventors and small entities, have incurred high legal fees to defend the validity of their patents. A single IPR can cost well over $300,000 in legal fees for a patent owner. If multiple challenges are filed, the cost can easily exceed $1 million. For large multi-national corporations, these fees are insignificant and considered part of a litigation budget. For financially limited patent owners, these costs are unconscionable.

American innovation relies on the vitality of small businesses. The current IPR system as implemented has caused severe damage to an important segment of our innovation community. Congress instructed the USPTO Director, in 35 USC§ 316(b), to “consider the effect of any such regulation on the economy, the integrity of the patent system, the efficient administration of the Office, and the ability of the Office to timely complete proceedings instituted under this chapter.” It is time for the Director to reevaluate the effect of IPRs.

No Statutes, Rules or Regulations Need to Change to Provide Small Entity Relief

The Director can provide immediate relief to inventors and small entities while maintaining the integrity of the patent system and the legislative purpose of the AIA. There is no question that the USPTO is well equipped to reexamine patents based on prior patents and printed publications. Under 37 CFR 1.520 the Director, at any time during the period of enforceability of a patent, may determine if a substantial new question of patentability is raised by patents or printed publications which have been brought to the Director’s attention, even though no request for reexamination has been filed. The USPTO’s patent organization includes a Central Reexamination Unit (CRU), staffed by experienced examiners, which oversees the examination of all post-grant patent proceedings, including ex parte reexaminations.

The Director is also granted full discretion under 35 U.S. Code § 315(d) to terminate an IPR if there is another proceeding before the USPTO, such as a reexamination, that involves the same patent. By instituting a reexamination based on the art cited in an IPR petition, therefore, the Director can terminate the IPR trial.

The USPTO should start a pilot program to shift some patent validity challenges from the PTAB to the CRU. This program would not ignore the art cited in the IPR petition but would substantially reduce the cost of reconsideration of the patent claims while the inventor returns to a familiar setting before USPTO examiners. As part of the pilot program, the USPTO can create a fast-track reexamination path to reduce the time differential between an IPR trial and a traditional reexam. The results can be fast enough for consideration in any parallel district court proceedings. For example, the timing for a first office action from the CRU could be provided within 90 days of the institution of the reexamination. The patent owner would also be held to stricter timelines for responding to the USPTO.

Some members of Congress remain concerned that NPEs continue to abuse the litigation process to extort settlements from manufacturing companies and small businesses using invalid patent claims. The Director can address these concerns by limiting the reexamination pilot program to the most adversely affected classes of patent owners.

Congress intended the PTAB proceedings to reduce costly litigation by shifting some of the burden from district courts to the USPTO. An unintended consequence of PTAB trials is the creation of patent mercenaries that attack and harass patent owners. This practice costs patent owners millions of dollars to defend their patents with no direct reduction in parallel district court proceedings. Mercenaries claim that by invalidating patents for the good of the system it reduces litigation. But that assertion is speculative at best and wastes valuable USPTO resources. “No patents means no litigation” does not appear to be a solid IP policy for the United States.

The Director can address the patent mercenary problem by allowing any patent owner to participate in the pilot program when attached by a mercenary. To address Congressional concerns of district court litigation, a Director initiated reexamination would only be granted to a patent owner where the owner issues a covenant not to sue the petitioner for infringement of the challenged patent. This should not be a problem since the non-practicing mercenaries maintain that they are independent from their sources of funding.

Not all qualifying patent owners may wish to participate in the pilot program but choose to litigate the IPR. A patent owner, therefore, should be required to file a petition requesting participation in a Director instituted reexamination and corresponding termination of an IPR. The petition should include a certification that the owner qualifies for participation in the pilot program based on their circumstance.

The USPTO can provide needed financial relief to inventors and small businesses while remaining committed to addressing the Congressional desires for the Agency to examine patents that may be invalid in view of newly identified printed publications. By reexamining challenged patents within the CRU, questions of patentability can be evaluated by skilled examiners, reduce costs to patent owners and have a fair patent system that promotes U.S. innovation. No legislative changes are needed, the system would be more predictable and the current concerns of politically appointed Directors unduly influencing discretionary denials should be alleviated. Finally, Congress should allow the USPTO to operate this pilot program before changing the AIA.

Russell Slifer Russ Slifer is the CEO of Black Hills IP, a registered patent attorney and a Principal at Schwegman Lundberg & Woesner, where his practice has focused on intellectual property law since [...see more]