The Patents Keeping the Zombies at Bay

“A circuit closer is placed in the hand of the person to be buried and ‘any return of animation to the buried person…,’ will cause the members of the circuit-closer to be brought together and retained in that position until the grave is opened and the person buried has been removed from the casket.” – U.S. Patent No. 766,171 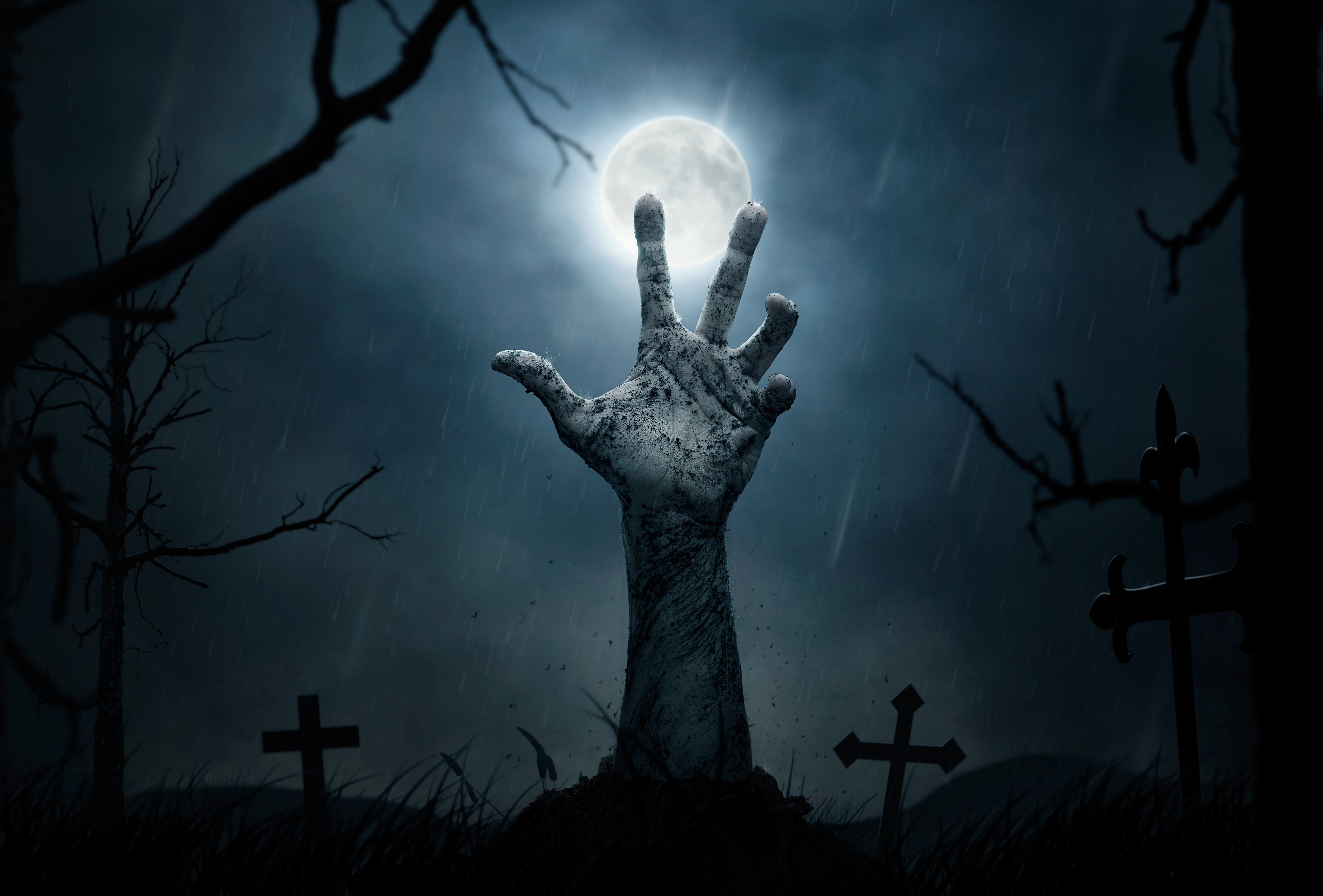 The fear of being buried alive, also known as Taphophobia, dates back centuries and reached a peak during the nineteenth century, when it was difficult to determine when death actually occurred. There have been many reported instances of individuals being buried alive; unfortunately, its often too late by the time the tragic mistake is discovered. The fear was widespread and often the topic of the writings of author Edgar Allan Poe, who wrote in his short story The Premature Burial, “[t]o be buried while alive is, beyond question, the most terrific of these extremes which has ever fallen to the lot of mere mortality… The boundaries which divide Life from Death are at best shadowy and vague. Who shall say where the one ends, and where the other begins?”

In 1884, Anna Hockwalt was getting ready for her brother’s wedding when she became tired and leaned against the wall. When medical assistance arrived and could not revive her, they reported that Anna’s nervous demeanor and heart palpitations were the cause of death. After Anna was buried, her friends told her parents that they observed that “her ears still looked pink as though blood was flowing through them.” When her body was exhumed, Anna’s fingers were bloody and gnawed to the bone and her hair was torn out by the handfuls.

A similar situation occurred in 1891, when Octavia Smith Hatcher fell into a deep coma-like state, was pronounced dead, and was quickly buried due to the heat. In the coming days, it became apparent that there was an illness that caused a temporary coma-like state caused by the tsetse fly affecting others in town. Octavia’s husband ordered her to be dug up only to find her coffin lining had been shredded, her fingernails were bloody and broken, and her face was contorted in terror.

At a time when no undertaker could guarantee that one would not be buried alive, burial was often delayed until signs of putrefaction was apparent as a sure sign of death. Other precautionary measures were also instituted, such as legislation, mortuaries, Humane Societies and mechanical devices. The fear of being buried alive led to many inventions that would help such 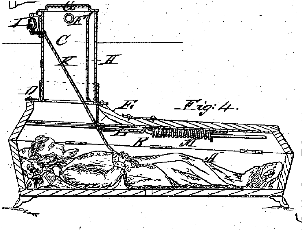 an unfortunate person to escape, breathe or signal for help.

The ‘437 patent was directed to an improved coffin that included a square tube C extending from the coffin, the tube containing a cord attached to a bell and a ladder “by which the person laid in the coffin may, on returning to life, ascend to the surface of the earth.” If the person is not able to ascend the ladder they may ring the bell, thereby saving themselves from premature burial and death. 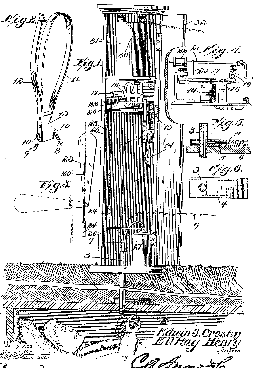 Apparatus for Signaling from Graves

This patent discloses a device for allowing signaling from a grave or sick room and for supplying oxygen to occupants of a casket. A circuit closer is placed in the hand of the person to be buried and “any return of animation to the buried person will result in some movement, and any slight movement of contraction, such as always occurs in cases of

returning animation,” will cause the members of the circuit-closer to be brought together and retained in that position until the grave is opened and the person buried has been removed from the casket. 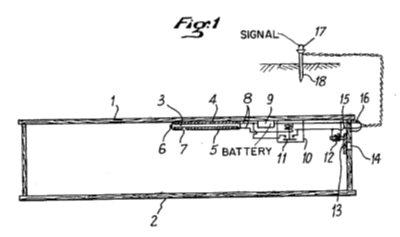 The ‘461 patent discloses an alarm system for coffins including a pick-up device that can be actuated by a movement of the body in the coffin and can close a circuit with a power source connected to at least one alarm device. An aeration device, including a valve and air pump, is provided to aerate the inside of the coffin and is actuated by the closing of the alarm device circuit. “The pick-up device is comprised of at least two conductor elements which are mounted facing each other on the inside of the cover of the coffin, preferably directly above the hands of the body which is in the coffin, in such a manner that they are brought into contact when a hand is raised.” In another embodiment, “the pick-up device is comprised of pull contactors in which one or more pull cords hang freely from the cover of the coffin.” 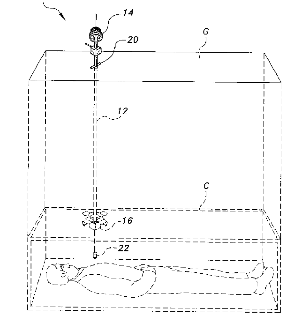 The ‘768 patent makes it clear that premature burial is not yet antiquated, noting that “many societies have religious tenets that require that the remains of the deceased must be interred within a certain time period, e.g., 24-48 hours. In such instances, embalming may not occur and

the chance of premature burial is increased.”  The portable alarm system is a removable system

that enables a person who has been mistakenly interred to transmit a signal indicating that they are still alive.  Security or other personnel may observe the transmitted signal at a signal receiving device.  A lighting device is also provided to provide “illumination in the tomb or coffin to allay the effect of panic for the entombed person.” Once enough time has passed to ensure that the person is truly dead, e.g., 4-7 days, the system removed from the coffin for reuse.