CAFC Shoots Down Due Process Challenges to PTAB Structure 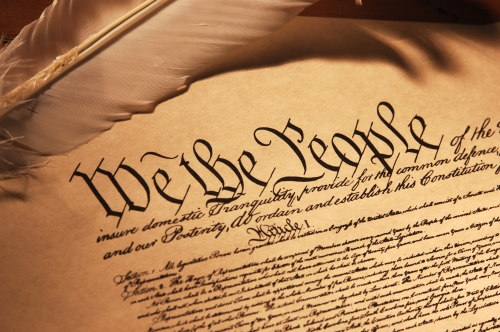 In an appeal from the Patent Trial and Appeal Board (PTAB) brought by Mobility Workx against Unified Patents, the U.S. Court of Appeals for the Federal Circuit today ruled that the structure of the PTAB does not violate due process rights under the U.S. Constitution. While the PTAB’s ruling was ultimately remanded to the USPTO Director for review under Arthrex v. Smith & Nephew, the court said there is no evidence that PTAB administrative patent judges (APJs) have a financial interest in instituting inter partes review (IPR) proceedings. Judge Newman dissented from the majority’s “endorsement of the status quo.”

In turning to Mobility’s constitutional challenges, the court distinguished the present case from two seminal cases on agency due process violations. Tumey v. Ohio involved a mayor’s court in which the mayor was compensated if the defendant was convicted, but not if the defendant was acquitted. Ward v. Monroeville involved another mayor’s court in which fines paid by convicted defendants went to the village, rather than the mayor directly. The Supreme Court found due process violations in both of these cases, while in Dugan v. Ohio, the Court found no violation because the mayor in that case was paid a fixed salary.

The CAFC explained that, unlike the mayors in Tumey and Ward, the Chief APJ, Deputy Chief APJ, and Vice Chief APJs of the PTAB are not responsible for the agency’s finances. They merely support and assist the Director in preparing budgetary requests, and thus their role is “too remote” to constitute a due process violation. Furthermore, the U.S. President submits and Congress sets the USPTO’s budget and controls whether the agency has access to excess funds. Such congressional control “eliminates any argument under Tumey,” said the court.

No Incentive to Institute

Mobility next argued that individual APJs are unconstitutionally incentivized to institute IPR proceedings because it favorably impacts their performance bonuses.

IPWatchdog has reported in the past on the potentially problematic nature of the PTAB’s bonus structure. Mobility argued that the USPTO’s performance bonus scheme, which requires that an APJ must generally earn at least 84 decisional units per year, creates an incentive to institute IPR proceedings. APJs can receive bonuses of $4,000 to $10,000, according to Mobility. Salary increases of up to 5% are similarly conditioned on performance reviews.

However, the CAFC explained that, even if they were to accept this characterization of APJ compensation, “APJs do not have a significant financial interest in instituting AIA proceedings to earn a bonus.” The court continued:

Initially, we note that the number of decisional units earned by an APJ “is based upon the number of decisions authored” and “does not depend on the outcomes of those decisions.” Intervenor’s Br. 38. This stands in sharp contrast to Tumey and Ward, which involved fees that were only collected upon conviction of the defendants.

Additionally, “[d]ecisional units can be earned by participation in non-AIA proceedings, and there is a significant backlog of ex parte appeals,” said the majority.

The court also rejected down Mobility’s additional constitutional arguments, i.e., that USPTO Director delegation of the initial institution decision to “the exact same panel of Judges that ultimately hears the case” violates due process and that subjecting a pre-AIA patent to AIA review proceedings “constitutes an unlawful taking of property”, based on its prior precedent.

As for Mobility’s Appointments Clause challenge, the CAFC agreed that the Supreme Court’s decision in Arthrex v. Smith & Nephew warranted remand of the case to allow for a request that the Acting Director review the final written decision, but said that Mobility’s additional argument that the Director should confirm the claims or dismiss the petition for failing to reach a decision in the 12-month statutory timeframe for IPR should be raised before the USPTO on remand.

The court concluded by saying it will retain jurisdiction over the appeal during the limited remand and that the USPTO must inform the CAFC within 14 days of any decision to rehear and make any request to remand the case in its entirety or to continue the stay of proceedings.

Newman: AIA is Ripe for Review

In her partial dissent, Judge Newman agreed with the decision to remand but said that the America Invents Act is “ripe for critical evaluation” and that the constitutional issues raised by Mobility “require more attention than my colleagues have accorded them, and raise new constitutional concerns.”