Beware the Shadow Statute: ALI’s Copyright Restatement Project is Quite the Fright

“ALI’s Copyright Restatement Project will prop up a pseudo-version of the Copyright Act that does not mirror the law precisely as Congress enacted it – confusing lawyers and judges and trapping creators in a haunted house of mirrors with no way out.” 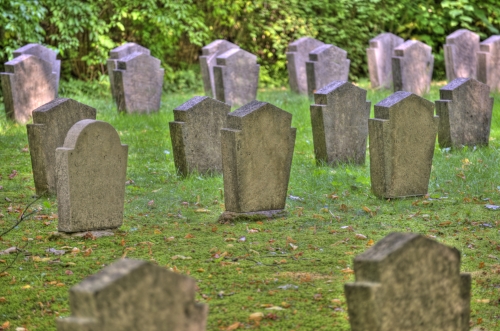 The ALI is an independent organization that produces and publishes academic papers, including “Restatements of Law”—papers on legal subjects that judges and lawyers can use as guidance. Most of the time, ALI’s restatements help advance uniformity and certainty in the court system. But their Copyright Restatement Project is a step in the wrong direction. In fact, it’s a step into a graveyard of killer consequences.

Further, when restatement becomes rephrasing, the practice can have serious repercussions. Several experts have already confirmed that the ALI is rephrasing and even reinterpreting the statutory language of the Copyright Act, making misinformation and bias real concerns. For example, the American Bar Association cautions, “[This] restatement that focuses not on existing law, but on the law as the Reporters would like to see it will be of dubious value and is inconsistent with the restatements that ALI has produced historically.”

Still, it’s not just a project “of dubious value,” it’s a project that will effectively devalue the Copyright Act. ALI’s Copyright Restatement Project will prop up a pseudo-version of the Copyright Act that does not mirror the law precisely as Congress enacted it – confusing lawyers and judges and trapping creators in a haunted house of mirrors with no way out, not to mention ignoring congressional intent.

Creators depend on the Copyright Act to safeguard their creations’ value in the marketplace, and the marketplace depends on creators for stimulation and growth. Copyright-based industries add more than $1.5 trillion to the U.S. economy and support more than 11 million American jobs.

A strong intellectual property system – which, in the United States, includes the Copyright Act – is foundational to this success. The U.S. Chamber International IP Index shows correlations between a country’s IP system and its creative output, as well as its citizens’ access to the fruits of that creative output: The better the system, the higher the output, and the greater the access. Any attempt to weaken the system, like publishing ALI’s Copyright Restatement, would be everyone’s worst nightmare.

It turns out the ALI isn’t afraid of the dark: They’ve chosen to conduct their work almost entirely in isolation. Copyright and legal experts have noted that ALI leadership has been unwilling to accommodate legitimate comments and queries about the substance of the draft restatements. As a result, there are legitimate fears that ALI is pursuing a predetermined outcome out of line with existing statutes or their interpretation by the courts.

Three successive Registers of Copyrights have publicly stated their concerns, as did the Director of the U.S. Patent and Trademark Office, and a bipartisan group of Members of Congress, including Senator Thom Tillis, then-Chairman and now Ranking Member of the Senate Intellectual Property Subcommittee.

Their words are sharp as knives. Scholars Jane Ginsburg and Shyam Balganesh of Columbia Law School, Peter Menell of the University of California Berkeley School of Law and David Nimmer of Irell & Manella told ALI members: “We believe that the unprecedented nature of the project raises significant concerns about the ALI’s reputation and legitimacy.

Unfortunately, despite this chorus of criticism, ALI’s restatement efforts are progressing. As a result, the copyright system as we know it – and as creators use it – may regress, not just to the detriment of our creators, but to all of us who enjoy the fruits of their creative labor. Be afraid. Be very afraid.