“Leaders around the world are not attending to the real issues because they’re hiding behind this red herring of a debate regarding IP waivers.” – Andrei Iancu

On Monday of IPWatchdog LIVE in Dallas, a panel on “The TRIPS IP Waiver: Separating Fact & Fiction” was moderated by president and CEO of the PCT learning center and founding partner of Berenato & White, John White, and featured IP leaders Andrei Iancu, Patrick Kilbride, and Chris Israel. The Trade Related Aspects of Intellectual Property (TRIPS) agreement is an international agreement among members of the World Trade Organization (WTO), which sets minimum standards in the international rules governing intellectual property. In 2020, India and South Africa proposed a TRIPS Agreement waiver proposal that would temporarily waive intellectual property rights protections for technologies needed to prevent, contain, or treat COVID-19, including vaccines and vaccine-related products. The proposal has been hotly contested globally, but the Biden Administration said in May of this year that the United States would back it. 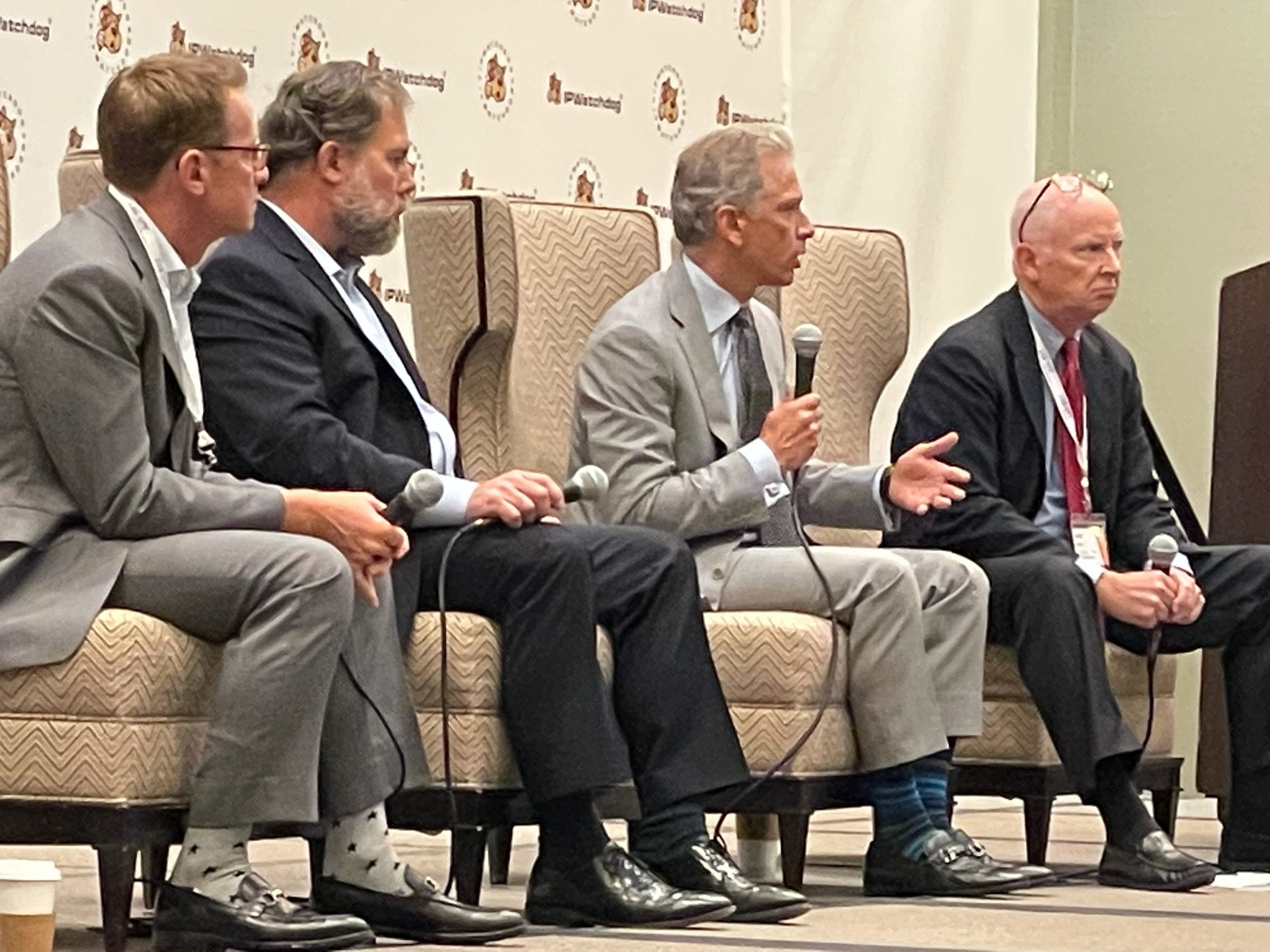 Andrei Iancu, partner at Irell & Manella and former Director of the United States Patent and Trademark Office (USPTO), kicked off the discussion. He explained that the waiver is extraordinarily broad, not only requesting a waiver of patents related to the COVID-19 vaccine technology, but all technologies that impact the treatment and care of COVID-19 related illnesses, including vaccines, respirators, software related to contact tracing, etc. Furthermore, even though the waiver seems on its face to be a temporary solution, it could have permanent consequences. He explained that the danger first lies in the revised language, which states that the waiver shall last for a minimum of three years, after which the waiver can be ended by agreement by the WTO. This is problematic, said Iancu, because in order for any change to be made at the WTO, all 164 member countries must unanimously agree. It is conceivable that at least one country would disagree, and thus the revised proposal effectively would make the waiver permanent.

The Waiver Will Not Achieve Intended Purpose

Iancu further argued that a waiver of IP rights would not accomplish its intended purpose:

In my view, it is incumbent upon governments to show evidence that: 1) a waiver is needed; and 2) it will work for its intended purpose. Their proposal is well intentioned . . . but where is the evidence that by suspending IP rights, something that has never been done, it will actually achieve that purpose [to prevent, contain, or treat COVID-19]? All the evidence, in my view, is to the contrary.

Patrick Kilbride, senior vice president of international intellectual property for the Global Intellectual Property Center (GIPC) at the U.S. Chamber of Commerce, chimed in, explaining that the prevailing view seems to be that the purpose behind intellectual property rights is solely as a reward to capture excess profits, as opposed to covering the costs of innovation. “We at the Chamber [of Commerce] think that is fundamentally mistaken,” Kilbride said. “Intellectual property has not been an obstacle to the production and distribution of vaccines. This TRIPS waiver will take us in absolutely the wrong direction.”

Chris Israel, senior partner and co-lead of the technology and intellectual property group at ACG and former Deputy Chief of Staff to the Secretary of Commerce in the George W. Bush Administration, said that TRIPS already has a compulsory license feature, which allows countries to request issuance of a compulsory license for domestic manufacture of products in response to a national emergency, and therefore a waiver is unnecessary. Furthermore, in his opinion, the Biden administration saw this waiver as a “relatively risk-free silver bullet” that does not actually address the less-discussed import/export challenges:

Iancu jumped back in to say that changing U.S. IP policy after the most successful innovation in human history would be folly. First, he argued, this waiver will not get more vaccines into people’s arms. Second, with the waiver in place, why would companies that are currently investing billions of dollars in vaccine technology continue to invest, if as soon as they release a drug their IP rights would disappear? He explained:

The reality is that there is inequitable distribution of vaccines, there are issues that countries of the world need to address [such as logistics like drug transport] . . . but leaders around the world are not attending to the real issues, because they’re hiding behind this red herring of a debate regarding IP waivers.

Kilbride agreed, explaining that there is a notion that companies are holding the world hostage, which isn’t true in his view. In fact, he said, this does a fundamental disservice to our economy. “The companies are taking tremendous risks—financial, technical, political—and that investment should not be minimized at all. We have to look at this ecosystem with eyes wide open and not throw away what we have.”

Why Stop at COVID-19 Technologies?

Iancu added that, if implemented, the waiver will touch every technology beyond COVID-19 technologies, including climate change technologies and cancer technologies, to name a few. It begs the question – if we do a waiver for COVID technologies, why stop there? Israel agreed that this could set a dangerous precedent, contending that this is not the last major global concern that will attach itself to U.S. technology: “We’ll be unpacking the ramifications of this for a very long time,” he said.