“One might think, with all the serious problems facing the nation, that policy makers would have better things to do than to undermine the law that’s kept us healthy and prosperous for 40 years. Unfortunately, some want to restore the ‘Washington knows best’ attitude that failed before Bayh-Dole.” 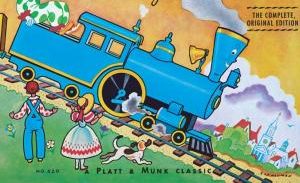 What would you say about a technology commercialization system that kept on performing even through the worst pandemic in over a century? How about if it improved its performance over the previous year and was a critical factor in developing desperately needed therapies to protect people around the world? Would it seem reasonable that this was something that all of us should highly value and want to protect? You might think so, but some in Washington apparently don’t agree.

The Little Engine that Could

That impact happened last year for U.S. academic patent licensing according to a newly released FY 2020 survey by AUTM, a nonprofit organization representing the academic technology management community. These research institutions own and manage federally funded inventions because of the Bayh-Dole Act. Amazingly, their performance in key indicators increased in 2020 over 2019, the previous “normal” year before the COVID- 19 pandemic fully struck. 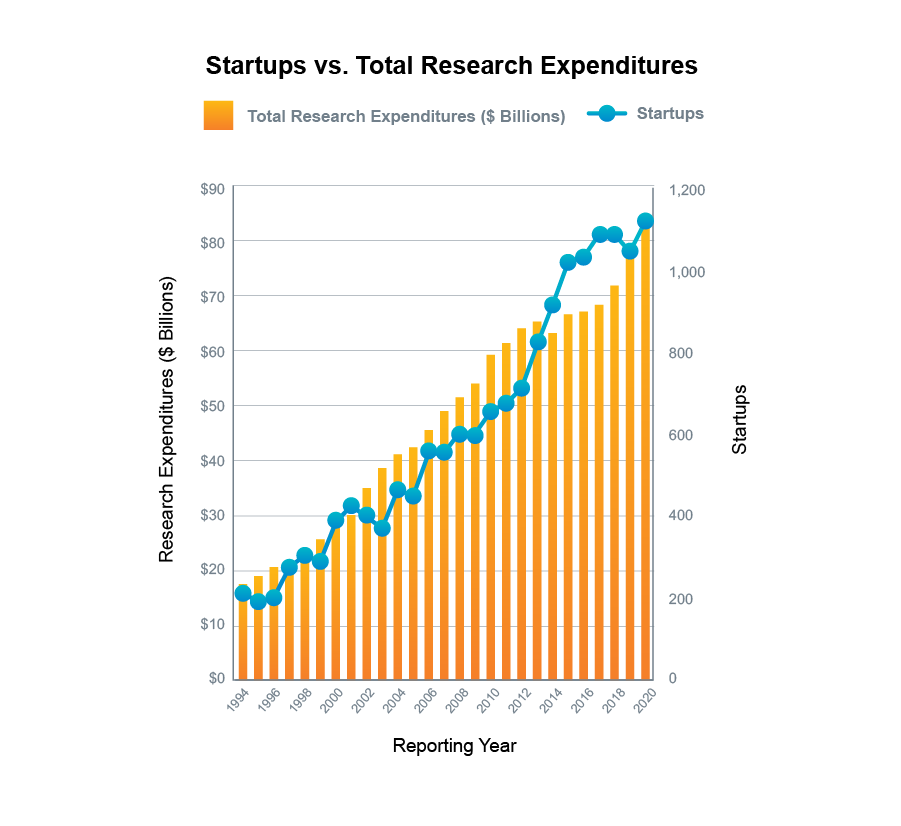 This means we were forming an average of three technology companies and bringing 2.5 new products to the market every day during the worst pandemic in 100 years. Think about that for a minute. Like the little engine that could, our system just keeps chugging along, in good times and bad.

Some might argue that comparing 2019 to 2020 is misleading, as reporting declined at the end of 2019 as the pandemic began to take effect. But the 2020 numbers are higher than 2018 as well. That’s an incredible performance by any measure.

But there’s also a troubling trend that bears watching. Since the 2015 AUTM survey, the number of agreements with large companies (those employing more than 500 workers) declined 23.8%.  As we have discussed before, when asked by the previous administration what barriers were preventing greater commercialization of federally funded inventions, industry respondents answered that fears the Bayh-Dole Act would be misused for imposing government price controls on resulting products was high on the list. Those fears are much greater now—and with good reason.

Soon after taking office, the Biden Administration stunned the companies that worked so hard and took so much risk to develop the most effective COVID- 19 vaccines in the world (which the new Administration inherited as it took office) by signing onto efforts to give away our pandemic-related private sector patents and know-how to our foreign competitors. Then, the Administration inserted language in the President’s latest Executive Order instructing the Secretary of Commerce to hold off on finalizing a long pending regulation. It would have ensured that march-in rights under Bayh-Dole would not be misused to allow the government to set prices, but utilized for its statutory intent of providing oversight so good faith efforts are being made to turn government-funded inventions into products. But that’s all up in the air now.

Those blows were bad enough, but that wasn’t all. As discussed in the last column, prominent Members of Congress are pressing the Biden Administration to misconstrue the march-in rights clause to control prices of products arising from National Institutes of Health and Department of Defense funding. Similar efforts were rebuffed under the Obama-Biden Administration as unfounded under the Bayh-Dole statute.

Then, the Department of Energy suddenly implemented a new policy designed to encourage greater domestic development of inventions made from their R&D. It issued without guidance and created questions for how these technologies can be licensed and whether the Department intends to have a say in how companies owning or licensing them can be sold or merged. Stories are already circulating of potential licensees walking away as a result.

All of this adds to the uncertainty that the government will remain a reliable partner in high-stakes R&D partnerships. You can only shake a system so many times before cracks start to appear.

One might think, with all the serious problems facing the nation, that policy makers would have better things to do than to undermine the law that’s kept us healthy and prosperous for 40 years. Unfortunately, some want to restore the “Washington knows best” attitude that failed before Bayh-Dole. Then, federal funding was the kiss of death for commercialization, as thousands of inventions sat on the shelf, gathering dust, benefitting no one. Going there again would be disastrous, particularly as we would be consciously repeating the costly mistakes of the past.

Chinese leaders are openly boasting that the era of our dominance is over. They are deadly serious about pushing us aside. This is no time for unforced blunders. If something’s working, leave it alone. Even “the little engine that could” can’t keep chugging along if we wreck the tracks.