Is Your Brand Protection Strategy Defamation-Proof? 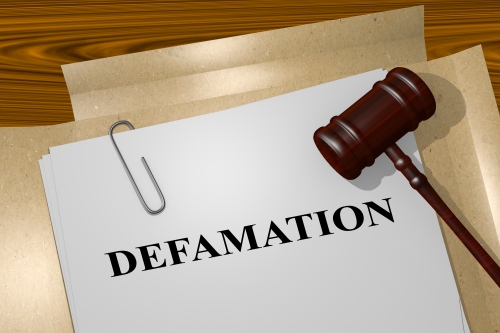 Robert Willison, an Atlanta real estate investor, could not believe what he was seeing on the computer screen. A business associate had mentioned that Mr. Willison might want to Google himself, as some odd search results were appearing.

And there they were. Post after post after post, across numerous websites and social media platforms, alleging that Mr. Willison was a sociopathic criminal. According to the posts, Mr. Willison sold drugs to federal judges, stole credit cards numbers, stole money, made death threats, committed home invasions, masterminded a Ponzi scheme, and more.

Mr. Willison knew immediately who was behind it. A few months prior, he had caught a former employee kiting checks and embezzling money. The man was being investigated by the district attorney’s office, and likely was heading to prison. Mr. Willison was slated to be the primary witness. The smear campaign was undoubtedly designed to discredit Mr. Willison before he testified.

That day marked the beginning of a three-year saga for Mr. Willison. The posts continued, and the antics escalated. The savvy ex-employee filed numerous criminal and civil actions against Mr. Willison, which shrouded their publication in privilege.

Mr. Willison considered filing defamation lawsuits, but he realized that any such case would require him to turn over extremely personal financials and other records. He also knew that the perpetrator was almost penniless, and judgment proof.

Instead, Mr. Willison took a different approach, which resulted in removal of the defamatory content and some positive press. Today, Mr. Willison’s online presence reflects a successful real estate business, not a psychopath engaged in prolific criminal acts.

Mr. Willison’s story is scary, and unfortunately, he is not alone. The internet and the numerous publishing platforms enabled by social media sites have provided an unbelievable ability to self-publish, giving anyone with internet access a worldwide audience. For most people, this means they share family photos, cat videos, opinions on politics and news stories, or their thoughts on a hot topic in their professional industry. But for others, the ability to self-publish provides a weapon to punish, defame, stalk, and harass.

Understanding the best practices for handling these situations can help turn them around, just as Mr. Willison did, to protect your online reputation – a valuable component to both an individual and their business’s intellectual property.

Defamation is the publication of an unprivileged factual statement that is untrue, which damages another’s reputation, and which was made with the requisite degree of fault.

This is a surprisingly high bar, considering what is not defamation:

And there are the examples of what is usually not defamation, as a result of a qualified privilege or other defense:

Who is Liable for Defamation?

In most contexts, the person or entity that published the content, as well as those who republish the content are liable. Web hosts are immune from liability for what their users post under Section 230 of the Communications Decency Act. This means that Facebook cannot be liable for what its users publish on its website.

The first step should rarely, if ever, be a lawsuit. Not only are lawsuits expensive and hard to win, but many courts have found that injunctions violate the First Amendment. In other words, the remedy may not be that the post is ordered removed.

Some better strategies and options include:

If the practical strategies don’t work, it may be time to consider a lawsuit. Libel cases are full of traps for the unwary, and careful strategy is critical.

Document the content. Be sure to capture screenshots of the content at issue, preferably by a neutral third party that can attest to the date and accuracy of the screen capture. Also capture all of the comments that may have been made by other users in response to the initial post. These comments may enhance your claim by showing that the post was widely read, that it was believed to be true, and that people reacted negatively towards it.

Seek a retraction. Many states limit remedies to plaintiffs who have not properly complied with the state’s retraction statute. Check your state laws and make sure a proper retraction demand has been made before filing suit.

Sue the right entities. The host of the content is typically immune from liability. Review the protections afforded by Section 230 of the Communications Decency Act and avoid drawing in the content host unless you are confident that Section 230 does not apply. Also, even if you have strong suspicions as to the true identity of the publisher, if your defendant is an anonymous poster, you may have to sue a John Doe and subpoena the host to prove you have sued the correct party.

Be absolutely sure you have a claim. Carefully scrutinize the statements at issue and ensure that you truly have a false statement of fact, published with the requisite degree of fault, and not subject to any applicable privilege. Many states have enacted anti-SLAPP statutes that may result in very early scrutiny of your complaint and its likelihood of success on the merits. If you lose the anti-SLAPP motion, you will be required to pay the defendant’s attorney’s fees. It’s best to hire an attorney experienced in libel cases to ensure that the complaint will withstand an anti-SLAPP challenge.

Be realistic about remedies. Many keyboard warriors turn out to be insolvent. Many courts won’t award an injunction. Carefully consider what you realistically can achieve, even if you win.

Amanda Groover Hyland is a partner at Taylor English in Atlanta. She focuses her practice on intellectual property, media, and First Amendment counseling and litigation for a variety of corporations and non-profits.